Sundance 2018: Clara’s Ghost REVIEW – An Exaggerated Look At The Elliotts 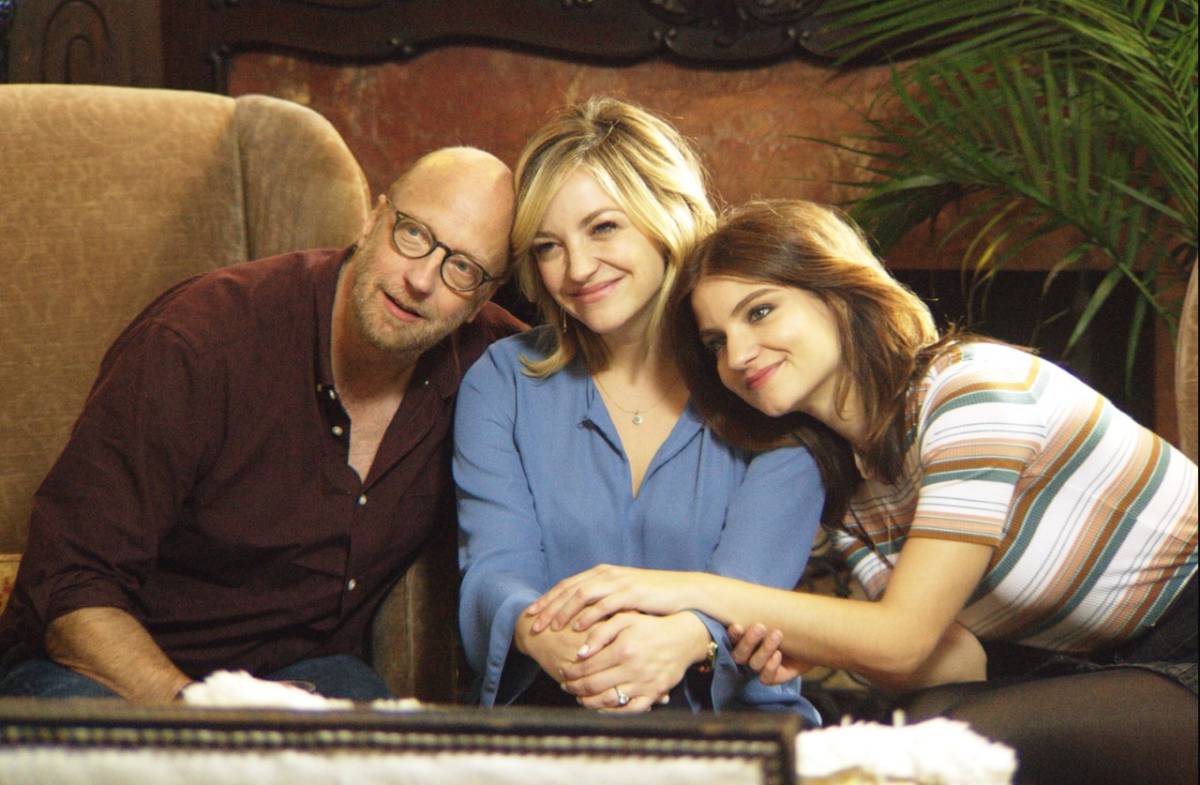 Clara’s Ghost, the feature directorial debut from writer-director Bridey Elliott, offers audiences an exaggerated glimpse into the lives of one of America’s most comedic families. The supernatural comedy makes for a solid first feature from the younger Elliott daughter as she makes her return to Sundance two years following the premiere of the short film, Affections.

Ted Reynolds (Chris Elliott) is a comedic actor and he’s worried that he is no longer as popular as he used to be. Ted just lost out on a job for a series produced by his future son-in-law for reasons that the film doesn’t get into until later. He’s married to Clara (Paula Niedart Elliott), a mostly invisible mother, and as the film starts, they are searching for a missing shoe that she bought at Marshall’s.

Ted and Clara’s two daughters, Julie (Abby Elliott) and Riley (Bridey Elliott), are former child stars and still get recognized for their work as the Sweet Sisters. It’s nine weeks before Julie gets married and there’s no way that the Reynolds are going to be ready for the affair. At the request of their parents, the two of them travel back home to their parents’ house for a photo shoot arranged by an airline magazine. At the same time of their trip, the family dog is celebrating a birthday and drug dealer Poo Poo (Haley Joel Osment) joins in on the festivities.

There’s a lot of drunken craziness that goes down, whether it’s Clara dancing to The Seekers’ “Georgy Girl” or drunk-calling a winery to tell them her thoughts regarding one of the wines that they have on sale. This bit has a nice payoff late in the film.

With stars such as the Elliotts in the leading roles, one clearly expects a comedy. There’s a lot of good material by way of Ted, Riley, Julie, and Poo Poo. When the three Reynolds members get together, just about anything can and will happen. Throw in the wine and drugs and it’s only a matter of time before crazy becomes raunchier.

With the title, there’s no doubt that supernatural forces would be at play and it comes in the form of Adelia (Isidora Goreshter). The film goes into a little bit of backstory on who she is, which only adds to the thrills of watching later one. On the genre front, it’s the thriller that comes late on that you wouldn’t expect.

On casting, there’s some irony in casting Osment in a film in which a character sees a ghost. As funny and meta as it would have been for Poo Poo to see Adelia, it would have served as nothing more than a cheap joke.

Perhaps the biggest surprise to all is that Paula Niedart Elliott is no longer that invisible mother behind the scenes. She might not be as famous as the rest of the family but her character, Clara, is front-and-center even when the family is being self-centered and too absorbed in their own mess to pay attention to her.

After a breakout performance in 2015’s Fort Tilden, Bridey Elliott has proven to be a triple-threat. She manages to get a breakout performance out of her mother, Paula, and allows her sister, Abby, to get some time to shine, too. When all is said and done, Clara’s Ghost is a film that’s best enjoyed with a vodka in your hand.

An official selection of the 2018 Sundance Film Festival, Clara’s Ghost premiered as a part of the NEXT program.