Struggling On Switch Is Like Heave Ho For Satan 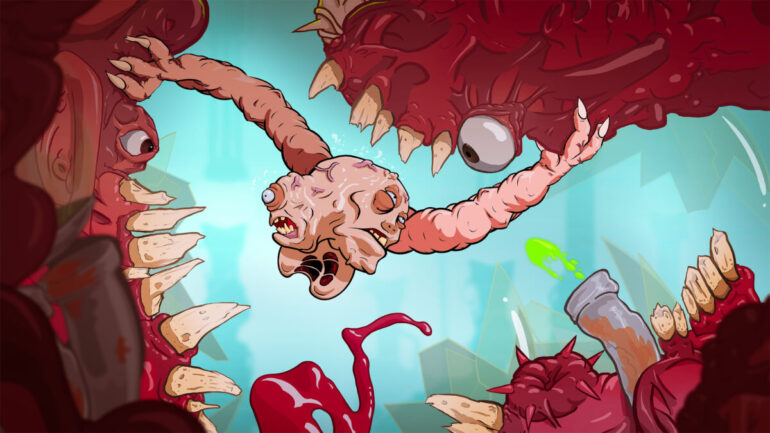 Frontier Foundry and Chasing Rats Games have today announced — and released — Struggling for Nintendo Switch and yes, it is okay if you want to clutch some rosary beads after first looking at it.

It instantly brings to mind something like Heave Ho, though Struggling is a physics-based co-op platformer for up to two players rather than the aggravating party game of Heave Ho.

And the Struggling synopsis:

“Struggling is the physics-based co-op platformer where up to two players control the arms of our fleshy hero, Troy, as he sets out on an outrageous adventure. Outrun ravenous rats, joyride a dirt bike, and vault over pools of unmentionable waste, all on your epic quest to unlock Troy’s full potential.”

Thanks for the nightmare fuel, Chasing Rats Games. Also, I like a game called Struggling being on the Switch eShop as I always struggle to navigate the eShop as it is very bad! Still very bad! Three years later!

Struggling is available now for Switch.