Streets Of Rage 4’s New Update Is A Transformative Experience

Let the Rage flow through you. 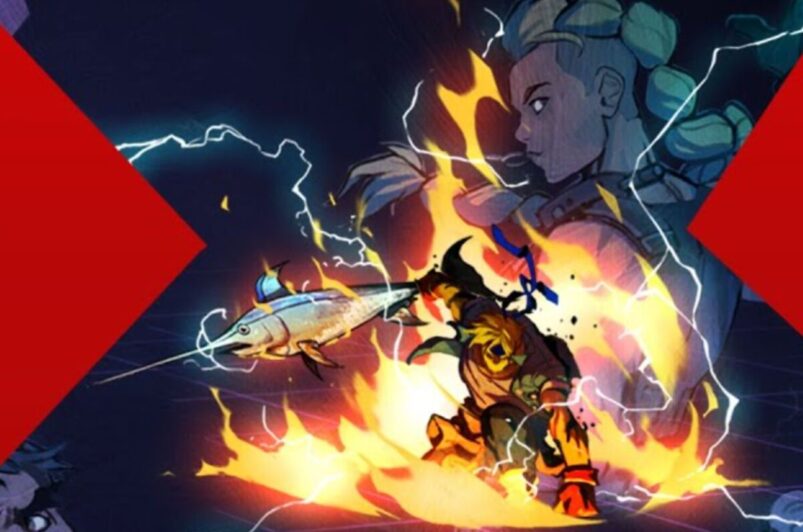 It’s no secret that Streets of Rage 4 was one of the best games of 2020, with Dotemu, Lizardcube and Guard Crush putting together a god tier beat ‘em up revival of a legendary series. With a lovely art style, great music and gameplay that infused the classic simplicity of old school Streets of Rage into a modern, combo and juggle heavy structure, created a world conquering beat ‘em up.

Thanks to all the success that Streets of Rage 4 managed to generate, with the game selling 2.5 million copies in the year after its release, and simultaneously becoming one of the most played games on Xbox Game Pass, some kind of follow-up was to be expected. The announcement of Mr. X Nightmare, a DLC for the game that adds new modes and characters, wasn’t entirely shocking, but now that the DLC and free update have landed, the result is a complete transformation of the entire game. Truth be told, the best additions might not even be the premium ones.

On the paid DLC front, Mr X Nightmare introduces a roguelike-esque Survival mode, along with three characters who were previously unplayable bosses from the main campaign. There’s Max and Shiva, who are legacy characters for Streets of Rage, alongside newcomer Estel, each bringing their own unique flavour. Max is another, much needed heavy character, with plenty of room for grab attacks, while Shiva’s technical abilities can lead to lots of stylish combos. Then there’s Estel, who’s just incredibly fun to play — she’s definitely a new favourite character.

As for the Survival mode, players take on endless waves of steadily escalating goons, along with the occasional boss fight, with each wave giving players their choice of randomly generated reward. Not to draw the ire of those who love citing the “getting a lot of Boss Baby vibes” tweet, but the mode does feel like a similar mold to Hades. Yeah, there are other roguelikes, but Hades rewards every fight instead of exploration, and the same is true here. So long as you can survive the wave, you’ll become more powerful.

The buffs themselves, even from just a few runs, are pretty varied and quite interesting too. You can add elemental effects to specific moves, like specials, blitz attacks or combo enders, while others can wildly change your play style. One buff lowers your damage by 90%, but ups your damage by 2% for every successful hit on your combo meter, leading to wildly exponential damage. Another removes the ability to heal from consuming food, but gives your attacks life steal.

On top of all that, success in Survival Mode allows players to unlock new moves for the character they used, meaning you can create your own custom layout with new combos and abilities. It’s almost like the variation system in Mortal Kombat 11 in that sense. Between the sheer range of buffs and abilities you can play around with in Survival coupled with the unlockable moves, there’s just a bonkers level of tools that veterans players can mess around with. For veteran players who love making combo videos, your next month of content is sorted.

Despite all that though, the real game changing addition to Streets of Rage 4 isn’t even from the DLC, and I’m not just talking about the pretty palette swap colours for every character, even though they are very nice. The free update introduces a swathe of tutorials into the game, which goes from just the basics of how to punch dudes, to the more advanced tech of using a throw’s invincibility frames to dodge attacks. There’s even in-depth “trick” focused lessons for each of the eight characters developed for Streets of Rage 4. The retro characters don’t need as much learning, it seems.

Don’t get me wrong, some of the tutorials do become quite advanced rather quickly, particularly those focused on air combos mixed with wall bounces, so there’s the possibility that some players will struggle to execute these combos or complete these tutorial challenges, but the beauty of a game like Streets of Rage 4 is that you don’t really need to know these tricks in order to have fun.

If you want to just throw the game on easy mode, beat up some punks and have a laugh, you can do it. The tutorials now just make those upper echelons, like Mania or the new Mania+ difficulty settings, much more obtainable without consulting third party wikis. Sometimes, it’s just nice to have all the relevant information available in one place instead of searching the four corners of the internet to find “good wall bounce adam hunter combo video” on YouTube.

With the release of Streets of Rage 4, Dotemu, Guard Crush and Lizardcube established themselves as pretty much their own Mount Rushmore of beat ‘em up games. Mr X. Nightmare is their well-deserved victory lap, and I’m just throwing it out there, but if you wanted to make even more DLC for SoR 4, or even just make SoR 5, I’d buy it in a heartbeat.

P.S: I was going to end on a “I just wish you added achievements” bit, because the list never updated when I played the night before writing this, but I checked TrueAchievements and there are some more. Never mind. It’s the perfect DLC.