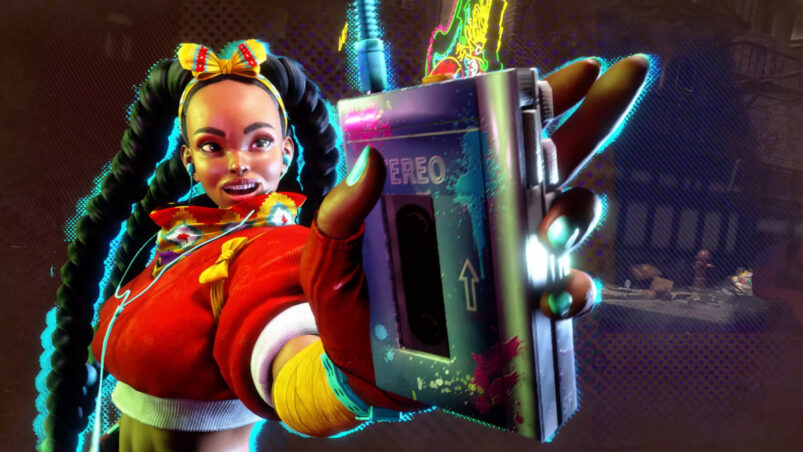 Street Fighter 6 promises to be the start of a bold new era for fighting games’ most prolific franchise. Each new instalment introduces a plethora of new characters that add something new and fresh to the series’ dynamic, but few characters have ever been as interesting as Kimberly, SF6’s new take on the ninja archetype. With her own unique swagger and style, Kimberly could be one of the game’s most popular characters.

Here’s everything you need to know about Kimberly’s movelist in Street Fighter 6, including her Special Moves, Overdrives (EX Moves), Unique Moves, Super Arts and Critical Arts.

Those who used to play Guy will likely have a field day with this move, as the similarities are pretty obvious. The Bushin Senpukyaku is a series of spinning kicks that launches enemies into the air. Depending on the strength of the button pressed, the trajectory of the move changes, along with its damage. The move can be used as an anti-air, or it can be a great combo ender. Pressing two kick buttons will perform the Overdrive version, which adds more hits and damage to the move.

(quarter circle back + kick during a forward jump)

Another hurricane kick that’s performed in the air, the air version of the Bushin Senpukyaku allows Kimberly to deal a lot more damage to opponents that are being juggled. It can also help keep your opponent guessing, as the move alters your in-air trajectory. The normal version of the move lets you stop in mid-air, while the Overdrive version gives you some additional aerial distance, which can be good for cross-ups on the opponent.

Sprint is Kimberly’s main way of closing the distance on her opponents, and she’s got plenty of attacks and options at her disposal. We’ll details all of them below, as there’s plenty to remember, but one important thing to remember is that you can use and Overdrive Sprint by pressing two kick buttons, which boosts the amount of damage these subsequent attacks will deal out.

(any punch during Sprint)

A simple one, this. Pressing punch during Sprint will see Kimberly come to a complete halt, which might not sound useful but you could use the Emergency Stop to try and bait out an opponent’s uppercut as they anticipate your Sprint.

The Torso Cleaver is a somersault kick that can be handy at bringing down opponents who jump around more than the House of Pain.

Probably one of the most useful attacks from Sprint, Shadow Slide lets you attack an opponent’s feet from a decent range, and because an opponent can’t block low unless they’re crouching, Shadow Slide is a great way of catching people out.

Another great move for breaking through an opponent’s guard, the Neck Hunter kick is an overhead attack that cannot be blocked by crouching. If you want to keep an opponent on their toes, keep your usage of Shadow Slide and Neck Hunter varied, and your opponent will have to rely on their reactions.

(automatically activates if the Sprint gets close to the opponent, even if they’re blocking)

Arc Step sees Kimberly perform a backflip by kicking off the body of her opponent. From here, Kimberly still has two options at her disposal, which will still keep her opponent guessing.

A throw attack that follows up after Arc Step, Bushin Izuna Otoshi sees Kimberly grab her opponent, fling them into the air and then powerbomb them onto the floor. If you’re playing against someone who loves to hide behind their block, this move will do you a lot of favours.

A powerful dive kick performed after an Arc Step, the Bushin Hojin Kick can be great for dealing with opponents who try to move after being hit with the Arc Step. If you use an Overdrive Sprint and land a Bushin Hojin Kick with your opponent next to a wall, they’ll splatter onto it and be vulnerable to a follow-up attack.

Vagabond Edge sees Kimberly lunge towards her opponent and deliver a knife-edge chop. If you use the medium punch version, she’ll follow up with a jumping roundhouse kick, while the heavy and Overdrive versions see Kimberly kick her opponent into the air. Crucially, the heavy and Overdrive versions can also be cancelled into a jump, allowing for more combo potential while your opponent is in the air.

Kimberly wouldn’t be much of a ninja without some kind of teleporting move, and Hidden Variable does just that. The regular version of the move sees Kimberly rushing towards her opponent’s face, but the Overdrive version teleports Kimberly into the air above the opponent’s head, which allows for some unique attacking opportunities.

Kimberly has a unique ability as part of her kit where she can use modified paint cans as Shuriken Bombs. Kimberly starts out with two Shuriken Bombs, which she can throw out by pressing the above input. These cans will explode after a short time, and launch the opponent into the air for massive follow-up damage. Once Kimberly runs out of bombs, performing the input will result in Genius At Play, which refills her bomb count by 1.

(quarter circle forward during any jump)

A nice aerial grab, the Nue Twister is a brilliant combo ender for opponents who have been launched into the air. The move sees Kimberly grab her opponent and drive them head first into the grab, resulting in excellent damage. There’s an Overdrive version too, which turns the moves into a spinning Izuna Drop for massive damage.

A low attack that slides along the ground towards your opponent, the Water Slicer Slide is a great way of opening your opponent up from a decent distance, especially if they keep neglecting to block low.

A powerful overhead attack that can punish excessive crouching, the Windmill Kick is a great tool in Kimberly’s arsenal alongside all her other mix-up options.

An elegant leaping kick that looks like Kimberly is competing in a hurdles event, the Hisen Kick has a unique property called Step Up. Once the move lands or is blocked, Kimberly can jump forwards, backwards or vertically. It’s a great tool for keeping your opponent on their toes as you set up for other attacks, or get out of dodge with the back jump.

(down + medium punch at the peak of a forward jump)

This move is a bit specific, considering it has to be at the peak of a forward jump, but it’s just another notch in Kimberly’s devastating mix-up game. The Elbow Drop sees her dive straight down, elbow first onto her opponent’s head. If your opponent is anticipating a cross-up, an Elbow Drop might be a good option instead.

The Bushin Tiger Fangs is a two hit punch combo that crucially can be cancelled into special moves. If you’re looking to do massive damage, this is a good starter for your combo.

A simple, four hit combo that deals a decent amount of damage. Combined with some jumping attacks or a crouch jab, this is a brilliant combo to keep in mind.

The Bushin Hellchain deals a little bit more damage than the Prism Strikes, and can put some distance between you and your opponent.

Similar to the Hellchain combo, except this combo ends in a throw that sees you switching position with your opponent. Between both moves, you can control the fight to try and keep your opponent in the corner and pile the pressure on.

A Super Art with plenty of invincibility, Bushin Beats sees Kimberly rush towards her opponent, knock them down and deliver a huge volley of attacks. The move does decent damage, and can be comboed into from certain ground-based moves. If you have at least one paint can on you when you land this move, you’ll instead perform the Bushin Thunderous Beats variant, which ends with Kimberly throwing an explosive can for a bit of extra damage. It’s not a ground-breaking amount of damage, but every little helps.

An incredibly stylish and effective move, the Bushin Scramble Super Art sees Kimberly taking to the skies to divebomb her opponents, only to follow up with a series of devastating mid-air attacks. If you’ve got an enemy who’s throwing a lot of projectiles while you’re sitting on two bars of super meter, a well-timed Bushin Scramble could very well catch them out.

The Soaring Bushin Scramble isn’t really any different from the vanilla version, except that activating it in the air during a forward jump gives you more options in how to incorporate the move into combos. It’ll take practice to get to grips with this move though.

Kimberly’s ultimate technique, the Bushin Ninjastar Cypher combines art and violence to create a real spectacle. The move sees Kimberly launching her opponent into the air, before battering them with strikes and paint cans, all the while leaving a pretty design on the floor. As an added bonus, Kimberly starts listening to some tunes during the move, which boosts her walk speed and attack power. Like all over level 3 Super Arts in Street Fighter, there’s also a Critical Art version that’s available at 25% health or less, which deals even more damage.