10 Years Later, Stoker Is Still As Underrated As Ever 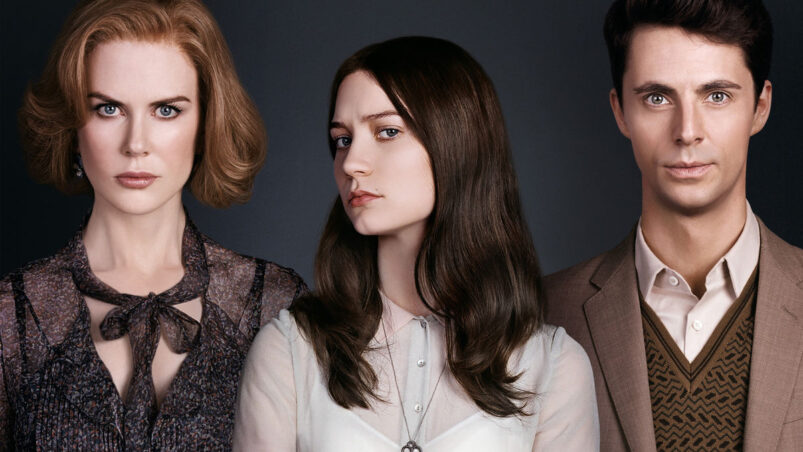 Stoker is one of those movies where there’s all these great ingredients, yet not many people know about it. It’s directed by Park Chan-wook, written by Wentworth Miller (yes that Wentworth Miller), and has a trio of talented actors: Nicole Kidman, Matthew Goode, and Mia Wasikowska. Stoker is also Park’s first foray into English language cinema, and while he’s known more for his Korean films, Stoker is certainly no slouch. The film is a masterclass in tension and atmosphere, where even a simple dinner conversation can keep us on the edge of our seats.

Stoker begins with the death of India’s (Wasikowska) father Richard, an event that happens to coincide with her birthday. Richard’s death brings his brother Charlie (Goode) back into the picture, who decides to stay with India and her mother Evie (Kidman) as they work through their grief. There’s clear fascination between him and India, but the viewers are unaware (initially) as to what drives it. India goes out of her way to avoid him, also seemingly not pleased that her birthday shoes over the years were presents from him. What does he want with her, and why is he holding back the latest pair of shoes he got her?

Goode is so unnerving as Charlie, and is able to twist his handsome features to convey the hidden malice of the character. It’s hilarious to see a bunch of school girls go all gaga over Charlie as he races beside India’s school bus in his car, when we’re privy to the fact that there’s something not quite right about him. The tenson between Charlie and India is electric, with potent stares and sardonic smiles, and this song and dance between them culminates in one of the most intriguing music scenes I’ve seen in a film.

We know India plays the piano, since we’ve seen her sitting down and distractedly playing a tune from time to time. What starts as one of those moments spirals into something else when Charlie stands beside her and starts playing the piano with her. It’s thrilling stuff to see their fingers dance across the keys, with the frequent close-up shots of their hands to highlight the intimacy between them and their shared legacy. There’s chemistry and things get strangely erotic, and we’re like ew he’s her uncle, but this is all done with purpose. Park uses India’s pleasure in this duet to signify how the parts of her that were dormant are now waking up.

There’s frequent imagery of India savoring her food, licking her plate clean no matter what Charlie puts in front of her. The emphasis on appetites is intentional – Charlie’s even watching a nature documentary about eagles and how patiently they wait for their prey at one point – with Park highlighting the twisted and dark appetites that are inherent to both Charlie and India. His presence here in her home ignites this dark fever in her, and she realises she can’t suppress it anymore as she watches him kill one of her classmates, and feels nothing but pleasure at the act.

As she strolls into Evie’s bedroom decked out in the exact silk negligee her mother is wearing, her transition to adulthood is complete. We then realise that all those hunting trips Richard had with India wasn’t for the purpose of father-child bonding, it was so that she could exercise her bloodlust in a safe and controlled way. With his death and the appearance of Charlie, these parental controls he placed on her have been lifted, and the sociopathic vampirism comes into full bloom.

However, despite India and Charlie’s shared passion for murder, India isn’t like him. She loved her father and was deeply affected by his death, and even though she and Evie never saw eye to eye, she does love her mother too. This is why she kills Charlie at the end, and doesn’t allow him to kill her mother, even if she’s killing the one person who could ever truly know her. The final shot of her standing in a field echoes the first shot in the film, where India tells us that she’s wearing her mother’s blouse, her father’s belt and her uncle’s shoes. They are all part of who she is: she’s embraced the darker sides of herself, but there’s still humanity in her as she spares her mother’s life.

The suspense, the build-up to the revelation of who Charlie is and how India fits into the picture, is all done so well. Even little moments, like Evie closing one door and the pause before Charlie closes the other, heightens the tension in the film. Park is the kind of director who elevates any material he’s given, and Stoker is proof of that.

Bones and All received so much praise and attention last year, praise well-deserved because it’s a brilliant movie, but I can’t help but think that Stoker could have reaped similar success if it was released in a time where viewers could appreciate its bold ways.

Ten years later, it still has its grip on me, and I’ll probably never be able to let go.

READ NEXT: 20 Best Cosmic Horror Movies of All Time