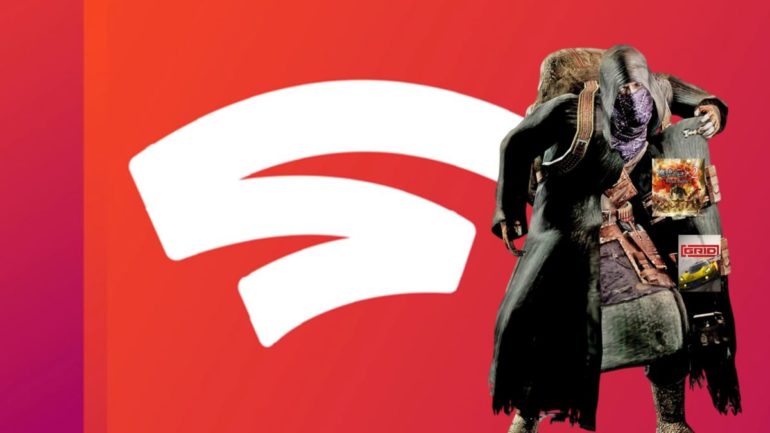 Following a ridiculously drawn-out process of setting up my Stadia involving missing codes and two apps too many last night, I finally settled in to play the thing I paid good money for at around midnight — and I’m one of the lucky ones.

With my three months of free Stadia Pro, Destiny 2 and Samurai Shodown were mine to play straight away and, I have to say, it was surprisingly smooth. Minus around 0.2 seconds of input delay, which was truthfully barely noticeable, I hopped between both games with relative ease (you still have to go to your phone app, though) and then went over to the store to see what else I could buy.

Not a lot, apparently, unless I wanted to throw money away on some older games and one exclusive, that is.

Having a Stadia Pro subscription gives you discounts on certain games, such as Assassin’s Creed Odyssey and Mortal Kombat 11, which makes them not quite as expensive but still lagging behind their common prices on every platform. Final Fantasy XV also has a “discount” down to £26 — I don’t think you can even buy that game for above £20 elsewhere these days. 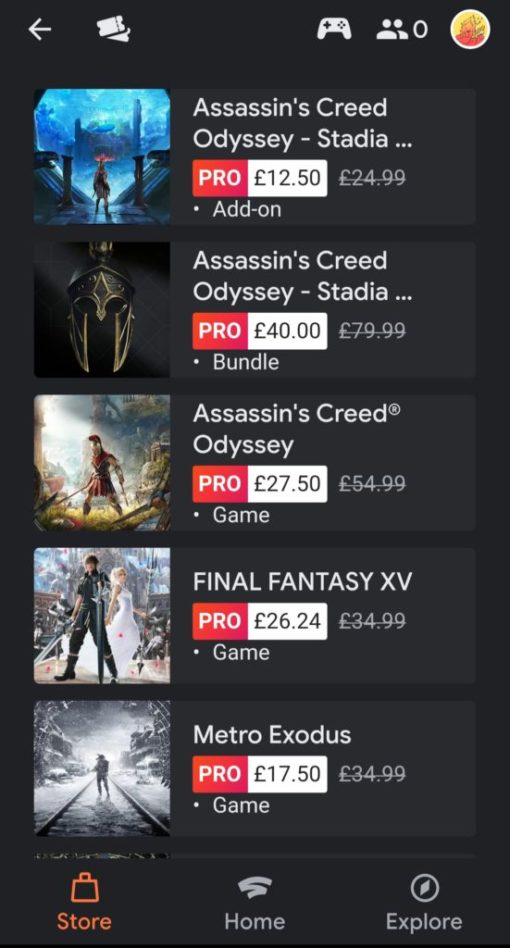 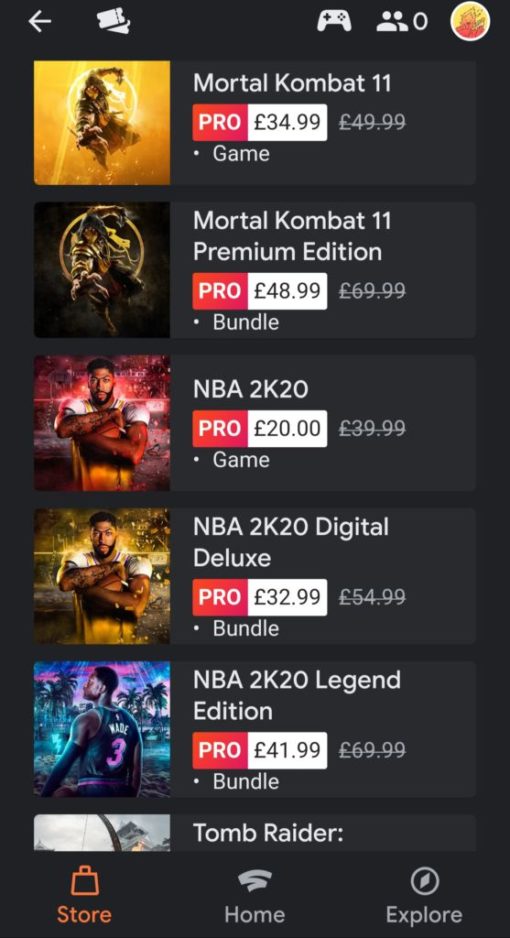 Having a Stadia Pro subscription definitely brings the price down to a more competitive area, but you basically have to pay on top of a subscription to manage it. I’m currently signed up to Stadia Pro for free as a Founder, so I would be intrigued to see how this changes — and how the lineup for Stadia in general changes — by the time it expires.

If you aren’t subscribed to Stadia Pro, that’s where the lunacy really starts to become apparent. 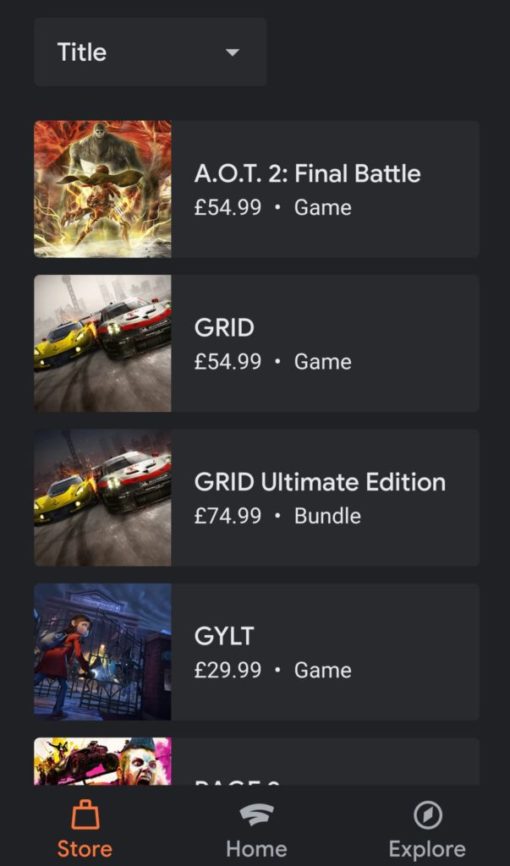 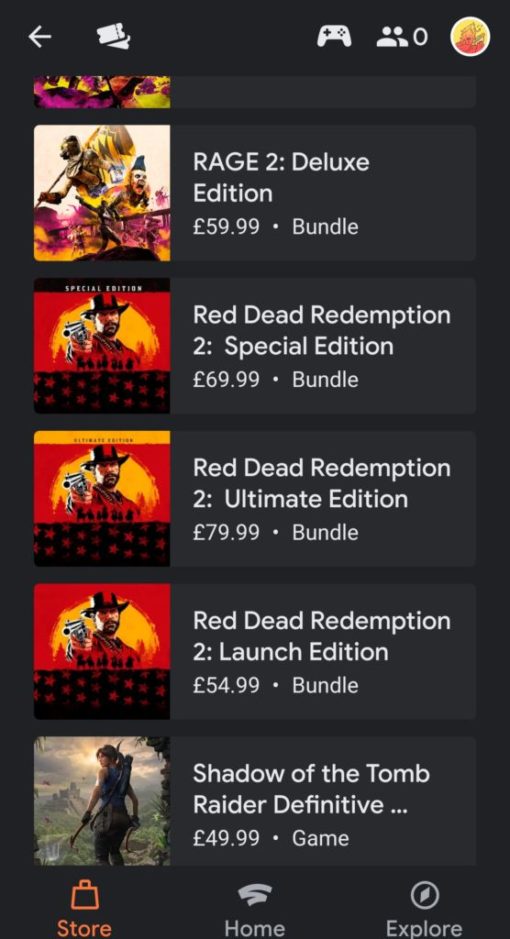 Attack On Titan 2 and GRID for £55 stand out as the biggest eyesores, but Red Dead Redemption 2, which you can get on console for cheap these days and just came out on PC, is also asking a bit much. Pretty much every single one of these games are vastly more expensive than elsewhere.

What makes this especially bonkers is that you don’t physically have the game in your hands or have it installed anywhere, meaning that it’s hard to feel like it’s really yours. Servers are expensive, sure, but the markup here is hard to really justify.

I understandably haven’t bought anything from Stadia yet, and I’m not sure if I will until the library is bigger and the prices are better. The only thing noteworthy is the Stadia exclusive Gylt, but beyond that, I’m not convinced there’s any value to be had.