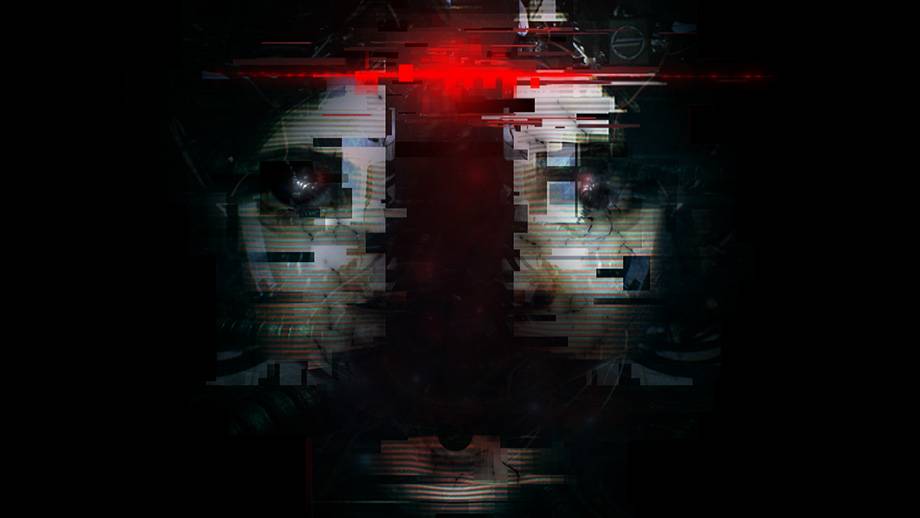 I‘ll let you in on a secret, dear reader: I absolutely cannot hack horror movies. My fiancée loves them, but I’m normally one or two creepy noises away from jumping through the ceiling. It’s a control thing, I think; I don’t like being at the mercy of some inevitably clueless horror movie protagonist with a poorly hidden death wish and a complete lack of common sense. Put a controller in my hand, however, and it’s a whole other story. I may be a complete lightweight when it comes to scary movies, but give me a spooky game and I’ll be all over that like black slime at the Baker household. With that in mind, then, let’s talk SOMA.

SOMA originally released back in 2015 for PS4 and PC, so Xbox One owners have had to wait quite a while to get their hands on Frictional Games’ latest first-person spook ’em up. Nevertheless, it’s here now, so how exactly does SOMA measure up in a year which has seen quite a strong showing of psychological horror experiences?

On the face of things, the game has a very similar feel to other Frictional Games projects, with a wonderfully rich atmosphere and a neatly crafted game world, but it definitely represents a new direction for the studio in regards to the setting. Gone are the Lovecraftian environments of Penumbra and Amnesia: The Dark Descent, replaced by a futuristic sci-fi theme more reminiscent of Bioshock.

You play Simon Jarrett, a totally normal guy with a resoundingly abnormal brain injury. The game opens with Simon receiving a phone call from Doctor David Munshi, who offers Simon the opportunity to avail of an experimental treatment which could cure his cerebral ailment. Upon taking a seat in what looks like a more foreboding version of those chairs from The Matrix, Simon’s scan begins. Everything is absolutely fine for about three seconds, as the scan malfunctions and Simon finds himself in the abandoned undersea research complex known as PATHOS-II. 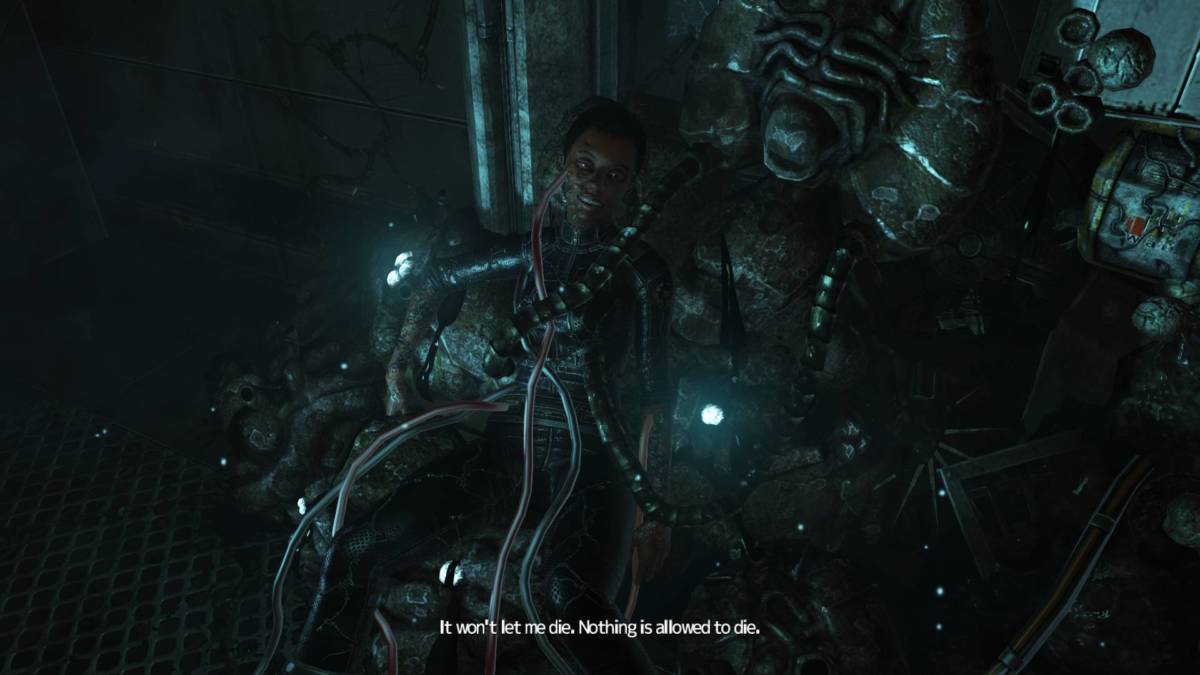 Gameplay-wise, SOMA follows the same kind of walking-simulator style of play seen in games such as Firewatch and Layers of Fear. You control Simon from a first-person perspective and your goal is to explore the ruined facility searching for a means of escape. Along the way you’ll root through numerous desk drawers and open countless lockers in search of the hidden documents and secrets used to help flesh out the world and its characters. Simon is just an ordinary guy, so his arsenal of moves doesn’t extend beyond the ability to sprint, crouch, and peek around corners. He has a flashlight but no weapons, meaning that he can’t defend himself beyond simply running his unlucky arse away and hiding in a bin for ten minutes, so any hazards Simon encounters on his journey across the facility will have to be ruthlessly sneaked past. That’s about it for the gameplay side of things, really. One could be forgiven for believing that this approach seems rather insubstantial, but it really does do everything that it needs to. Besides, with SOMA, we’re here for the story.

Put simply, SOMA is a very story-driven experience, as it doesn’t so much offer gameplay challenge as it does present the player with a dark and complex sci-fi talk full of questions on philosophy, existentialism, humanity and artificial intelligence. The game puts a lot of effort into developing an enticing atmosphere right from the off. There is a great emphasis on exploration and discovery, and the game uses this to its advantage to offer little pieces of information about everything from PATHOS-II to Simon himself. 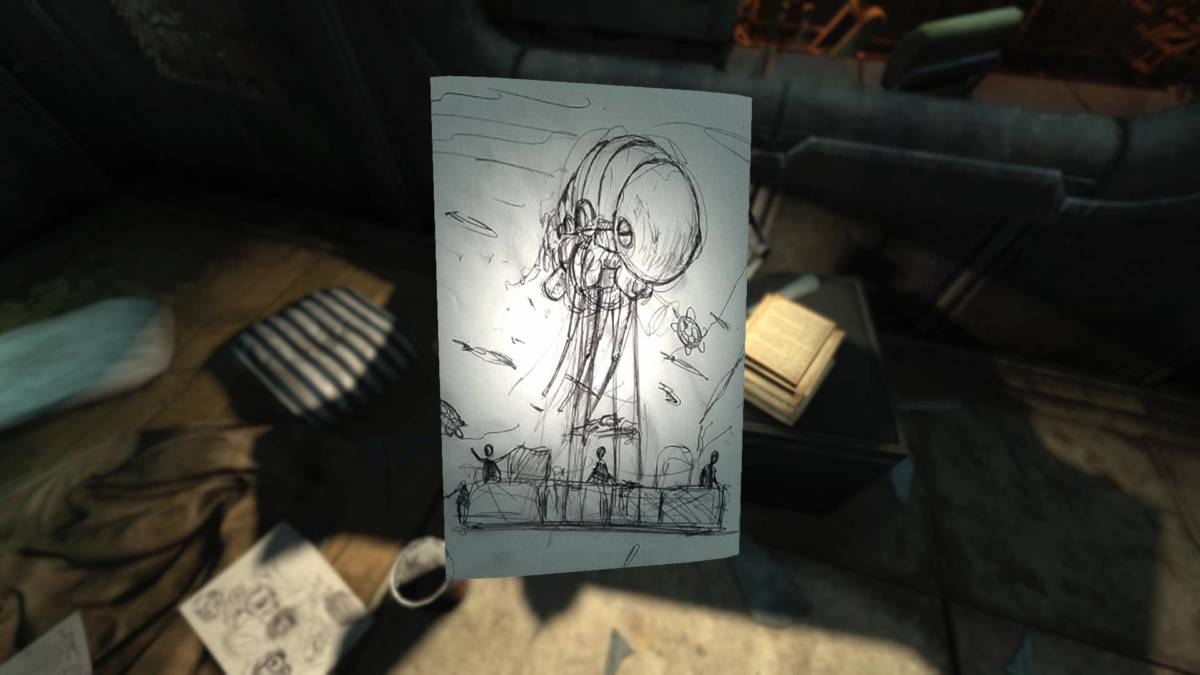 For example, the very beginning of the game sees the player tasked with rummaging through Simon’s apartment to find the bottle of tracer fluid he needs to drink before heading to his scan with Doctor Munshi. It’s rather well hidden, and so during their search the player will thoroughly explore the apartment and find letters, photographs and emails giving more detail on Simon’s life: his job, relationships, and even the cause of his injury. Later, when Simon first lands in PATHOS-II, the player knows precisely as much about the situation as he does, and so the two explore the facility together and each learns as the other does. While some games prefer to fire their backstory at you with a cannon the very instant you walk in the door, SOMA instead opts to let the player explore and discover on their own terms. It’s a refreshingly open and organic approach to storytelling, and it drew me in very effectively indeed.

Simon encounters numerous obstacles as he makes his way across the complex, from broken down shuttle trains to sealed doors and malfunctioning electronics, all of which have to be puzzled around. It’s not just damaged masonry that poor Simon has to worry about, however, as PATHOS-II is also home to a wild load of monsters. Like in Amnesia, the player is discouraged from making loving eye contact with the resident horrors, as the game quickly demonstrates the dangers of stopping for a chat with one of these lads. Instead, Simon must wait for an appropriate moment to sneak past the monsters and hope he isn’t noticed. It really brings back fond memories of crying under a desk in Outlast.

If I have a problem with any of this, and I do, it’s that all the monster business just feels needlessly tacked-on. The monsters don’t really fit with Simon’s story and they just don’t seem to serve any purpose beyond simply being another thing for Simon to puzzle his way around. They certainly don’t add anything in the way of horror, and are actually more of an annoyance than a scare and they never feel like a necessary evil. Come to think of it, I’ve realised that the weird thing about SOMA is that it feels like two entirely different games rammed together. If one game is the rather lacklustre monster-avoidance simulator detailed above, then the other is a genuinely engaging sci-fi mystery. I definitely know which one I’d rather play, given the choice.

Gripes aside, I am certainly prepared to recommend SOMA. There’s a lot to like about the game, and I’m not even a huge fan of sci-fi stories. It’s a very well-told story, and the beautifully atmospheric worldbuilding works wonders for immersion, even if the occasional frame-rate issue and the odd bit of dodgy writing do deal a bit of a blow to that immersion. The voice acting is fantastic, with Simon in particular managing to sound like an actually relatable human being rather than the droning morons we normally have to make do with in games like this.

Truth be told, the horror elements weren’t quite what I was expecting going in. While the atmosphere is solid and the sound design does a lot to instil a familiar feeling of looming dread, when it comes to actually scaring the player SOMA doesn’t so much rely on jump scares as much as it does existential horror. So, while it may not be traditionally scary in the same way as games like Slender or Outlast may be, it’s still incredibly effective and more than capable of asking some difficult psychological questions of the player.

Verdict
SOMA offers a different kind of psychological horror experience: eschewing jump scares in favour of asking some probing questions about consciousness, identity, existentialism, and artificial intelligence. An effectively told, impressively presented, and immensely engrossing sci-fi mystery, SOMA proves that it's very much worth your time on Xbox One.
8
Cultured Vultures is a pop culture website established in 2013 covering all things gaming, movies, and more. We eat your words.
All The News On The Biggest Games