Sniper Elite 5: How To Play Cross-Play With Friends 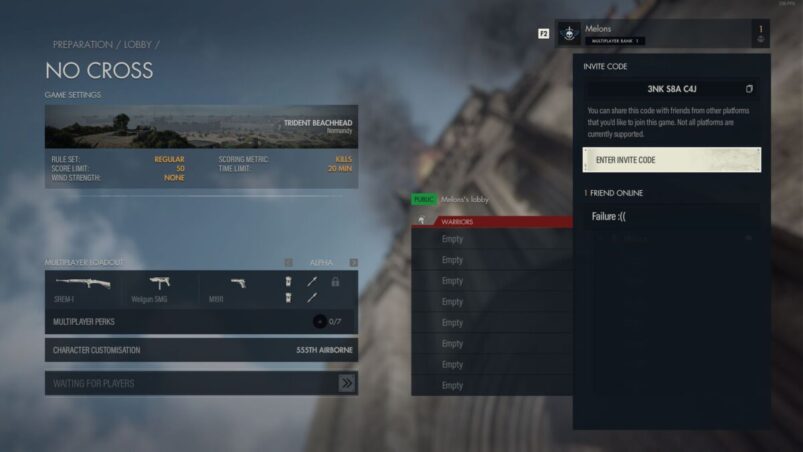 Sniper Elite 5 may not be that huge of a change from other entries in the series for most people from a glance, but it iterates in a lot of compelling ways. Two of those new iterations are big highlights: the new Invasions and cross-play, with each working with the other.

In Sniper Elite 5, you can play with friends across PC, PS5, PS4, Xbox Series X & S, and Xbox One as part of a co-op campaign and in the normal multiplayer. You can also be invaded by players from other platforms, though it’s not yet clear if PC players can invade those on console, as that would be quite the unfair advantage to those on mouse and keyboard.

Cross-play is enabled by default in Sniper Elite 5; you may have to make sure it’s enabled on a console-level if you’re playing on Xbox.

To check that cross-play is set up correctly in Sniper Elite 5, go to Options > Game and then make sure Cross-Play Allowed Is set to On.

Once that’s done, enter a lobby (this includes the screen before you load your campaign save up again) to start matchmaking. Next, select the rectangle in the top right of the screen with your info on it; you can hit F2 if using a keyboard, Y or triangle on controller.

You then have two options: give the invite code at the top of the screen to a friend to enter so they can join you, or you can enter a friend’s invite code just below it to join them.

Bear in mind that anyone playing on console will have to have PlayStation Plus or Xbox Live Gold to be able to play Sniper Elite 5 online.

All being well, you will now be playing Sniper Elite 5 cross-play with your friend.