20 Slasher Movies With Women As The Killers

To celebrate Women In Horror Month, here are some of the times when horror movies flipped the script. 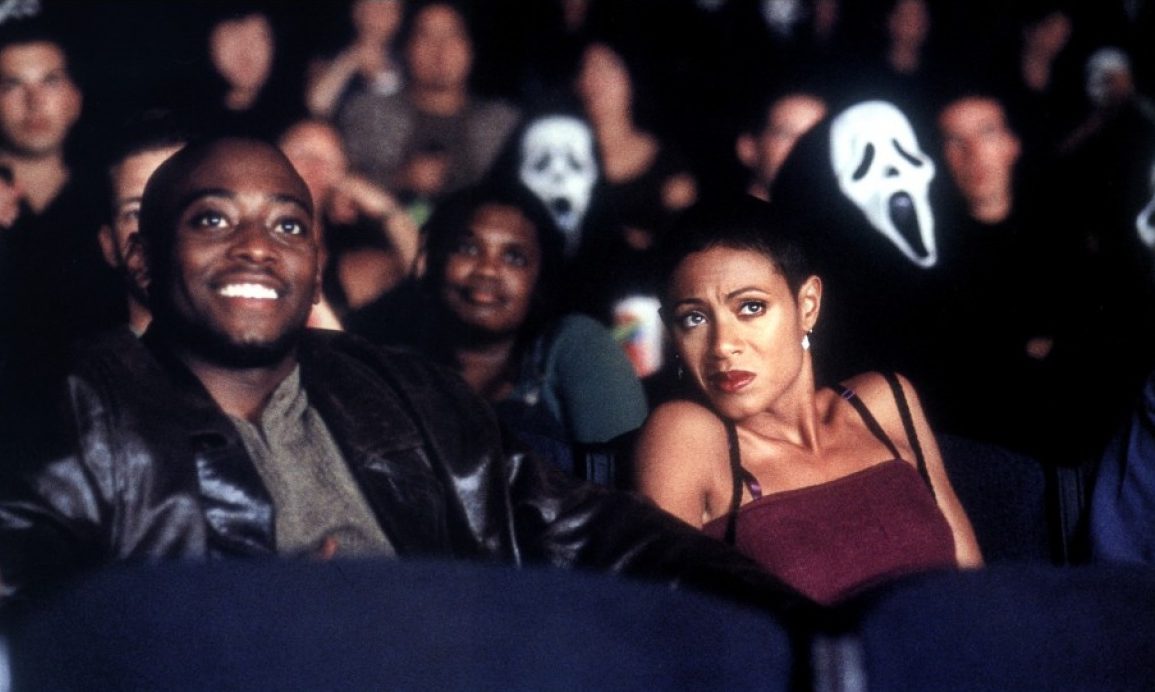 Some people assume all slashers—the horror sub-genre where a disguised or themed killer traditionally picks off unsuspecting targets within a short period of time—always have a male killer. Followers of the genre as a whole know that this couldn’t be further from the truth.

A number of these types of films, especially around the “golden age” of slashers from 1978 to 1984, switched things up by having women become the perpetrators. This subversion of what was thought to be a standard of horror ended up handing the women—often the victims in these movies—back their power in a way. What was considered a man’s “sport” was now an equal opportunity for either gender to exact revenge and employ various phallic weapons.

In celebration of Women in Horror Month this February, here is an assortment of slasher movies throughout the last fifty years that feature a woman behind the mask. To retain some mystery, the assailants’ identities will not be disclosed.

The late television mogul Aaron Spelling was behind some of the most remarkable genre telepics of the seventies. This includes the important 1972 proto-slasher Home for the Holidays. “Proto-slasher” is term used to describe horror films, mysteries, or thrillers with a few elements of a conventional slasher. Another example is Alfred Hitchock’s classic Psycho. Set at Christmas, three adult women’s ill father suspects his new wife is trying to kill him in Home for the Holidays. Eventually, someone wearing a yellow rain slicker and brandishing a pitchfork comes after the three daughters.

You might be thinking: “Okay, that sounds just like any other slasher. So why is it considered a ‘proto’?” The term “slasher”—which was once synonymous with “snuff” in the seventies—wasn’t coined until shortly after 1980. Consequently, Friday the 13th is deemed the first film to be called as such. Plenty of horror enthusiasts describe Home for the Holidays as well as anything else predating 1978 “proto,” as these films helped pave the way for what we regard as a typical slasher. Spelling’s TV-movie comes moderately close to the tropes we all know and love: the killer is incognito, and the camera follows their POV. Sally Field and Jessica Walter, both of whom already had established film and television careers at this point, bring some able flair to this dramatic murder mystery.

A famous musician resumes recording after a painful divorce. While making his new album at a remote house, an ax-wielding, hag-masked stranger goes after those around him. Here is another proto-slasher with heavy leanings toward giallo when it comes to the murder scenes. The body count is relatively low compared to other films, and this one makes the list on a technicality. But The Comeback is an enthralling mystery that deserves more attention.

Except for one house on campus, an all-women’s university is vacated for Christmas. The stragglers are left to fend for themselves from a bloodthirsty maniac dressed as Santa Claus. Silent Night, Deadly Night garnered a lot of protest in 1984 for its depiction of the killer in a Santa suit, but To All a Goodnight appears to have gone relatively unscathed. That may be due to its limited theatrical run.

The theory is that the inclusion of adult film star Harry Reems (going by the alias of Dan Stryker) may have hindered distribution potential. The lack of festive décor and visual aids lull audiences into forgetting this one is in fact a Christmas horror movie. That aside, To All a Goodnight is an unexpected gem as it contains quite possibly some of the most untailored, nonsensical dialogue in a slasher to date.

The casual horror watcher thinks Jason Voorhees is the only killer in the Friday the 13th franchise. But like Drew Barrymore’s character in Scream, they’re absolutely wrong. The inaugural entry where summer camp counselors are being hunted by an unseen interloper enjoys a woman behind the knife. What else can be said about Friday the 13th that hasn’t already been said before? It’s a classic for good reason.

If there was ever a slasher that feels like a spiritual sibling of a Scooby-Doo episode, it is the absurdly amusing Happy Birthday to Me. The plot is rather convoluted for this type of horror, but it’s also unforgettable. The killer’s reveal and monologue explaining her motive are ludicrous in only the best ways.

This admittedly goofy slasher entails a college scavenger hunt taking a bloody turn when someone dressed as the school mascot goes on a murder spree. Though this received a theatrical test-run in 1982 under the name of The Scaremaker, it was re-released as Girls Nite Out in 1984. The film undoubtedly suffers from a lack of direction. Nevertheless, it skirts by on account of its utter lack of pretense and the killer’s quirky choice of disguise.

Quentin Tarantino said in the documentary Not Quite Hollywood: The Wild, Untold Story of Ozploitation! that he likes this Australian mystery-slasher. In it, a woman inherits a retirement home. Soon, all the elderly residents start to die, but not of natural causes. Believe it or not, it’s pretty rare to have senior citizens play slasher fodder. By today’s standards, Next of Kin is labeled a slower-paced effort. In truth, the film bides its time just right. Otherwise, that stunning finish would not be appreciated like it should be.

Curtains—a slasher where female actors auditioning for a role at an isolated, snowy mansion become victims to a killer—was not the first to use the hag-faced mask. The Comeback may have been the inspiration for that. In spite of its enduring popularity, Curtains didn’t receive a DVD release until 2010, and that was only because fans demanded it. Unfortunately, the DVD’s quality left much to be desired. A more respectable print thankfully found its way to Blu-ray in 2014. The battle between Curtains being a mainstream slasher or an arthouse one can be felt in some scenes, which is a result of notable production issues. For all the trouble that went into making the film, it luckily turned out better than it probably should have.

Norman Bates tries to start life over after being released from a mental institution. Regrettably, someone isn’t about to let that happen. Deaths occur and Norman is the main suspect. Anyone who thinks Hitchcock’s iconic thriller can’t be touched will be shocked if they actually watch Psycho II. The film is nuanced, captivating, and well-acted. No, really. Seek this one out immediately.

Not a lot of people have seen this sports related slasher due to its limited availability as of this writing. Various students at an athletic academy find themselves being pursued by a javelin-throwing killer. Just who could it be? At this point in time, horror filmmakers were allowing their works to get a little silly. Whether it was intentional or otherwise, Fatal Games definitely does not shy away from some mirthful dialogue and moments.

While carrying out an assignment handed down to them by their sorority, three pledges become trapped inside a mall after hours with a deranged killer. A small number of prominent slashers around this phase of the “golden age” regularly incorporated foretelling dreams. As a result in The Initiation, there is a wistful air to many scenes. In addition, the characters are all reasonably likable so this movie is easy to take in. You might think you know how this one is going to end, but don’t count on it. There’s a twist that even the main character has trouble foreseeing.

In honor of her birthday, heiress Muffy St. John is hosting a party on her family’s island mansion. The celebration is cut short when the guests start to die. This whodunnit possesses one of the most unique slasher endings, and audiences have been decisive about it ever since. They might feel betrayed by the outcome, but try to find another horror movie with such truly affable characters.

The Ghostface killer returns in the immediate sequel to Wes Craven’s groundbreaking meta-slasher that breathed life into struggling nineties horror. Franchise protagonist Sidney Prescott is once again at the center of a streak of murders. The original Scream has gained minor pushback in recent years for various reasons that seem illogical to any horror devotee. Conversely, Scream 2 has collected more praise for its raised levels of suspense and gore, and an unrelenting loyalty to satire of sequels. Meanwhile, Scream 4 didn’t fare as well with some critics. Weariness and high expectations may have been factors. Yet the fourth film is widely perceived to be an improvement over Scream 3. Not to mention the casting choice of the killer is arguably one of the best in the whole series.

A New England university is rocked by murders modeled after popular urban myths. This slick post-Scream edition to the slasher family has aged fairly well. On top of a creative story of revenge, the “final girl” is allowed to be a flawed character. That’s not something frequently done in these movies. Furthermore, the killer gives an amazingly campy performance once her identity is unveiled.

South Korea has developed into one of the most diverse and high quality film industries these days. Their approach to horror is exciting. That being said, a popcorn film like The Record isn’t going to be held in the same esteem as A Tale of Two Sisters. It is, however, a guiltily pleasurable sendup of teen Hollywood horror like I Know What You Did Last Summer. The plots are similar, too. High school students who accidentally commit murder are forced to face the consequences as a killer stalks them. So long as you don’t get caught up in the clichés, The Record is an acceptable way to spend an hour and a half.

This obscure slasher follows a television star and her friends, all of whom are being followed by a killer to their secluded destination: a cabin in the woods. The premise isn’t mind-blowing, but Holla’s self-awareness is bracing. The cast is honestly delightful, too.

Classmates reuniting at their teacher’s home learn that there’s an ulterior motive at hand. The twist ending in this complex South Korean film will catch anyone off guard. Come for the grisly carnage, stay for the character studies.

Amber Heard first grabbed people’s attention in this indie slasher about a newly popular teen becoming the object of desire for an unhinged admirer. The hype around this movie back in the day was inescapable. Legal troubles kept it from being seen in the U.S. for a number of years. Today, All the Boys Love Mandy Lane still manages to wow with a deceitful finale.