Go fiddling with any locks around here, and we're going to have a big problem. 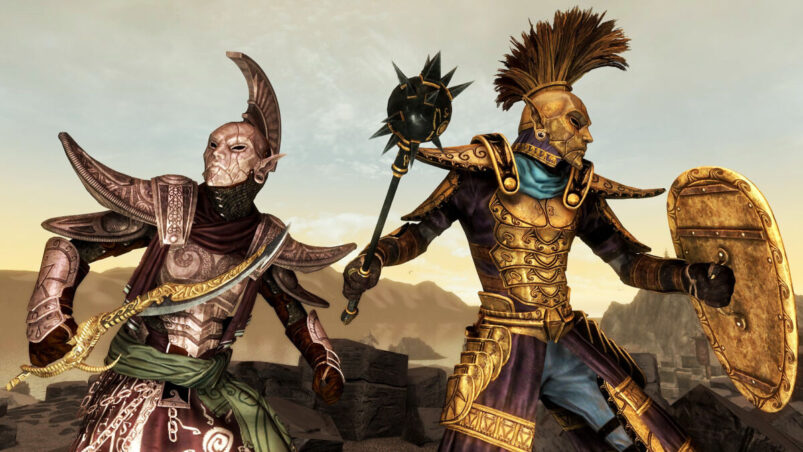 Look, we all know about the prevalent joke that Bethesda have ported The Elder Scrolls V: Skyrim to other platforms more times than any other game has probably been ported ever, and it’s a joke that’s only going to get stronger now that Skyrim: Anniversary Edition is coming to PC, PS5 and Xbox Series X | S.

The fact remains, though, that Bethesda wouldn’t keep trotting out one of their greatest hits if there wasn’t some kind of audience for more Skyrim. I’ve already spoken in the past about how I’m the sucker who’s excited for Anniversary Edition specifically, as it means a chance to experience brand new content for the first time in forever, but even if Anniversary Edition was just some improved textures, loading times and framerate, I’d probably still jump in.

Despite how often it’s been ported and how many hours players still pour into the game, Skyrim will still find new ways to surprise and delight its players after 10 years, whether that’s through clever design, emergent gameplay or even just weird glitches that cause some hilarious moments. Even if you’re just smithing in Riften, there’s very rarely a dull moment in Skyrim, and the game’s just waiting to throw its latest curveball at you.

Take, for instance, earlier this year when a Redditor by the name of DarkSteveYT discovered that there was a definitive way to finish a quest. During the Dark Brotherhood initiation, you’re given the choice to kill one of three captives, with one of them actually guilty of being a career criminal. Of course, if you’re the indiscriminate sort, you can lay waste to all three and call it a day, but if you’re looking to do the maximum amount of good for the least amount of effort, you can solve it in an ingenious way.

DarkSteveYT discovered that players can use the Clairvoyance spell during this section of the game, a spell that’s pretty useless otherwise, will reveal which of the three captives was the criminal with a bounty on their head, allowing you to murder them with a slightly cleaner conscience. Again, given that it’s the Dark Brotherhood questline, most would likely go for the indiscriminate option, but it’s amazing to know there is a way to complete that questline in the best possible way, especially considering the game doesn’t tell you otherwise.

Another feature that’s been in the game since Dawnguard but very few people know about is the ability to create your own spiders using the albino spider pods and soul gems to throw at people. Again, it’s been in the game for a long time, but as the mechanics are explained in a record next to some pods, and since most players tend to skip reading in all its forms, the mechanic has gone largely unnoticed for lots of players.

It’s not just the forgotten mechanics that make Skyrim so special though, but the unintended events and dumb shenanigans that occur while adventuring. I’ve already documented the ill-fated tale of one would-be hero in an article earlier this year, but another moment of emergent gameplay creating hilarity saw the Jarl of Falkreath wanting to know if the stories about Hector The Well-Endowed were true.

Look, it was funny to me, okay.

Despite being available for a decade at this point, Skyrim still offers new secrets, events and emergent interactions that make exploring this snow-capped world an absolute joy. The fact that the Anniversary Edition will come with more player-made experiences that’ll only extend the level of discovery present in the game is just the icing on the cake.

READ MORE: 30 Best Xbox One RPGs You Should Play