Skill Vs Talent – The Hidden Debate Of Avatar: The Last Airbender 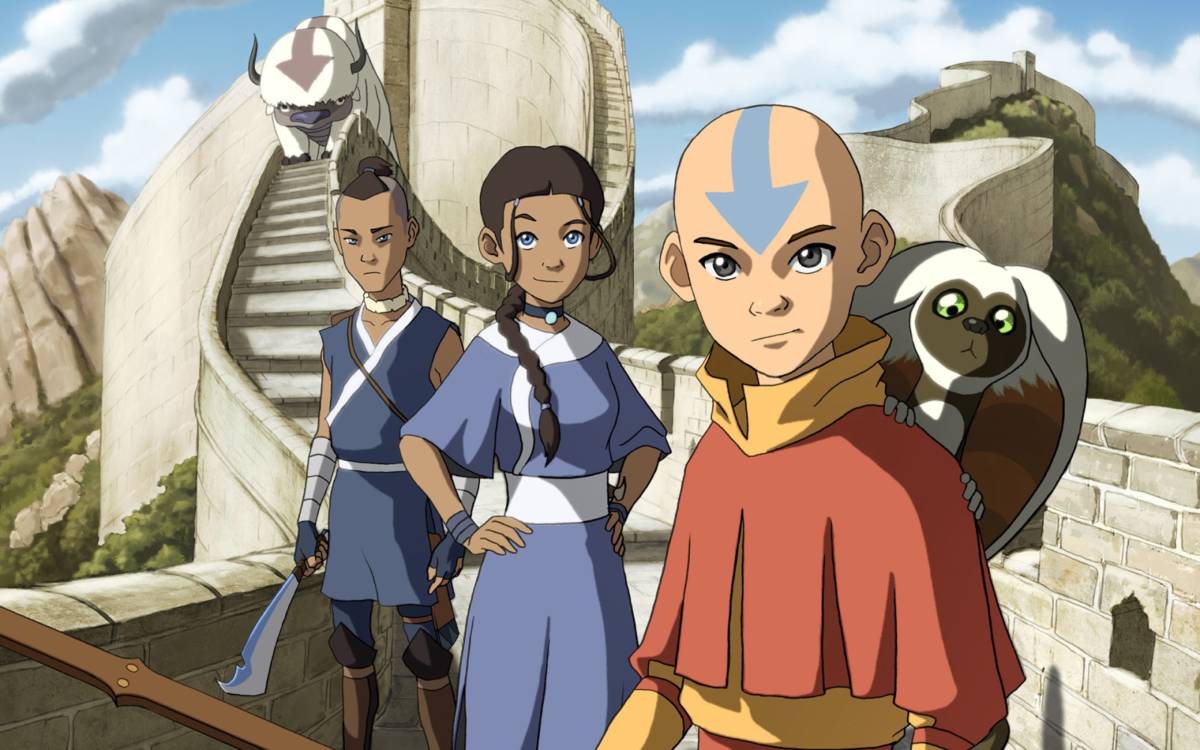 In Avatar: The Last Airbender, we see many examples of bending. Both of the natural four elements, Air, Water, Earth, and Fire, and of extensions of those base elements, such as lightning or sand or vines containing water. And we also see non-benders step up their game to contend with benders. Seeing all of these different fighters and styles in one show elicits similar arguments created by watching DragonBall Z: “Who’s the best?”. That’s a question I’m going to stay away from for now, but within this argument, we see very clearly that there is actually a hidden debate within the show itself: is it better to be skilled, or talented?

In Avatar, we see many cases of skilled characters in groups like the Yu Yan archers, the Kyoshi Warriors, Jet and his gang, Mai and Ty Lee, and many more. However, we also see cases of natural affinity in the benders, like Bumi, Toph, the Dai Li, and Ozai. And, of course, cases can be made arguing the contrary for both groups, as Toph is extremely skilled while also being naturally gifted, but that’s not really the point. For the purposes of this discussion, skill is exhibited by learning out of necessity, adapting, or physically needing to train or study in order to fight. Talent, meanwhile, mostly relies on things that are either already known, or come naturally, needing only to practice inherently understood concepts, and not necessarily study and adapt new ones.

For example, it takes talent to learn the advanced technique of creating lightning. Only the most powerful firebenders can create it naturally. But only through studying waterbenders, can Iroh, Zuko, and Aang grasp the technique of redirecting lightning. Ozai and Azula enhance what they already know, Iroh and co. have to learn from a different source in order to adapt. So what does the show itself say about the debate? That can easily be found in three central characters in the show.

Katara is seen from the start of the show to have the capability to bend, but lacks the proper method and teaching. She’s quickly surpassed by Aang the second he starts to learn alongside her. A clear difference in talent level. But something interesting happens. After the gang arrives at the North Pole and realize Katara can’t be taught due to her sex, we see her go toe to toe with a master. Keep in mind that, by this point, she had largely been teaching herself techniques. Instead of learning methods already mastered, she forms her own methods that work best for her. Throughout the fight, she’s shown an ability to adapt in ways that Master Paku can’t fully anticipate. Her untrained nature gives her a slight edge. Albeit temporarily.

From this point on, we only see Katara improve and get even better as she develops more confidence. But remember that most of this time is spent with Katara being her own master. This heavily implies that from the Book One finale onward, Master Paku cannot teach Katara more than she can on her own. Katara keeps adapting, keeps innovating, taking from various experiences in order to shape her own style. She is completely independent and self-made. (And here is where I acknowledge that Toph would have also made a good subject for this, but for the purposes of this discussion, we’re sticking with Katara.)

It’s quite obvious to veterans of Avatar that Azula completely embodies pure talent in this debate. A firebending prodigy from birth, Azula has encapsulated the contemporary idea of firebending by the time she’s introduced in the show at the age of 14. She doesn’t need to learn from scratch, like Katara. She’s been good since day one, and her privilege gives her unrivaled resources, making her even better than she would have been naturally. Azula’s personification of pure talent can be summed up in her first non-cameo appearance in the Book Two opener. “Not one hair out of place.” Her entire arc parallels that of the artist seeking perfection like in Black Swan or Whiplash, leading her on a path of either fulfillment or madness. And if you’ve seen the show’s end, you’ll know which path she ends on. But we’ll get to that in a bit.

So the show seems to be implying that relying on talent alone can be risky, and that following a path of skill alone can incredibly difficult, but rewarding. But what about a hybrid approach? We see that the show also has a take on this as well, seen, pretty uncoincidentally, in the two lead characters. Aang, as the Avatar, embodies both the natural affinity for bending, and the hard work and perseverance needed to learn outside one’s comfort zones. Air and Water come exceedingly easy to Aang, but Earth and Fire provide mental and physical obstacles. Aang is quite literally splitting the difference between Skill and Talent, and is shown to ultimately win out over the most powerful bender in this universe (that’s me going off of the show, by the way, not my personal opinion). But Zuko is different from Aang. I know, shocker.

Zuko starts off the show relying on talent, refusing to hone his skill. He opts to skip solidifying his fundamentals, as shown in the first episode, and when he faces Zhao in the first Agni Kai of the series, he starts out by relying on talent again, only to find that if he does this, Zhao will quickly overpower him. Because it’s made clear, albeit subtly, that Zuko is not the best firebender in the beginning. His fire is not really genuine, and comes from a place of misplaced aggression and necessity. Zuko isn’t fighting because he wants to, but because he needs to. So his talent will fail him here, unless he adopts his own unique skill-set to make up for his shortcomings. Which he does. Again, in the Agni Kai with Zhao, we see that Zuko only gets the upper hand after relying on his own unique skill-set (I doubt anyone taught him that breakdance leg sweep since nobody else does it in the series), and listening to Iroh’s words about Zhao’s lousy footwork. We also see him succeed as the Blue Spirit early on, relying solely on his ability to swordfight. But, as is usually the case with Zuko, this gets a bit complicated.

In Book Two’s Zuko Alone, we see that he also can’t rely solely on his skill-set. He’s overpowered by a better opponent, skill-wise, despite being exceedingly capable with his dual broadswords, and can only prevail once tapping into his natural gift of firebending. Which makes sense. Much of Zuko’s arc deals with him accepting himself. His true self. Completely. Which inevitably means owning who he is, both as a firebender, and as a person. We can see this best exhibited in the final Agni Kai of the series, coming full circle.

By the time Zuko and Azula face-off in the 4-part finale, the two are hardly strangers in terms of combat. They’ve fought multiple times in the show by now, but a watchful viewer catches the story being told. In Book Two’s opening, Azula toys with Zuko, easily fending him off, and almost killing him with a point-blank lightning blast before Iroh’s interference. During the AMAZING Mexican standoff in The Chase, it’s clearly communicated that Azula is still smarter and better than Zuko.

However, Book Three marks a significant change. Not only is Zuko now strong enough to go blow for blow with Azula, as seen in the opening to The Southern Raiders, but he’s also skilled enough now to channel his father’s lightning in The Day of Black Sun Part 2, something he couldn’t do in the episode Bitter Work. Zuko grows stronger through finally accepting who he is, and what he wants to do, as well as finally standing up to his abusive father. From Day of Black Sun Part 2 to The Firebending Masters, Zuko experiences a renaissance that finally brings his talent to its full potential. But it still isn’t enough to beat Azula.

In the Final Agni Kai, Zuko is shown to hold his own, but isn’t doing it easily. Azula is still naturally more talented than he is. It’s only when he taps into his own skill-set (again, breakdance firebending) that he gains the upper hand. So the show has a clear message, both in this fight, and Aang’s fight with Ozai. If you combine Skill and Talent, you will ultimately win. But, of course, Azula doesn’t play fair, so we don’t get to see Zuko actually defeat Azula. Because, as is a running theme with Zuko, we see that this wasn’t the purpose of this fight.

The central, hidden debate of Avatar is Skill vs Talent. So Zuko taking out Azula isn’t the outcome we need. We need to see Katara take down Azula. And the show has been subtly leading up to this confrontation. Not of the two characters, but of the two ideologies. Azula battles Suki, a supremely skilled fighter, but we don’t see that altercation. Azula is about to take on Mai, another skilled fighter, but is blindsided by Ty Lee. So when Katara, the most skilled (arguably) fighter, goes up against the most talented fighter, this is the show giving us closure on this fight. And of course, Katara wins. Proving once and for all that talent can only get you so far. Eventually, skill will win out. As we see in both Aang’s fight, and in Zuko getting the upper hand on Azula, combining the two methods is ultimately the best move.