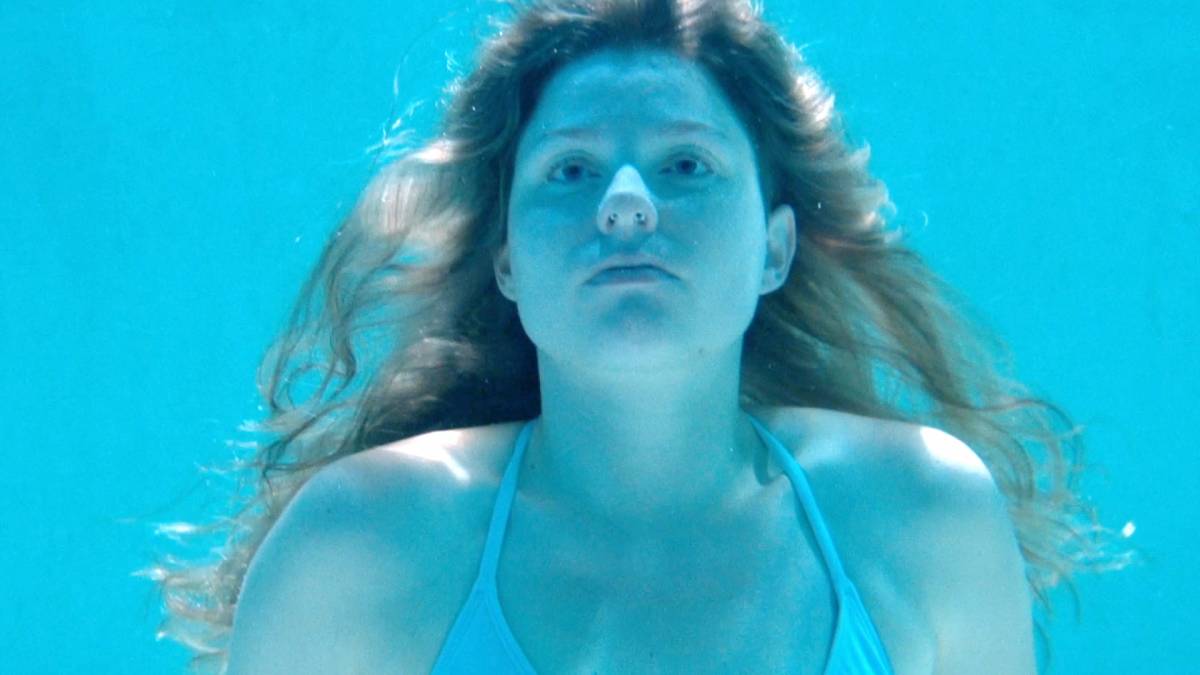 In addition to being an anti-tech tirade, writer-director Andrew Finnigan’s science fiction(ish) film Simple Creature sneaks in a message about the apocalypse, even including a reference to the mark of the beast. Cheeky movie! These messages seem to be popping up a lot in the low-budget film world these days. Most recently it was the killer wasp movie Tsunambee that tried to warn us. But will we ever listen? Lord save us from life-saving technology that could eliminate disease and make our lives easier.

This is one of those weird movies where technology is okay, but only up to a point. That point is usually when the filmmaker was a kid, a time they no doubt look back on with nostalgia. Case in point: farmboy Seth (D’Angelo Midili) isn’t against phones in general since he has a landline, but he hates smartphones for some reason. Yes, yes, it is quite a shame that people are able to carry almost the entirety of human knowledge in their pockets at all times. Yeah, most people use their smartphones for simple distractions, but that isn’t the fault of the tech, of course.

With that in mind, let’s get a little into the plot. We have Em (Carollani Sandberg), a college student who falls for Seth after meeting him at a kegger in a field in the middle of nowhere. Seth doesn’t drink, he’s religious, he’s full of himself, and he has this weird axe to grind with cell phones. They have nothing in common, so naturally they fall in love. Everything’s gravy until Em is in a terrible bus accident that would have killed her if not for the vague technology at her dad’s company, Singularity. Let me repeat: without this technology, Em would have been dead. But now not only is she not dead, but she’s been augmented so that her eyesight is improved, she can chill out at the bottom of a pool for nearly twenty minutes with no problem, and all sorts of nanotechnology keeps her free of disease. Besides a little brain-wiping that makes her forget all about Seth, who wasn’t so great anyway, her basic personality remains much the same as it had been before her operation. Okay, dick move about erasing Seth’s memory, but other than that, all this sounds great, right? No, no. Wrong. I guess. Let’s toil away on a farm instead and use our rotary phones.

This is all very silly, of course. Which is a shame, because Sandberg and Midili are very good actors. Perhaps much better than this movie deserves. Really, it’s a shame that my introduction to their work came with this movie. Their conversations feel natural, realistic. They’re awkward in a way that make sense for a couple who are clearly smitten with each other, but still in the feeling out phase of their relationship. The razor-thin plot has a certain advantage, in this respect. There’s a lot of padding here, but we’re allowed time for some nice human interactions between these two.

Simple Creature is a zero-budget science fiction movie, which means, of course, that most of the sci-fi elements are shoved into the background. Most of the film takes place around Seth’s farm and the small town that surrounds it. You actually forget you’re watching a sci-fi movie for long stretches of time. What’s worse, you’re liable to forget that Em is superhuman. Very strange for a movie with this idea at its core.

The tone, plot, and pacing are all over the place. There’s some annoying lens flare at the start of the film, but it’s soon forgotten about. Really, the silliness of the anti-tech message could easily be brushed aside had the film been more competently constructed. Does anyone else get a chuckle over the irony of a filmmaker using advanced tech to write, shoot, and edit a feature film to deliver such a message? Why not a medium like painting? Or maybe writing a poem on papyrus? Listen, I don’t know if the technological singularity is coming soon or if it’s going to take place in the far-flung future, but it’s happening. Perhaps it’s time for people like Finnigan to head for the hills while they still have a chance.

Simple Creature is currently available on Amazon Video on Demand.