15 Silent Hill Facts That You May Not Know 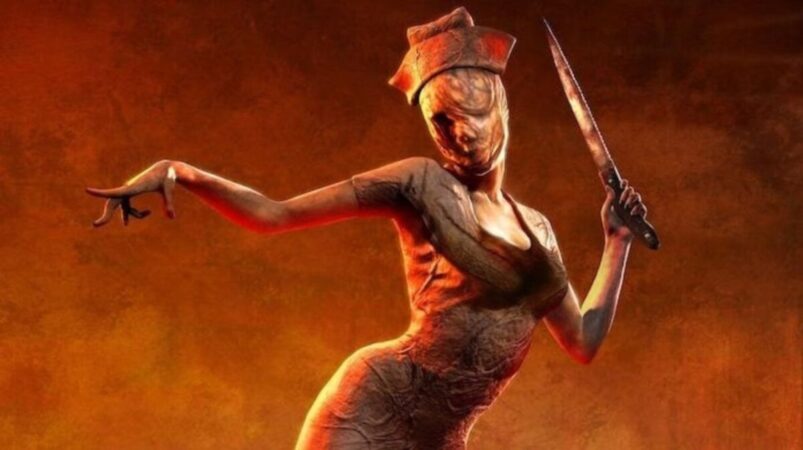 A total solar eclipse marked the beginning of a pretty grim year for the United States. Not only did we lose Marilyn Monroe, but the spring of 1962 also came with a blazing tragedy. An administrative error caused a fire to ignite in an active coal mine in Centralia, Pennsylvania.

Despite remediation efforts, the fire couldn’t be stopped, and the authorities needed to evacuate the area and block all roads leading to Centralia. The fire still burns to this day, and its perpetual roar continues to seep deadly amounts of carbon monoxide into the air. This turned the small rural town into a vicious and downright sinister ghost town.

It’s easy to see why Christophe Gans derived inspiration from it when directing the first Silent Hill movie. The vicious monoxide banks are an apt metaphor for the treacherous mist encompassing the video game’s setting. Many people believe Centralia was also the inspiration for Konami’s video game, but that’s not true.

It’s been almost a decade since we got a taste of the freakish Silent Hill terrors, so I bet you’ve been missing a good old descent into despair. With the third movie already on its way, we’re pretty close to getting it. Until then, allow me to serve some appetizers. Here are Silent Hills facts that will remind you to confront your demons.

Konami wanted to make 1999 a really bad year for people who refused to believe they killed their wives. The game was released on the 31st of January, which was also the most important American holiday – the Super Bowl Sunday.

On the same day, Seth MacFarlane’s Family Guy first aired on TV, blessing the wide audiences with a different style of horror. Considering the coincidence, the lack of a crossover episode is quite surprising.

Add this to a majority of people believing the internet would end and a future Eminem chart-topping hit, and you’ve got the recipe for complete madness.

2. Most Settings in the First Four Games Were Modelled after Places in and around L.A.

While the games take place in Stephen King’s state, many places in Silent Hill were modelled after areas and buildings in the LA area.

The setting was an interpretation of a small American community by the Japanese developers, who used Western literature and films for inspiration. Since an important goal for the team was the game’s success in the United States, they tried emulating a Hollywood-like atmosphere while maintaining believability.

Their best bet was using European and Russian depictions of The City of Angels.

3. The Creatures in the Film Were Played by Dancers to Ensure They Were Flexible Enough

Those nurses certainly know how to dougie. Italian actor and choreographer Roberto Campanella supervised the team and directed their movements while also being cast for the roles of Colin and Pyramid Head.

To attain the 7-foot-tall appearance of Pyramid Head, Campanella had to wear stilted shoes. Do high heels make Pyramid Head more or less creepy? You be the judge of that. Despite his love for the world of horror and proficiency in choreographing monsters, Campanella is known to be quite cheerful.

It’s said that he called the prosthetics he wore as Colin his “Kermit legs.” In 2017, he was also the choreographer and one of the clowns in Stephen King’s It.

4. The Audition for the Armless Man Was Pretty DIY

When auditioning to Roberto Campanella for the Armless Man’s role, actors were asked to put their arms behind their backs and walk in a distorted, exaggerated way. Michael Cota auditioned with a costume featuring a hose in the chest area to spray the acid and a makeshift mask.

5. There’s a Good Reason Why the Fourth Silent Hill Game Stands Out from the Crowd

Many people believe that The Room’s development started as an unrelated horror game. Its approach was very different from the first games of the franchise, as it ditched the flashlight, introduced invincible ghosts, and even ignored Silent Hill for the most part. These ambitious risks, coupled with the fact that the project’s working title was just Room 302, had fans wondering if the title was an intruder.

However, The Room was created by Konami’s Team Silent from the very beginning; only its development started at the same time as Silent Hill 3. The studio was taken aback by the success the series saw until then, so Silent Hill 4 was a way for them to open the possibility of multiple games with different settings and plots.

6. You’ll Love Comcast’s Customer Service after This One

In Silent Hill: Shattered Memories, there’s a creepy easter egg that further adds to the feeling of crippling despair. If you call Konami’s support number from the in-game phone, you’ll hear a special message.

“Our caller ID shows that you are calling from Silent Hill. I regret to inform you that you are beyond even our help.” r/talesfromtechsupport has some horror stories of its own, but Konami certainly takes the cake with this one.

The soundtrack for Silent Hill 4 was released alongside the game and was composed by Akira Yamaoka, with vocals by Mary Elizabeth McGlynn and Joe Romersa. The American version contained 13 exclusive tracks and remixes, while the Japanese version contained a second disc.

There are several recordings of Akira Yamaoka himself on this disk, reading classic Japanese spooky stories over the official tracks. A remix of the song “Your Rain” was later used on Konami’s Dance Dance Revolution Extreme.

Quite a grim choice for a kids’ dancing game.

8. The Original Soundtrack Gave Us Another Reason to Hate Going to the Dentist

Akira Yamaoka was known for the creative choices he made when composing the series’ soundtrack. A great deal of care and effort went into creating just the right ambiance for the game, and his genius had a significant impact on the success of the franchise.

The soundtrack of the first Silent Hill game is pretty on-brand with Yamaoka’s love for experimentation. During the last battle with the Incubus, Yamaoka tried evoking a painfully uncomfortable feeling in players. To do so, he used one of humanity’s most feared sounds: dental drills.

9. Alessa Is an Homage to Stephen King’s Carrie

The character of Alessa from the first video game pays homage and is most likely inspired by Stephen King’s novel, Carrie. A poster of the 1976 film can be seen in the first Silent Hill game as an easter egg.

Alessa was played by actress Jodelle Ferland, who also appeared as little Carrie White in the 2002 adaptation. Jodelle stated that Alessa was her favorite role to play out of the three Silent Hill characters she was cast to.

The claustrophobic prison that held Harry captive in Silent Hill 4 made a return in 2012. Downpour featured a replica of the haunted room, except for the bloody scribbles on the front door.

You can find it in northern Lansdale Ave in Pearl Creek. Murphy must lower an emergency ladder with a ladder hook and climb into one of the second-story apartments. But why would he do that?

Replicas of Room 302 can also be found in Anne’s Story and the first-person shooter Ion Fury.

When Rose is running while trying to find Sharon, she enters a tunnel. On the tunnel’s wall, there’s a graffiti mark saying “Cheryl.” This was the original name of Sharon’s character in the video game. There are several real-world references throughout the series, especially when it comes to the characters’ names.

Harry and Cheryl were also named differently during the development process. They were called Humbert and Dolores, as a reference to Vladimir Nabokov’s novel, Lolita.

12. Several Horror Easter Eggs Can Be Found throughout the Series

This comes as no surprise to anyone, as Konami’s work was heavily inspired by Western literature and film.

The average horror film fan will quickly notice many nods to famous works, such as posters for Carrie, Pet Sematary, or The Shining. In Dahlia Gillespie’s house, there’s a stairwell identical to the one in Psycho.

Cut Rite Chainsaws is a very on-the-nose reference to the second installment of the southern gore carnival.

13. The Streets of Silent Hill Are Named after Famous Horror Authors

Finney Street is named after the author of The Body Snatchers, Jack Finney. The author of Psycho, Robert Bloch, also found its name on one of the street signs. You will also be able to find Matheson Street, named after Richard Matheson and Bachman Road, a reference to Stephen King’s pen name – Richard Bachman.

14. It’s Not All Monsters and Nightmares

There’s also an element of innocent, family-friendly fun in Silent Hill, albeit a tiny one.

The haunted town was built on the shores of a lake called Toluca. While the name itself is unassuming, the inspiration for it is pretty endearing.

Toluca Lake was named after the lake in the wildly popular American sitcom Little Rascals. However, the list of similarities between the two works ends right there.

No one would want to step on Pyramid Head’s toes, so maybe we should pay a bit more attention when talking about him.

In most Japanese Silent Hill materials, his name is listed as Red Pyramid Thing. During the development process, the creature was referred to as “red triangle head,” “head,” or “thing.”

“Pyramid Head” was first coined by the series’ translator, Jeremy Blaustein. Its helmet was inspired by the lower hull of the King Tiger heavy tank, and his body was originally meant to be hunchback and a lot more deformed.

Masahiro Ito, the creature designer for the series, decided to go for a humanoid, overtly masculine figure, instead. This choice was made to represent that he was an executioner, rather than a monster preying on the character.