All roads lead to this. 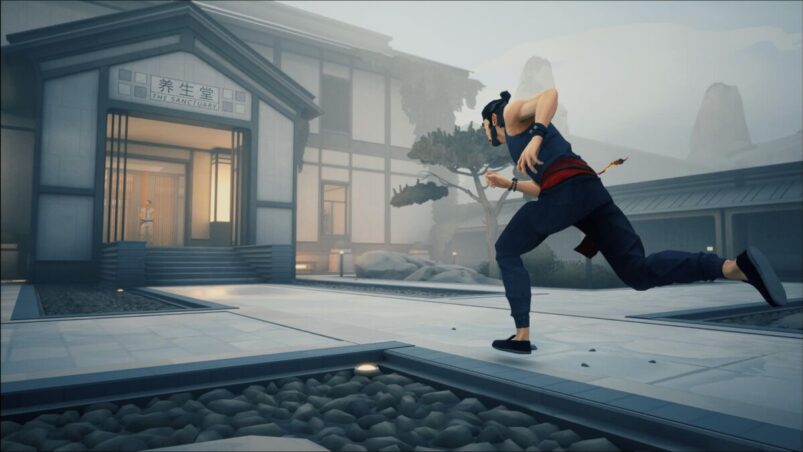 You’ve finally made it. One more step between you and finally avenging the death of your father and master, but if Sifu has anything to say about it, you’re not reaching the credits without a bit of a fight. The final boss, Yang, is determined to go down swinging, and if Sifu gets its way, you’re going to be in for a bit of a nightmare.

Here’s everything you need to know about how to defeat Sifu’s final boss, Yang.

Where To Find Yang?

How To Defeat Yang – Preparation

The Sanctuary is filled with the toughest level enemies in the whole game, though when you reach Yang, you’ll unlock a shortcut that takes you on a straight line from the starting area to the final boss. While taking the default route yields an extra shrine, it’s not necessary if you’re just looking to finish the game, and if you’ve followed the advice from our Kuroki and Jinfeng guides, you should be fine for shrines.

If you haven’t followed that advice, the cliff notes version is that you need at least one tick of the “parries increase resolve damage” shrine upgrade in order to be in good standing against Yang. If you haven’t got that upgrade, the best place to get it is in the opening level, which requires a level score of 4000. Unfortunately, that might also mean a full run reset to get these upgrades, but if you’ve made it to The Sanctuary, you likely have a few permanent skills that’ll make the run easier, along with the shortcuts.

Once you’ve got your run loadout in place, you’ve defeated the first four levels (with an age of around 30-40 to boot) and you’ve opened all the shortcuts in The Sanctuary, you’re finally ready for Yang. After the defeating the first enemy and moving through to the next room, you’ll come to a crossroads. Head left into the restaurant and deal with the five enemies in there. Watch out for the big lad coming from the back of the room. You can take out the two on the right, then head into the kitchen to grab a weapon to make your life easier, if that helps. Afterwards, claim the shrine for a free, optional upgrade. Increased structure would be a good shout here.

Afterwards, head outside, where three enemies will lie in wait on the stairs. Slide kick one of the enemies behind the big guy while they’re still talking for an easy takedown, then focus on the other smaller guy to take their weapon, taking care not to progress up the stairs too far. With the two smaller threats gone, the big guy is less of an issue, especially if you have a weapon on hand. The restaurant has a few knives going spare, if you want to grab one beforehand.

Next on the stairs is an agile woman and a large grappler type who are liable to mess your day up. Try to keep two focus bars handy for the fight after this, but if you’ve got one to spare, try to use a focus attack leg sweep on the woman as she’s got less health and is more prone to dodging thrown weapons. Once she’s out the picture, throw as many bricks as you can at the other lad because he won’t dodge them like the first enemy does. A brick followed by a quick combo or a regular sweep (down-up+triangle) and down attack will keep this guy sedated.

Finally, the last hurdle before Yang is a powerful staff user who will put you six feet under in two seconds flat if you’re not careful. It’s here where those two additional bars of focus are going to come in clutch. Similar to how the two bodyguards were defeated in the guide for The Tower and the Jinfeng boss fight, you’ll want to use a vertical strikes focus attack near to a wall, then utilise light, light, heavy combos to push the enemy into the wall repeatedly. The damage will mount up quickly, hopefully allowing you to initiate a takedown before they can retaliate.

Once these threats are disposed of, grab the enemy’s staff, proceed into the next room, make a stop at the shrine for any last upgrades and skill unlocks you feel like you need, then get ready to face Yang himself.

How To Defeat Yang – Phase 1

Without a doubt, Yang is the strongest foe in the entire game, bar none. There’s a few reasons for this, the main one being that Yang’s moveset mostly comprises a lot of your moves, only his are faster, hit harder and are just better. Yang is your superior in a lot of ways, making his boss fight a war of attrition anyway.

Secondly, he is immune to focus attacks. This crutch that you’ve likely relied upon for the entire length of Sifu is useless to you against Yang, meaning you have to rely on your own skills and wiles to take down this beast. Finally, Yang’s health pool seems astronomical, making winning in a straight fight seem almost impossible. Given how much he loves either throwing out attacks or dodging everything you throw at him, it might seem like there’s no clear solution to defeat Yang, but the answer is simple: Parry.

Yang’s one weakness is parrying, and if you’ve grabbed the shrine upgrade that makes parrying deal more resolve damage, Yang’s boss fight becomes a tad more manageable as a result. It’s still not easy by any stretch of the imagination, but the goal is a lot more attainable when your one tool is more effective than it normally would be. With a staff in hand, parrying and dealing the odd strike here and there should see Yang’s structure being whittled down slowly but surely. Once depleted, hit the takedown and get ready for Yang to up the ante.

How To Defeat Yang – Phase 2

The second stage of Yang’s boss fight is basically the same as the first stage. Yang will attempt to overwhelm you with strikes and attacks, and you’ll need to do your best to parry all the attacks you can to break his structure meter and ultimately deal the killing blow. Sounds simple in theory, but Yang’s got a few new tools at his disposal that will mess your day up.

Aside from the usual moves he retains from the first phase, Yang’s new moves include a charging attack where he goes for some strikes upon contact with you, a hit-confirm grab that will knock you on the floor, a floor grab that deals aggressive amounts of damage, a slide kick and a throw that swaps your positioning. That last one isn’t so much of a threat as he tends to dash backwards afterwards anyway, but the spinning camera is annoying if nothing else.

While the various grabs are hell to deal with, the other new moves are parriable and dodgeable, which ultimately means that they can lead to Yang’s downfall. It’s a tough fight, even when you know that parrying is the only thing that can help you, but knowing is only half the battle. Take a few goes with Yang, on both phase one and two, because he takes some acclimatising to. Above all else though, persevere and you’ll eventually defeat Yang and have beaten Sifu.

READ NEXT: Sifu (PS5) REVIEW – Zen And The Art Of Kicking Ass