Sifu: How To Unlock The True Ending

The path to Wude. 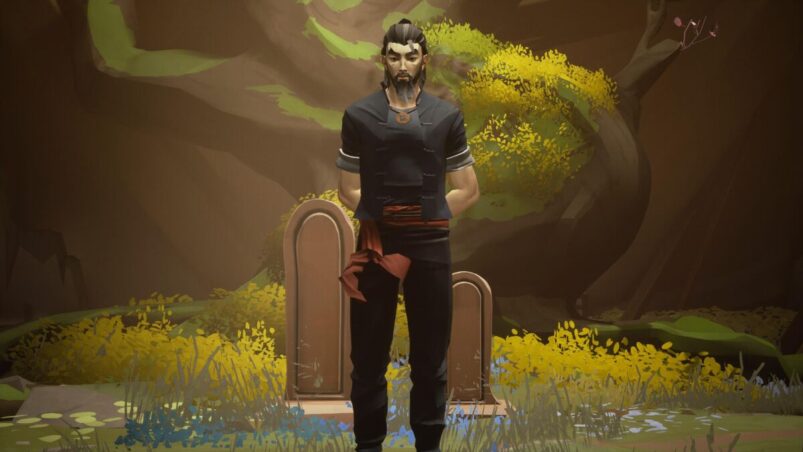 Like all good roguelikes, Sifu doesn’t just end when you’ve beaten the final boss, as there’s a hidden, true ending to unlock that wraps the game up in a neat little bow. However, it’s a bit unclear how you go about unlocking that true ending. Here’s everything you need to know about unlocking Sifu’s true ending.

What Is Sifu’s True Ending All About?

The first “half” of Sifu is all about avenging the death of your father at the hands of the five martial arts masters that comprise the game’s bosses. After working your way through the levels and finally defeating Yang, the player character makes a revelation that revenge isn’t the true path, and instead must follow the principles of “wude”, translated as “martial morality”. Basically, you need to spare all the bosses, as a true practitioner of martial arts doesn’t need to kill their opponents to defeat them. It’s time to break the cycle of bloodshed.

How Do You End Up On Sifu’s True Ending Path?

You need to play through the game again, going through the game’s first four levels one by one and taking on the boss fights for one last time. Each of the first four fights plays out exactly the same, but your parameters for success have been altered slightly. Complete phase one exactly as you would normally, then when phase two rolls around, you want to aim for structure damage over regular damage.

Once you’ve broken your opponent’s structure, you need to resist the urge to hit triangle and circle to instantly take them down. Trust me, trying to avoid just hitting takedown instinctively is one of the hardest challenges that Sifu has to offer, and the only thing you can do afterwards is just restart the level and try again. Frustrating isn’t the word, but persevere. After breaking their structure yet refusing to finish the fight, the boss will make some off-hand comment, meaning you’re on the right track. Their structure gauge will be almost broken still, so break it again and you’ll be given an option via right on the d-pad to spare the boss. A short cutscene will play, and you’ll be one step closer to achieving the true ending.

After defeating the first four bosses again (which you might be able to do in any order, we’re not sure), it’s time to head to The Sanctuary for one last confrontation with Yang. The same process applies of reaching phase two, breaking his structure, leaving him alone then breaking it again to hit spare. Here, things go a little differently, as Yang will enter a third phase where he throws everything he’s got at you with no health bar in sight. Fortunately, you seemingly can’t die during the phase either, so parry as much as you can, break his structure and hit takedown when you get the ability to.

Now, sit back, relax, and enjoy the ending of Sifu.

Sifu’s true ending is all about breaking structure in order to spare the game’s bosses, so parrying will become one of your biggest assets when it comes to reaching the proper conclusion. Following the original run’s guide of acquiring the parry upgrade is paramount, especially against Yang, who’s a demon to deal with at the best of times.

For the most part, taking on the bosses can progress the same as it normally would. Doing damage through strikes has a twofold effect on structure, the most obvious being that any health damage also impacts structure. Wailing on a boss gets you closer to your goal anyway, but there’s the added benefit of the boss’ structure recovering slower when they’re on lower health, so it helps to batter your foes, even if just a little bit.

Once you’ve got their health low and structure decently weakened, use parries to damage their structure further until its broken, leave them alone while they recover then do the whole process again before going for the spare. With no time at all, you’ll be well on your way to enjoying Sifu’s true ending.