Spiral REVIEW – The Horror of Hate

What Spiral lacks in scares early on, it more than makes up for with palpably powerful social commentary and a memorably gruesome finale. 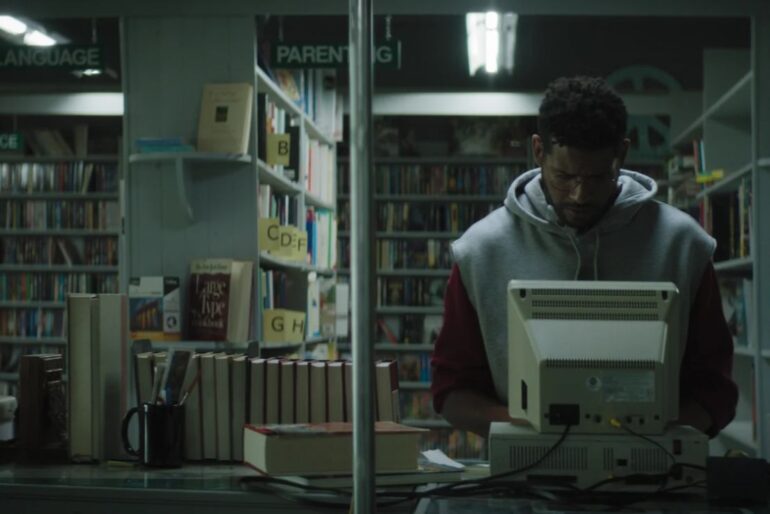 It’s a sign of strong storytelling when a creative team can make real-world fears palpable for a general audience. It’s unrealistic to think that an audience ever could truly understand the prejudices that protected groups experience from watching a film. And yet Spiral translates its social commentary in a palatable manner through smart, psychological scares.

Directed by Kurtis David Harder (Incontrol), and written by Colin Minihan (What Keeps You Alive) and John Poliquin (director of Grave Encounter 2), Spiral is a story about a fresh start.

Aaron (Ari Cohen) and his partner Malik (Jeffrey Bowyer-Chapman) move to a small town with Aaron’s teenage daughter Kayla (Jennifer Laporte), to begin a new life together. But as we learn, being an openly gay, interracial couple in the 90s puts them at odds with their new community. While Aaron tries to see the good in people, Malik knows the actual danger of hate.

He knows that hate doesn’t always begin violently. Hostile glances as he jogs through town, homophobic comments made by Kayla’s friend, and daftly racist comments from ignorant neighbors reaffirm his wary nature. When these instances of prejudice and hate begin to escalate, it conjures up Malik’s past trauma causing him to question everything.

Writers Minihan and Poliquin frame Spiral as a horror allegory for the hate that gay men face in America. They explore this through the relationship dynamic of Aaron and Malik and the world around them. Through snippets of flashbacks, we learn that Malik witnessed a brutal hate crime in his youth, which gives him a perspective on the gay experience that Aaron doesn’t have. We see how prejudice, hate, and unresolved trauma can shape one’s perception of society, making for a disturbing cautionary tale.

Using the framework of a horror film to explore these underlying real world issues is a strength of Spiral. The film’s easily approachable cult horror framework serves as a vessel to begin to articulate to those outside of the LGBTQ community the literal horrors that community members face, both inside and outside film.

Malik’s distrust and paranoia of his new neighbors escalates when he observes increasingly secretive and strange behavior. This leads him down a rabbit hole of hateful conspiracies, as the more he uncovers the potential for danger grows. Or does it?

Spiral’s first half is mostly a handful of genre standard jump scares. A shadowy figure stands outside their home, or branches bang against a window mimicking a break in. The film’s reliance on safe scares allows the characters and their predicament to be explored without much distraction, at the cost of feeling overly familiar.

This does take its toll on the viewer’s perception of what Spiral entails, given the somewhat underwhelming early scares. This can be overlooked, as Spiral is intricately building to a sinisterly rewarding second half. By shifting the focus to the lingering effects of unresolved PTSD, it applies a much needed psychological angle to the narrative. As Malik uncovers more clues pointing to a nefarious cult residing in the area, his reliability as a narrator begins to be called into question.

This unreliability serves a dual purpose. It pushes the scares in a new, and narratively intriguing direction that makes the back half of the film more frightening. And while this doesn’t wholly replace jump scares, a lack of successful ones early on allows these latter ones to be more effective given their new supernatural slant.

We see Malik’s grasp on reality begin to falter, and the audience has the shocking realization that his recollection of events is shaky at best. This lack of reliability helps bolster Spiral’s scares, as well as aid its underlying themes. While it provides a new narrative avenue, this unreliability could also serve to represent the plight of LGBTQ members who feel invisible within society. This intersectionality of supernatural and real world fear is a poignant blend of social commentary and terror.

The second half of the film primarily makes up for the fairly linear narrative dominating the film’s beginning. As the scares become fueled by Malik’s potentially deteriorating sanity, it allows director Kurtis David Harder to set the stage for more unsettling shots and genuinely surprising moments. All of this is sold by Jeffrey Bowyer-Chapman’s performance as a man whose world and relationships are crumbling around him.

Bowyer Chapman brings an energy and a passion to his performance that palpably sells his character’s pain. There’s no better example of this than when the film tackles the antiquated notion that “things are getting better for everyone.” In a pivotal, emotionally charged scene, Malik says to Kayla, “People don’t change [their feelings of hate], they just get better at hiding it.” He recants his earlier notion that, “Being loud and proud is the best thing in the world.” It’s one of the more shocking and disturbing moments of the film, as Malik, whose exterior is one of absolution in pride, reveals how he actually feels.

It is as if Malik is forced to shed the attitude that those around him expect of him. In the place of these shed expectations is his freeing admission that the world remains a dangerous place filled with people who hate him and his family for simply who they are.

And for all of Spiral’s cultish, psychological and demonic imagery, hate reigns as the most prevailing real-world horror. 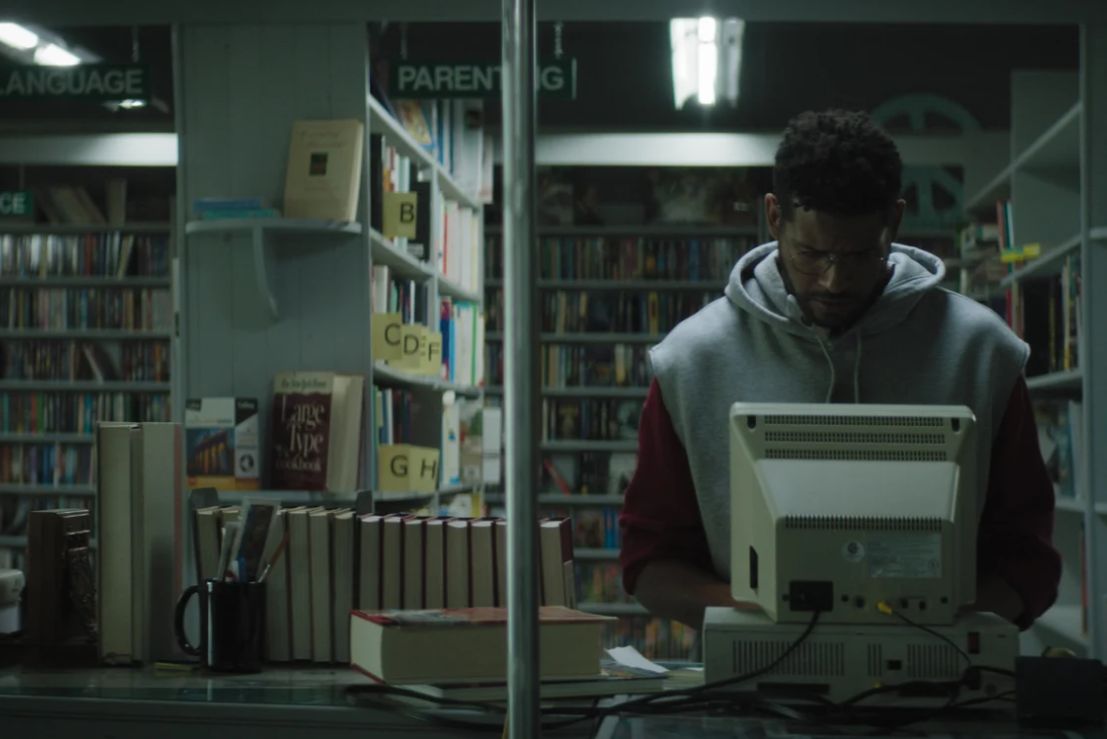 Verdict
What Spiral lacks in scares early on, it more than makes up for with powerful social commentary and a memorably gruesome finale.
7
Cultured Vultures is a pop culture website established in 2013 covering all things gaming, movies, and more. We eat your words.
All The News On The Biggest Games