‘Showgirls’: How Did It Become A Gay Cult Classic? 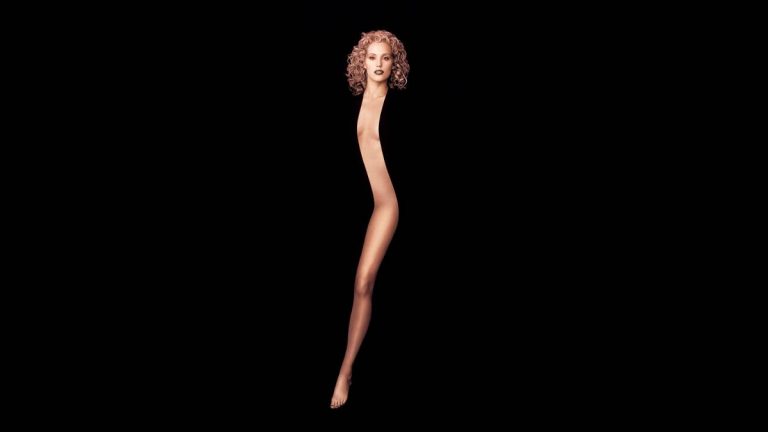 If you’re of a certain age – I’d say from about 28 onwards – you’ll probably have seen a certain film about a stripper who hitch-hiked her way to Vegas and ended up being the lead showgirl at a topless dance show. And if you haven’t, stop reading this article, and get it downloaded, if only for novelty value.

‘Showgirls’ is undoubtedly one of the best trash movies you could ever possibly dream of. It’s utterly compelling for all the wrong reasons: terrible acting, a questionable plot, and far too much viewing of a vagina than a homosexual would want to see. Yet I’ve probably watched it more than a dozen times. It falls under the awful category of ‘so bad, it’s fabulous’.

Gina Gershon, who played the corrupt, scheming and manipulative Cristal Connors in the film – and who once stated that the day that she got on the set for the film and began to play Cristal, her ‘secret goal’ was for drag queens to dress as her character on Halloween – said in a recent interview that she stills gets asked about ‘Showgirls’, and how interesting it was how critics tried to ‘destroy’ the movie (more on that in a moment) and yet twenty years on, they were still talking about it.

‘Showgirls’ recently celebrated its 20th anniversary and to celebrate, a screening was showcased at the Hollywood Forever Cemetary. The fans turned out in their legions, as did Elizabeth Berkley, who played the lead of Nomi Malone, the volatile, fiery little bundle of dynamite who rocked the world of voyeuristic entertainment. Berkley made reference to the historic same-sex marriage ruling and expressed her gratitude to the die-hard fans who made the film the cult monster that it has become.

The big question is: how the hell did this happen?

The film was originally released in 1995, and was critically panned by everyone from critics to audiences. ‘Impossibly vulgar, tawdy and coarse’ was one of the nicer reviews that I could find to sum it up, and believe it, there are plenty to be found on Google if you’re having a dull afternoon. Berkley herself was subjected to a tirade, being accused of aggressively trying to shed her childhood acting past. Before ‘Showgirls’, she starred in ‘Saved By The Bell’, one of the biggest school sitcoms of the 90’s before starring in what amounted to ‘softcore pornography’. It’s probably surprising to know that Pamela Anderson, Drew Barrymore and Angelina Jolie were approached to play the role of Nomi. Wise decision in turning that one down, ladies. On another note, Madonna was offered the role of Cristal Connors before Gina Gershon became available. Can you imagine how perfect that would have been?!

However, soon after its cinema release, something strange happened. The video release enjoyed huge success, since becoming one of MGM’s top 20 best-selling videos of all time. According to Naomi Klein, an author and film-maker, ‘twenty-somethings were throwing ‘Showgirls‘ irony parties laughing sardonically at the implausibly poor screenplay and shrieking with horror at the aerobic sexual encounters’. Unintentionally, the film that had been mocked relentlessly by critics had inadvertently given it the boost that it needed for cult success.

So how did the gay following come about?

Well, let’s face it. Us gays love a good film about overcoming adversity. Laugh as you may, but that’s what ‘Showgirls’ – albeit in the most unconventional, unconvincing and twisted way – is about. Plucky girl comes to Vegas with a dream of making it big, ends up in an exploitive job that she hates, manages to make the right connections, gets in with the powerful but sleazy executive side of the entertainment industry, abandons her morals to get the lead role, but redeems herself by making things right in the end before fleeing for pastures anew. I’ve almost made it sound appealing and legitimate there, haven’t I?

As much as the film is erotically overcharged with female nudity and body parts galore, it’s actually a satirical masterpiece; a parody of a parody. Yes, it’s absolutely chock full of tits (and the rest), but quite honestly, after about half an hour, you barely even register that you’re seeing nipples, because you’re seeing them so often. And besides that, you’re too busy laughing at the outrageous dialogue to even care that you’re seeing naked flesh. Try hearing ‘she looks better than a ten-inch dick!’ or ‘I want my nipples to press but I don’t want them to look like they’re levitatin’!’ without rupturing your insides with laughter.

So if you’ve not seen ‘Showgirls’ yet – and I’d hope that you have, seeing as I implored you to stop reading this article if you hadn’t – then seriously, do it. There’s a reason why the term ‘it’s bad, like ‘Showgirls‘ bad’ was created.