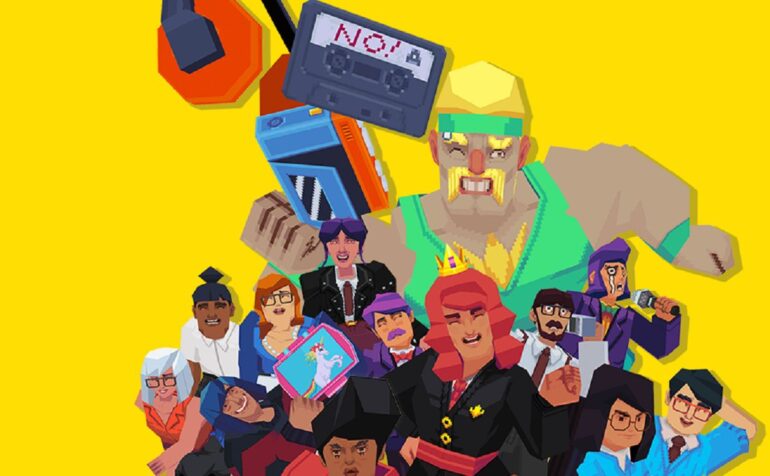 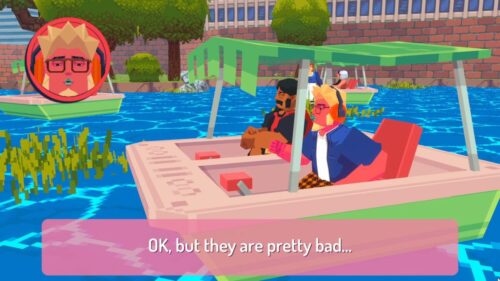 It takes guts to say no. Whether it’s to a boss at work, your family, or even a modest request from a passerby, it feels good to show concern and attempt to help those in need. In the corporate world, however, this good will can be easily taken advantage of by opportunists willing to exploit it for their own self-interest. As the world’s first no!-playing-game (NPG), Say No! More from Studio Fizbin is here to show you the amazing powers of self-esteem through assertive rejection. Using the titanic power of the word “no,” you’ll combat corporate wastrels in a brightly-colored retro 3D world.

You are an intern starting your first day at your new job. The character customization in Say No! More is full of charm to make your intern in any way you like, from straight-laced business professional to a zany-toned cartoon-casual. When you’re finished creating your perfect polygonal intern, you’ll meet up with your flatmate who brings you a beautifully-packed lunch. After this, you’ll head to your new office settings where the welcome is anything but warm. Until this point, your character will have fumbled their responses to these situations and given only unsure answers. Once you reach your desk, however, things begin to change.

After your new boss swipes your lovingly-made lunch, you find a cassette player with a tape inside that will give you two things. Some great, bouncy tunes to jam out to and the power to say “no!” with authority. This turns a strange on-rails adventure into one that harkens back to 90s arcade shooters, where your weapon is your newly-acquired powers of negativity. With this power, you’ll be able to shove anyone aside with a roaring denial. You’ll also learn to patronize and insult those in your path to soften them up and get a cheap laugh in before hitting them with a big “no!” It’s all rather simple in execution, but the challenge presented in Say No! More is a bit more subtle.

Many people will confront your jazzercising character on their rampage through the office. Most of them will rudely attempt to delegate their work to you or talk down to you until they’re hit with a “no” or their conversation gauge at the bottom of the screen depletes. Whether it’s a cold “no” or a casual “no,” it will dismiss these jerks and knock them out your way. Bigger enemies only need you to hold down the button to ramp up the intensity to power up the punch needed to send them flying. This is great fun and you’ll find yourself laughing out loud at some of the dialogue the NPCs hit you with, both before and after a “no.”

These corporate assailants will always be in your way with rude requests or unwarranted delegations. Whether it’s complaints about you or the office, or a lazy co-worker trying to push their work onto you, each rejection you land feels satisfying when it topples them over. This goes double for when you can make out their admissions of defeat after hitting them with a big “no,” creating laugh-out-loud moments triggered by distant echoes of “I’m a terrible person!”

Not all who confront you will do so with nagging requests or belittling remarks, though. Some of them will be different and yield fun side-stories and take you down alternate routes if you allow the person confronting you to make their point. It’s a fun and unique mechanic that rewards patience and mindfulness in a game where it can be easy to just blast anybody out of your path with a big “no!” This compliments the cartoonishly heartfelt storyline to make its finer points hit home and gives a sense of exploration to an otherwise linear game.

The small details are where Say No! More shines the most. The vibrantly-colored world feels alive as you are moved through it, traversing wacky locales both on and off the office campus. Your fellow interns, the office bosses and other characters have some hilarious dialogue that riffs on the darker side of corporate culture. It’s also packed with gut-busting sequences that only add to its slapstick charm, such as the lunch sequence in which your character’s problem is revealed to the larger cast. It adds up to make the experience one you want to see through and possibly play again to spot every little silly detail.

Say No! More oozes charm and personality from the start, but it’s not without a few flaws. There’s very little depth to the gameplay and since your favorite “no” will always do the job, there’s little reason to swap between them. Each taunt and “no” functions the same way with their only defining factors being their aesthetic, making ones you don’t use forgettable. It would have been great if each “no” had a bit more flair or reason to change up your denials, but the game is over before any of this begins to sink in thanks to the four-hour completion time.

Say No! More is a casual experience with a lot of heart. It’s got a ton of laugh-out-loud moments, whether they’re from the hilarious dialogue or the results of a hard-hitting “no” that will have you smiling until the very end. This is especially true for the zany, feel-good story and colorful visuals that come with the experience. Unfortunately, the gameplay proves to be little more than aesthetic choices that offer the same giggle-worthy quips between each option. It may not be the deepest or most involved title, but Say No! More will surely be enjoyed by those who give it a shot.

A code for Say No! More was provided by PR for the purposes of this review. 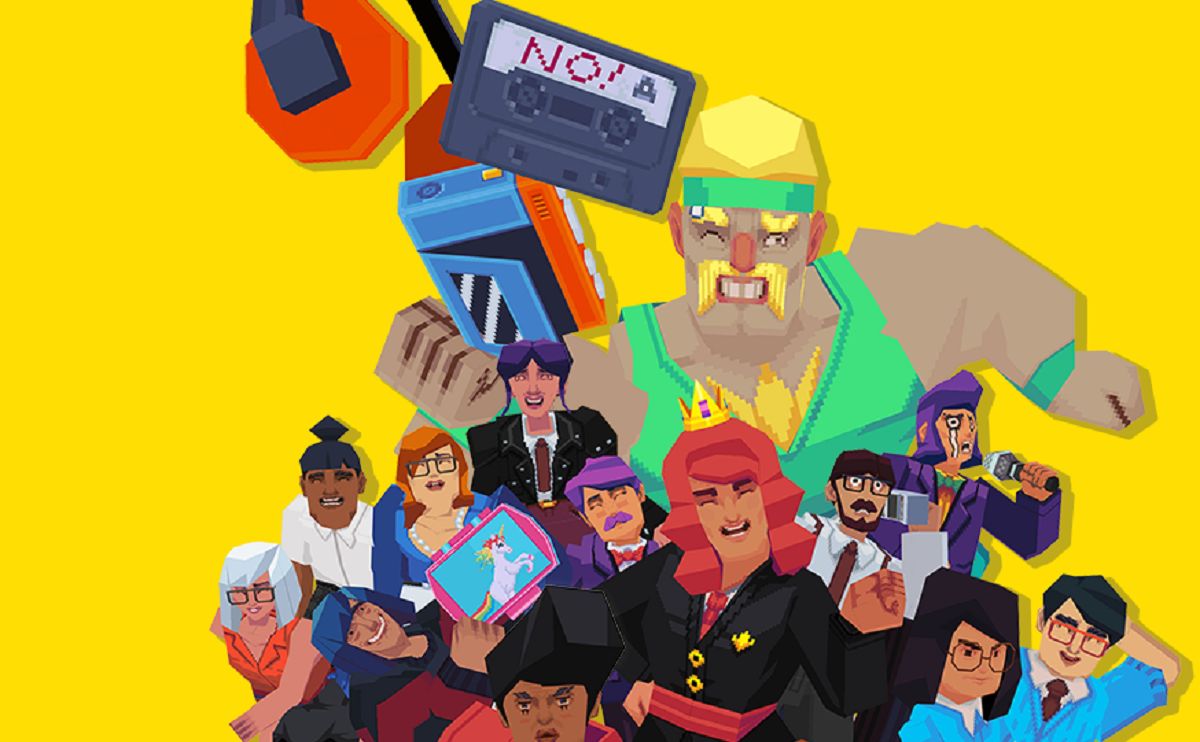 Verdict
Say No! More is a fun and humorous on-rails adventure that emphasizes its heartfelt story over intense gameplay.
7.5
Cultured Vultures is a pop culture website established in 2013 covering all things gaming, movies, and more. We eat your words.
All The News On The Biggest Games