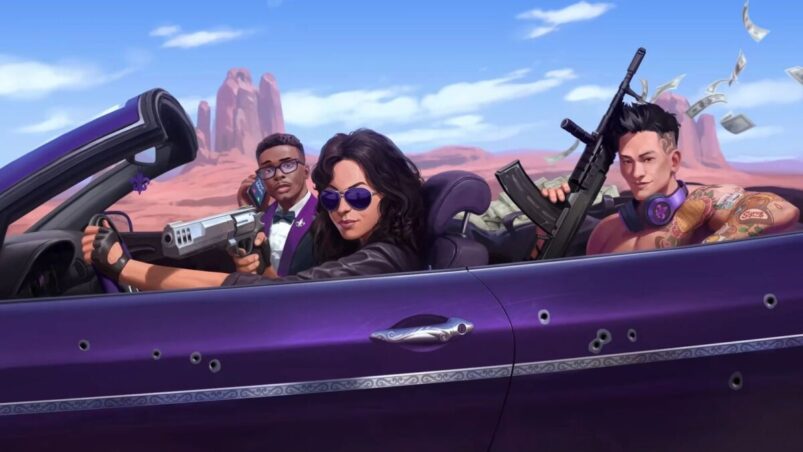 One of the biggest strengths of the Saints Row series has been the extensive creation suite, which promises that players can create a limitless amount of characters and possibilities. One element that can hold back creations though is tattoos, so it’s fortunate that Saints Row has plenty of silly and hilarious tattoos as part of its creation tools for players to plaster all over their character.

As Volition and Deep Silver seemingly have a lot of faith in the creation tools available within Saints Row, they’ve published the Boss Factory demo, which lets you create your own main character in preparation for the main game’s launch later this year on PC, PS4, PS5, Xbox One, and Xbox Series X & S. We’ve decided to take a root around the game’s tattoo options, and highlight some of our favorites, ranked in no particular order.

A simple calf tattoo, it’s likely that this one would never see the light of day on regular outfits, but you should probably make the effort to showcase this brilliant homage to 80s buddy cop movie Red Heat, which saw Arnold Schwarzeneggar and JIm Belushi team up to take down a drug kingpin. The tattoo itself references one of Arnie’s best ever lines, after revealing a stash of cocaine in a fake leg.

Spare a thought for the old city guards of Skyrim. They used to be adventurers like you, you know, but one well placed arrow strike to the knee ruined their career. Now, you can commemorate/memorialise their lost adventuring days with this rather fetching tattoo. No, it doesn’t come with the eggplant emoji, but it might boost your archery skill.

The Professor Genki character has been a consistent mascot for the Saints Row series since SR: The Third, so it’s no real surprise to see Genki immortalised in tattoo form in the reboot. There’s numerous tattoos to choose from, though our favourite just has to be the Bat Genki tramp stamp. Look at that adorable little face. Who knew that Genki could be capable of such violence and murder?

The Saints Row reboot is utilising a lot more South American history and culture with regards to its sandbox and city, Santo Ileso. It makes sense that it would then be reflected in the tattoos that the city has to offer, though High Kick might be one of the best. If nothing else, it’d be hilarious to see archeologists finding a drawing like this on some ancient wall.

The tattoo for the person whose favourite character in From Dusk Till Dawn was Sex Machine, the Crotch Gunner feels like it might send the wrong impression about what’s going on downstairs. According to the tattoo, your “shots” are on fire, so you might want to get that checked. It’s a funny tattoo though, if nothing else.

Genuinely the reason why this article is being made, the First Strike tattoo got a good belly laugh on first look. Coming from the same tattooing school as No Ragrets, the First Strike tattoo depicts the knuckles of someone who has three more fingers than they should have. Whoever came up with this one needs a raise of some kind, because they knocked it out of the park here.

It’s an alien pissing on the Earth. I’m 28 years old. There’s no hope for me if I find this funny.

Saints Row has two lower arm tattoo options for those who really want to have a tattoo of an arse on their character. While the Approved tattoo is funny because “haha, mushroom cloud fart,” the Get Well tattoo gets the nod here. Perhaps it’s something about the Mickey Mouse looking hand sticking a thumbs up where the sun doesn’t shine. Very mature tattoos, these. Definitely ones to show your parents.

Look, sometimes people just don’t appreciate your gains as you’re making them, so sometimes you’ll just have to tattoo a bicep on your bicep to really let people know you’re a gigachad who lifts weights on the regular. It’s definitely not the best tattoo in the game, but there’s a certain humour to marking yourself as a gym rat beyond, you know, the big muscles.

All pretence aside, this sleeve actually looks pretty sick. The Japanese anime and manga inspired tattoo absolutely pops with colour and vibrancy, containing so many different elements that you could spot something new every time you looked at it. I actually want this sleeve in real life now, if for no other reason than it would look better than the crappy tribal tat I do have at the minute.

READ MORE: Exploring The Tattoos Of The Yakuza Series