RWBY: Ice Queendom Is A Polished Re-Introduction to RWBY

Rooster Teeth’s show is back – with the first three episodes of its own anime. 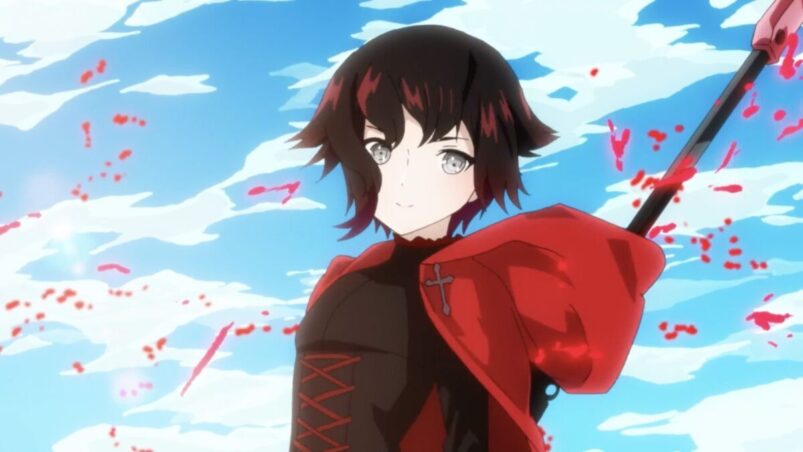 When the late Monty Oum first pitched to Rooster Teeth’s co-founder Burnie Burns the idea of an anime-like show about school kids fighting monsters, he couldn’t have possibly imagined the influence that his show would have on both western and eastern animation, becoming the first show of its kind to be distributed in Japan. Now, almost nine years since the first RWBY trailers dropped and ahead of its ninth season, RWBY has its own anime, Ice Queendom.

Co-created by American company Rooster Teeth Productions and Japanese studio SHAFT, RWBY: Ice Queendom is a spinoff of the original RWBY. The first three chapters, which have been released together, act as a mix of a recap of the first volume with a bigger budget, and new story elements that keep it fresh and new, whether that be expanding a bit more on what the original left out, like Yang and Ruby’s relationship pre-beacon arc, or the introduction of a new insidious Grimm which is specifically targeting the students of Beacon Academy.

The first three chapters are currently available on the Rooster Teeth website for FIRST members, as well as on the YouTube channel Crunchyroll Collection. The Japanese dub cast from the original show return to voice their counterparts, and while the episode currently seems to only be available in Japanese with English subtitles, the original English cast will return to voice their roles as well, though I personally will continue to be watching the subbed version as it feels somewhat refreshing.

While this episode may feel like a one-hour nostalgia trip for fans of RWBY: Volume 1, it sets up the foundation for a different story which seems to fit alongside the canon of the original show. The soundtrack has received a significant change: The opening theme and song that plays during the Dust shop robbery, ‘Beyond Selves’ and ‘Capabilities Unseen’ by Void Chords feat L, are absolute bangers and feel similar to the songs performed by Jeff and Casey Lee Williams in the original show in terms of style.

Aspects of Volume 1 have been completely cut out or edited to make room for Ice Queendom’s own plot, cutting Volume 1’s two-hour running time in half and some of these are welcome changes – the Cardin Winchester plotline is non-existent in this iteration, and Jaune Arc, though still naïve and inexperienced, is much less insufferable. Instead, it is replaced with a plot line featuring a new type of Grimm called a Nightmare, a small spirit that invades human hosts and plagues them with doubts and anxieties while feeding off their Aura.

As for the animation, SHAFT and Rooster Teeth are both veterans of the industry, and Ice Queendom serves as a testament to what RWBY could have been if the first volume had more resources put into it. The animation can look a bit jerky during more mundane sequences, like when characters are just simply sharing dialogue, but holy shit, it really shines through during the fight scenes.

There are only a couple, like Weiss’ fight with the Arma Gigas or Ruby thwarting Roman’s Dust robbery (also, why didn’t the episode show Penny’s fight with the White Fang? Feels a bit like a cop out) and they may not quite compare to what Oum produced, they are still absolutely stunning. It can be a bit jarring noticing the differences in quality, as it’s obvious that the creators’ efforts were saved specifically for these fight sequences, but it is such a visual spectacle. Even just simple shots of the school or other locations are beautiful, and a welcome improvement on RWBY’s roots.

In addition to the animation, Ice Queendom also improves on other qualities RWBY lacked in, and while all that may be due to hindsight, it is still a welcome experience as a fan of the original. We get more context to character motivations from the original, like one of the reasons Yang is hesitant to stick by Ruby’s side is because her dad and her believe she should be more independent. Ruby, Yang and Tai are shown functioning as a family unit, which is something that the original also failed to do – the closest equivalent the original did was in Volume 4, when Yang is recovering under the care of Tai. While he may have suffered in the latter seasons of RWBY, Jacques Schnee as a character is such an intimidating presence. Even though he shows up for only a few minutes, it is a significant improvement compared to what the character ended up becoming in the original.

RWBY: Ice Queendom is a great re-entry point for fans of the show, both for longstanding viewers who stuck with the show and others which may have fallen out of love with the later seasons. But more than anything, RWBY: Ice Queendom truly feels like a love letter to the original show. Personally, it’s filled me with a sense of anticipation and joy that I haven’t felt towards the show since the red, white, black and yellow trailers, balancing both nostalgia to the original and intrigue of where the spinoff will go.

The animation during the fights is great, the performances from the Japanese voice actors are spectacular, and while it may have initially felt like a remastered recap at first, the first three chapters of RWBY: Ice Queendom feel like a beloved tribute. and a promising new adventure. Equal parts nostalgia trip and brand new story, I genuinely cannot wait to see where RWBY: Ice Queendom goes from here.