Rust PS4 & Xbox One: How To Ride Horses 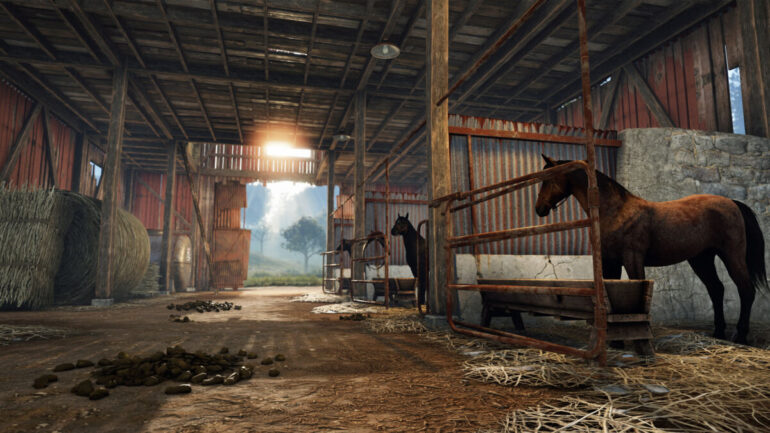 Horses are one of many animals found around the maps of Rust: Console Edition, skittish animals that run away almost as soon as you get near them. But is there any way to ride the horses in PS4 and Xbox One.

The simple answer is no, you cannot ride horses in Rust: Console Edition. No horse riding is one of many concessions Double Eleven had to make to have Rust run on what is now very old tech, along with basically every feature that’s been added in the past two years of Rust.

What that also means is there’s no stables to buy them from, or way of customising them. You can just hunt horses for raw meat and cloth, but you will need ranged weapons as they run away extremely quickly.

As for if you will ever be able to ride horses in Rust: Console Edition, it’s likely as Double Eleven have said that they will be looking to keep the game updated over time, adding features back in while working within the limitations of the hardware.

Rust is available now on PC.