Even if it's not really that kinda game. 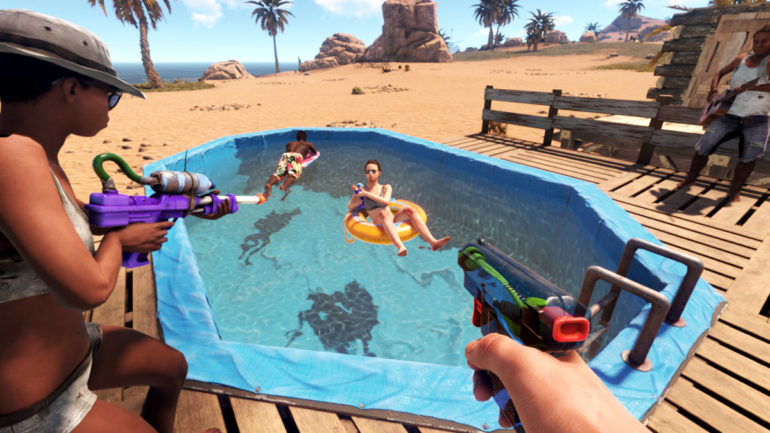 Rust: Console Edition is a game that will make you die a lot, particularly if you’re solo. While PVP is hardly the focus of the survival game, there are those who play just to take on other players. So how do you check Rust K/D on PS4 and Xbox One.

Well, it’s simple: from the main menu, go down to Stats > My Stats and then check your kills, deaths, and kill/death ratio under total playtime. Anything under 1.0 means that you’re dying too much, while anything over 1.0 is probably a miracle.

So, how you improved your K/D in Rust: Console Edition? The simplest answer is to team up with other players as Rust is ultimately a numbers game. But in all honesty, the best advice is to not sweat your Rust K/D in a game where you can get killed by a boar in total darkness and dying is just a large part of the experience.

READ NEXT: Rust PS4 & Xbox One: How To Change Controls