Rust PS4 & Xbox One: How To Enable Cross Play Servers

Misery shared is a misery spared. 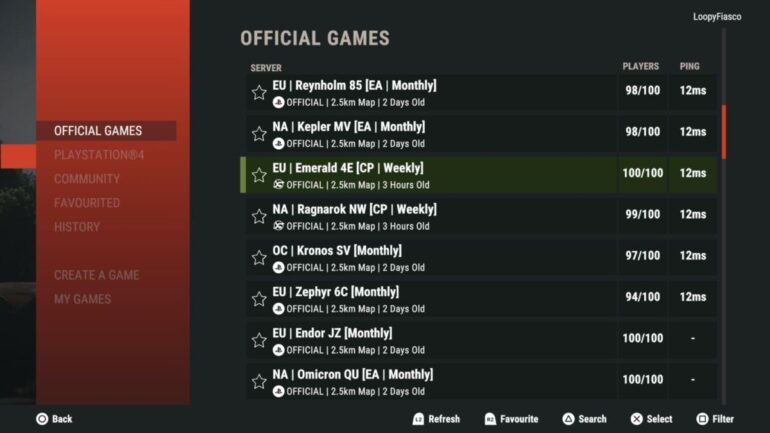 Rust: Console Edition has been a huge success in terms of popularity with countless people experience Rust’s special brand of pain for the first time on PS4 and Xbox One. Rust isn’t the same game without friends though, so is there any way to play cross play with friends on PS4 and Xbox One if you’re on different platforms?

The answer is yes, and it’s very easy to sort out. You and your friends just need to join the same cross play server.

Go to join a server and then choose from the Official Games list. Find a server with the following icon next to it, which denotes that it is a cross play server.

Just get your friends to join the same server and there you go, Rust cross play between PlayStation and Xbox.

There aren’t that many cross play servers in Rust: Console Edition at this time of writing, but Double Eleven will be adding more over time when the game is in a better state overall.

Rust: Console Edition is not cross play with the PC version of the game as they are basically two different versions of Rust.

Double Eleven had to take an earlier build of Rust and optimise it to the moon and back to make even a watered down version of Rust work on console, hence why they also had to add a different Skin Store and why so many feature are missing.

As for if it will ever happen, it’s incredibly unlikely. It would also be massively unfair on those playing on a controller as Rust with a mouse and keyboard is just the better, easier experience all round. Controller players probably wouldn’t be able to get out of primitive.

Rust: Console Edition is available now for PS4 and Xbox One, as well as PS5 and Xbox Series X | S via backwards compatibility.

READ NEXT: Rust On PS4 & Xbox One Just Isn’t Worth Buying Yet