Rust Fishing Villages: Boats, Prices & What You Need To Know

King of the seas. 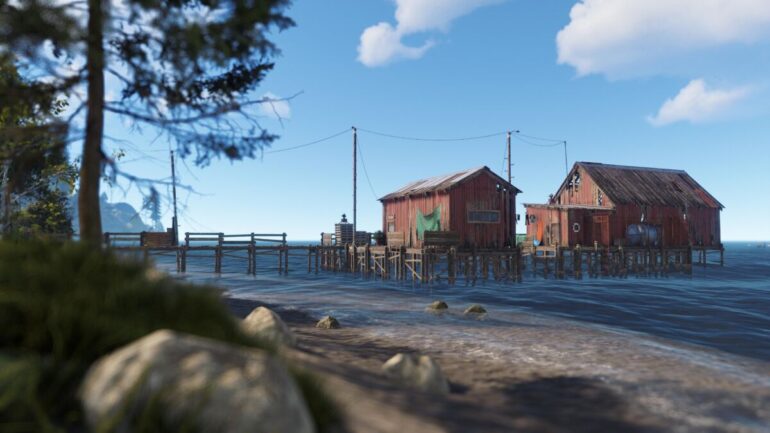 As part of the huge September update for Rust, Facepunch is adding a new location that could change up Rust experience in a drastic way. Arriving on September 3rd, Fishing Villages will provide the only place for you to acquire boats from now on.

It’s quite the drastic overhaul, in truth. It seems to be a move that benefits already established, rich players, though it’s not often that you come across enough low grade when you’re poor anyway. This does seem like it will make it even harder for non-geared players to take rig, or to get the drop on other teams or even get around the map quicker.

Here’s everything you need to know about the new Fishing Villages in Rust, as well as what’s going on with the boats.

Multiple Fishing Villages will be available around the coast of the Rust map and will all vary in size — future updates are planned for these new locations.

Fishing Villages are safe zones like Bandit Camp, so any violence will be met with you getting shot down by guards. It will be interesting to see what the penalty for boat theft is.

Players will only be able to buy the Rowboat and RHIB from these Fishing Villages’ Boat Shops from now on — they will not procedurally spawn.

As well as that, players will now have the option of crafting a Kayak, which can also be purchased from Boat vendors. You will, however, need a Paddle to operate a Kayak, but this can also be used as a weapon.

Kayaks require actual manpower to use, you alternating between left and right click to “drive” with the Paddle.

I can already see a group of naked rocking up to a water base with a flotilla of Kayaks.

As mentioned, that’s a fair bit of “money” to get boats in Rust now. Scrap isn’t always the easiest of things to get your hands on, though you do always have the option of playing roulette at Bandit Camp and winning big, like every YouTuber seems to.

We have some tips for getting Scrap fast in Rust if you are sick of hitting barrels every hour.

It’s worth remembering that Kayaks can be built instead of having to shell out for Scrap, though these will be nowhere near as fast and will offer zero cover whatsoever.

Rust is available now for PC. Console versions are due sometime in 2020.

READ NEXT: Rust Stables Update: Horses, Prices & What You Need To Know