But what about the boobs and balls? 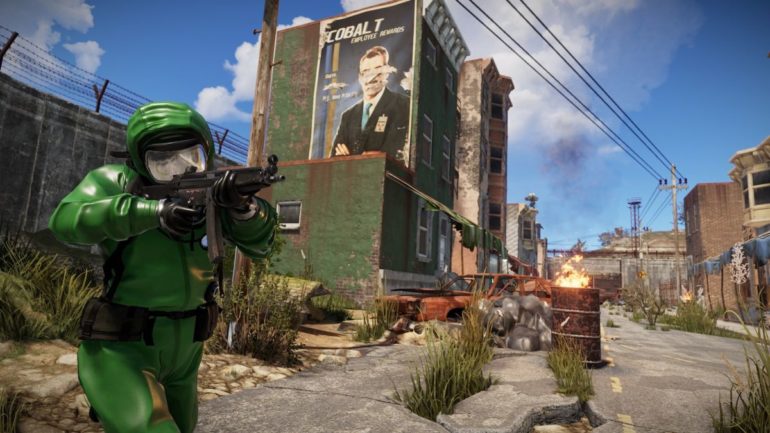 The misanthropy simulator Rust is making its console debut next year when it lands on PlayStation 4 and Xbox One, Facepunch Studios has announced.

A survival game that’s more about ruining players’ lives than it is collecting X amount of Y, Rust for Xbox One was first announced at X019 before it was later revealed as coming to PS4 as well.

An Early Access graduate, Rust features a giant map for players to be mean to each other on. That’s it. There used to be zombies, and now there aren’t. The beauty of Rust is in the simplicity of its mayhem.

I can’t undersell how wonderfully toxic this game is — it’s the video game equivalent of running out into a field and screaming. I once made friends with a pair of Germans and we went around killing everyone and eating them. It was great.

It will be interesting to see how Sony handle the nudity, though. Fresh spawns in Rust on PC awaken naked on a beach, and with Sony censoring most sign of buttcracks, they could leave the filter on to blur out genitals by default.

How it fares on console will also be of note, especially as it performs somewhat temperamentally on PC as is. Here’s hoping it holds up a little bit better than the disaster of DayZ on console.

More info about Rust on consoles will be released soon.