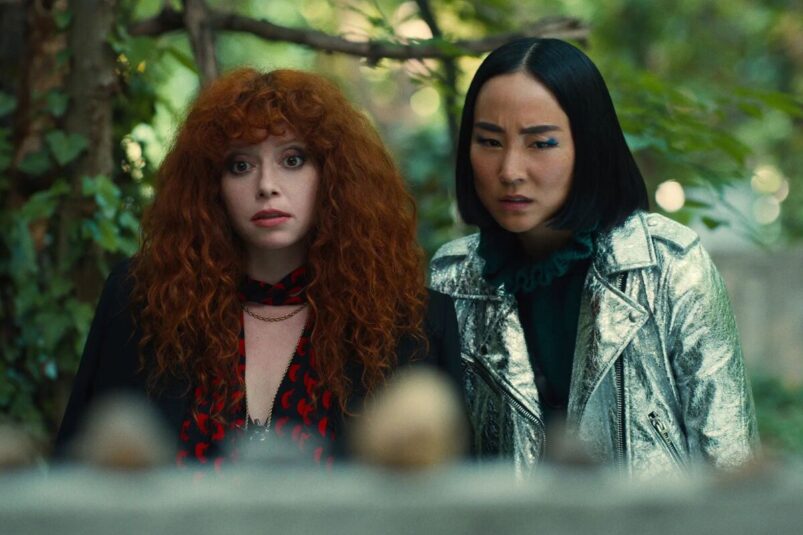 Taking the seemingly done-to-death premise of a character continually reliving the same night, Russian Doll unexpectedly became one of the best shows to come out of 2019, with a script that was brilliantly witty, while at the same time exploring some much deeper themes. But when a second season was announced, there were some huge question marks over where such a follow-up could possibly go.

All too often when a gem of a TV show comes back for new seasons, there’s always that anxiety that it won’t still be as high-quality, or simply be too much of a good thing. There are countless shows that have started off great, but then get extended long past their natural endpoint. Russian Doll was one such show, which, when it came to a close, didn’t seem to naturally lend itself to a sequel.

The project was one that had been years in the making, clearly thinking out what it wanted to say. From the start, it had a somewhat limited plot in that it had a setup that was very clearly defined, and was completely wrapped up by the end. Furthermore, that ending was one left very much open to interpretation and which gave few solid, tangible answers to the nature of the time loop the characters found themselves in. Instead, the emphasis was on how the different characters had developed, and the lessons learnt.

However, the new season more than proves itself to be just as brilliant and as well crafted as the first. Crucially, this second season doesn’t just repeat what it did in the first but instead goes forwards with a whole new storyline, one that could easily have come from an entirely different show, and which is best gone into without any spoilers.

Seemingly ditching the Groundhog Day-style storyline of reliving the same day over and over, it instead leans far more into some of the more common portrayals of time travel, as characters Nadia and Alan find themselves instead reliving different eras of history as other people, from the 1980s, to the 1960s and the 1940s.

Like in the previous season, this first episode sets up this concept brilliantly, as we see Nadia slowly noticing the many anachronisms throughout the train she jumps on, to the haunting melody of Bauhaus’s ‘Bela Lugosi’s Dead’. Only as the episode progresses, after she announces “when the universe fucks with you, let it,” do we get the full realization of just where, and who, she’s found herself in. The discovery is one that’s incredibly jarring for her and, in her words, worse than death.

The characterisation of Nadia, played by Natasha Lyonne, who also writes and directs, remains one of the best things about Russian Doll. With her sarcastic, deadpan outlook and dialogue, hers is a character I could simply watch doing their shopping all day, they’re just so damn fun. There are some absolutely golden lines throughout these new episodes, and its referential dialogue and dark comedy not only make it a blast to watch but is also essential for helping to make such an out-there show as this work. There are so many references and in-jokes throughout this writing that many are easy to miss.

But on top of this, the character remains as deeply layered as ever, as she attempts to deal not only with what’s happening around her but also with how it brings up some long-built up traumas – something which, this time, her apparent ability to truly move through time travel gives her the opportunity to undo. It’s clear throughout that Lyonne has put a lot of herself into the performance, from her Jewish background, to the choices of soundtrack used throughout. There are few characters in recent years who have been so consistently entertaining, while also feeling quite so vulnerable, and it’s in these kinds of moments, where you can see her doubting her very sanity, that Lyonne’s performance really impresses.

As the second season largely jumps to completely different plotlines from the first, there is the sense that some other characters have been left without quite so much to do. In particular, Alan, played by Charlie Barnett, seems to suffer from this, shifting from the second lead in the first season to someone who’s largely an afternote here. Until the final episode, his character shows up only sparingly, and it’s his plotline that makes perhaps the least impression throughout. Instead, the newer season focuses on the characters more rooted in Nadia’s own backstory.

One of the most interesting aspects of the first season of Russian Doll was how it used a seemingly tired format to slowly explore themes surrounding mental illness and trauma – be that trauma from unhealthy relationships and childhood, or from the painful legacies of events like the Holocaust. Season two goes even further with the revelation that Nadia has not simply travelled back to the eighties, but is in fact reliving the life of her mentally ill mother. Chloe Sevigny is outstanding in this role, even in fleeting appearances as the face staring out of a mirror, or as the hallucination during a psychotic episode, giving the character a real sense of vulnerability while remaining an unnerving presence.

The show leans even further into its dramatic side as we see Nadia experiencing the same mental illnesses and historical traumas that impacted both her mother and grandmother. Increasingly there’s the temptation, touched upon in all time travel fiction, to undo what’s come before, to imagine that everything would have worked out fine if just one thing was changed. We see each character become increasingly desperate in attempting this, only for it to feel as if the very universe itself is thwarting them, with an increasingly oppressive and haunting atmosphere built up throughout the final few episodes.

As things become increasingly unravelled, we start to get more and more unnerving, reality-jarring moments, as well as more callbacks to the previous season. Once more, though, the show is not especially interested in giving concrete answers to what is happening, instead just bouncing around concepts like purgatory and the afterlife without truly committing to any of them. As with the first season, what matters is where the characters find themselves at the end, and the choices they end up making.

Ultimately, Russian Doll remains a truly one-of-a-kind show. There is a genuine vision throughout it, with a kind of storytelling that feels very distinct to most other stuff, even on platforms like Netflix. This is something written by people who know what they want to say, and moreover is done with incredible style. The direction in some of these is incredible – the LSD scene in episode 4 is especially noteworthy for the way in which the editing and music bring everything together – while the soundtrack is an incredible and emotive mix from across alternative genres of music.

The second season does at times feel like there are lessened stakes to what is going on than in the first, purely as a result of the different directions in which the plot goes, but it remains one of the best shows to have come out so far this year. While this season’s ending feels just as conclusive as the first in wrapping everything up, it also feels like any potential third season in the works could now truly go anywhere.

READ MORE: 15 Best Fantasy Movies On Netflix You Should Watch 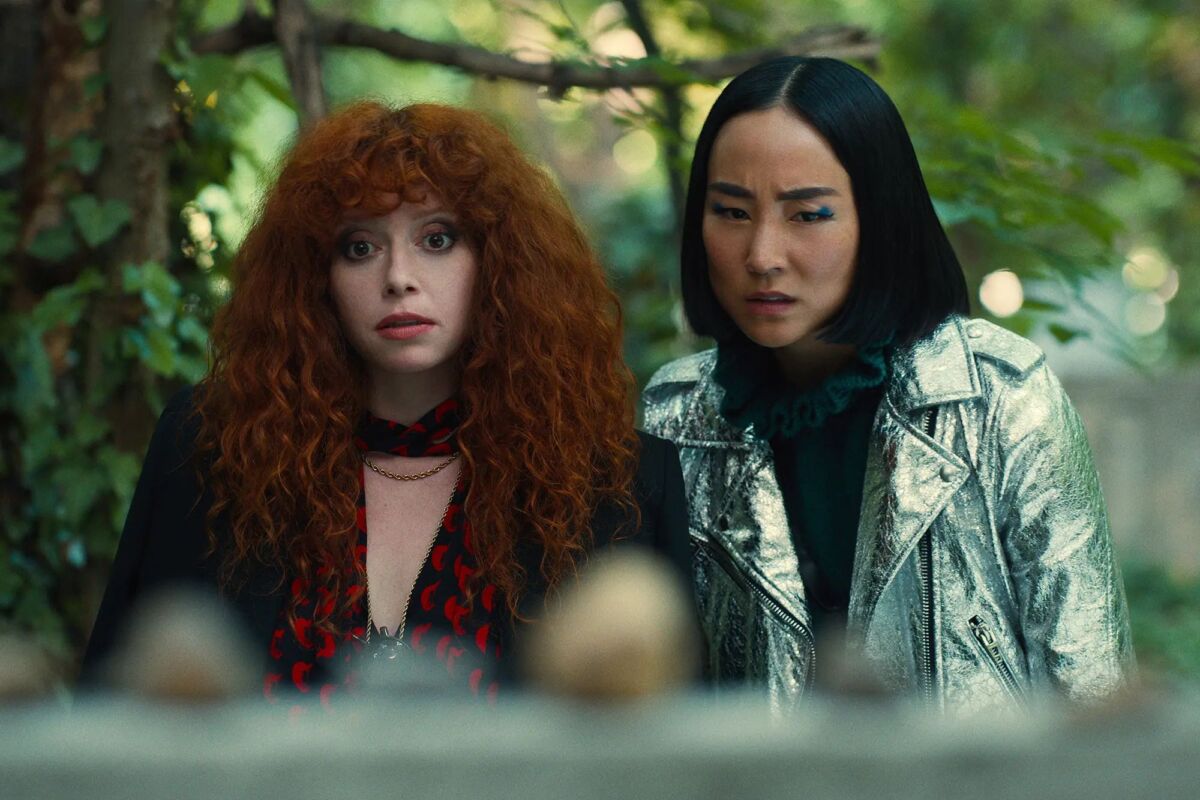 Verdict
Intelligently written and stylishly crafted, Russian Doll remains as entertaining and as mind-bending in its first season, with a voice that feels wholly its own.
8
Cultured Vultures is a pop culture website established in 2013 covering all things gaming, movies, and more. We eat your words.
All The News On The Biggest Games