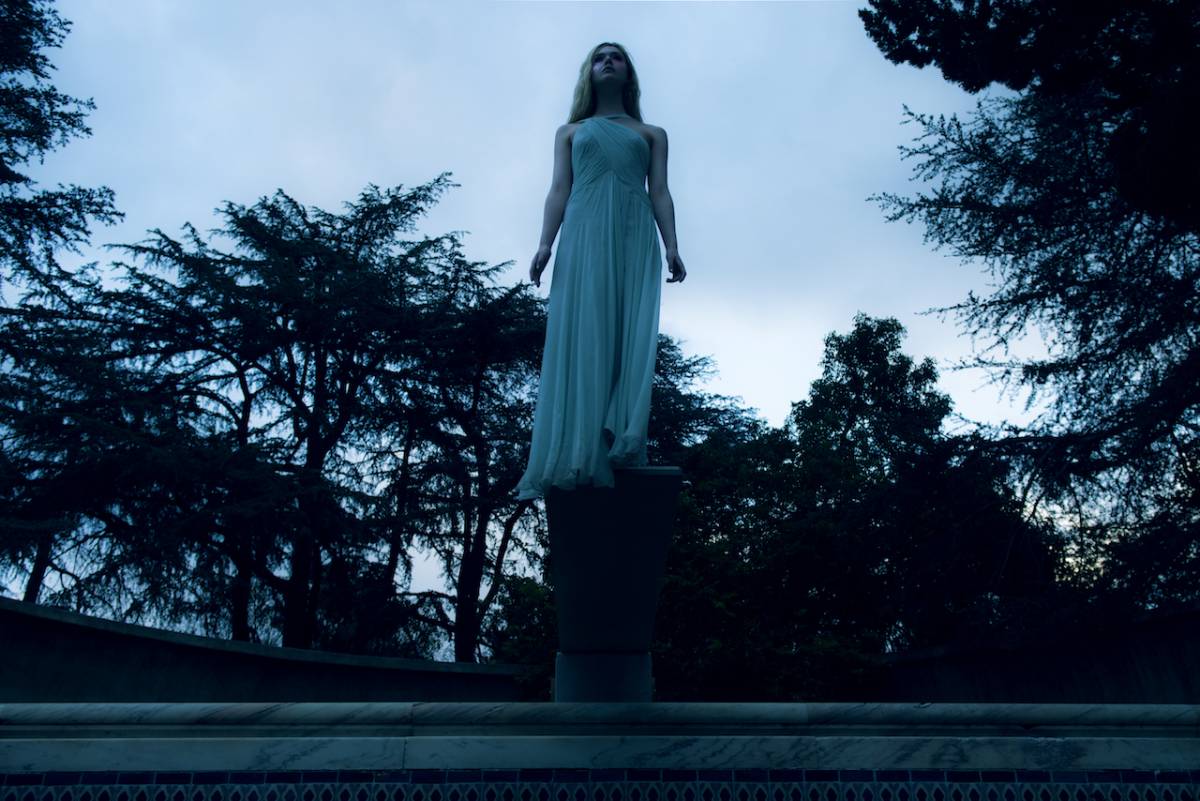 The Neon Demon, a tale of beauty and horror set against the backdrop of LA’s fashion industry, sums up everything that is great about its director in one fell swoop. For starters, it looks stunning. Nicholas Winding Refn has a way with a camera that even his contemporaries (PT Anderson, Wes Anderson, Harmony Korine) would have difficulty keeping up with. The movie positively drips with style, from a hypnotic opening all the way to the eye-poppingly horrific climax. Winding Refn proudly wears his biggest influences on his sleeve for all to see, most notably Dario Argento and Stanley Kubrick. Every shot is exquisitely composed, and every image lovingly framed. Years from now there’ll be a course on it at film school, you could watch it with the sound off and still have a rewarding experience.

Speaking of sound, TND comes complete with yet another bleeding-cool soundtrack which will be staple listening at hipster dinner parties for years to come. The use of aural effects in the movie go brilliantly hand-in-hand with the imagery. Sharp implements are a recurring theme; the clack of stiletto heels, the metallic snap of scissors and knives. This is a film which has utter mastery over its audio and visuals.

Conversely, however, this movie also summarises everything about its director that is not-so-great. Winding Refn is on record as saying he made The Neon Demon a horror movie as he is an entertainer, but there is nothing especially entertaining about it. The film’s subtext, about the dark heart of the beauty business and its destructive effects on young women, is worthy enough. But unlike his 2011 effort Drive, which was propelled forward at all times by a solid plot and characters you could get behind, all we have here is fashion industry professionals who excel at being horrible to one another. Even the film’s babe-in-the-woods protagonist (Elle Fanning, displaying the perfect balance of beauty, vulnerability and burgeoning sexuality) has a flimsy character arc and does her best to get the audience to dislike her by the end of the film.

The Neon Demon is held back from true greatness not only by what it is, but what it isn’t. The movie’s closest stylistic cousin, Jonathan Glazer’s astonishing Under The Skin, deployed unsettling imagery that was like a hail of bullets shot straight into the viewer’s subconscious. It feels as if Winding Refn is trying for a similar effect here but can’t quite seem to manage it. “I bring the high art” he said in a recent interview. He may be in need of a height adjustment.

This is still a movie unlike anything else you will see all year, and with general creative bankruptcy turning our culture to steam, Nicholas Winding Refn stands out as a force for good who is trying his best to do something original. You’ll need a very strong stomach for the last 15 minutes of it, but you’ll walk away having seen something unique. And the Sia song at the end is my single of the year.