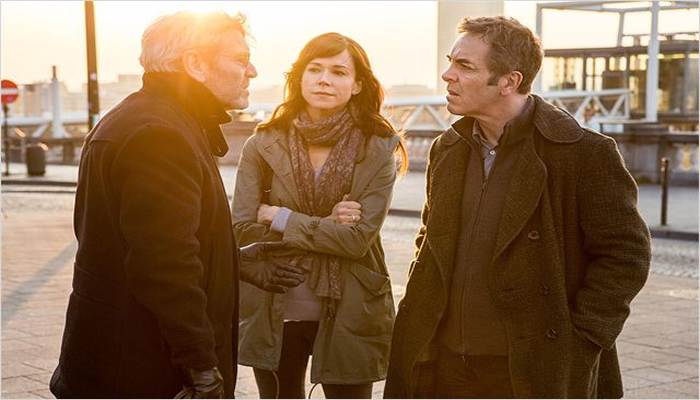 I, personally, had been waiting for the arrival of this series for a long time as I am a big James Nesbitt fan (if you haven’t seen him in BBC’s Jekyll, you need too!). The series’ brilliance was secured, for me, with the first episode. Tony’s (Nesbitt) first scene is powerful, we see he has been broken down by past events, and then he confides that he has in fact found something new that could help the case. The script by brothers, Harry and Jack Williams, is complex and well-thought out. We are transferred back and forth between 2006, the year of Oliver’s disappearance, and the present day. In this narrative mode we are fed tiny pieces of information that help build the case, which constantly teases us. Tony (Nesbitt), throughout the series, only grows as a character, we see other sides to him rather than just a broken man whose future is overshadowed by a guilty past.

It is not only Nesbitt’s acting that makes this series great. Frances O’Connor, who plays mother Emily, portrays a woman who stuck between grieving for a son she lost and her attempts of moving on. Although she and Tony are no longer together, he is still able to pull her in towards him and the case. Emily (O’Connor) displays the complicated emotions of living after such an event.

Julien Baptiste, played by Tcheky Karyo, fulfils the role of a retired detective who cannot give up on a case. The scene which recalls the moment he gets his limp (NO SPOLIERS!) made me recoil and shout at the TV. There are other greats within this series. Ken Stott who plays Ian Garrett and Arsher Ali who plays Malik Suri may be only supporting characters but their own sub-stories are interesting and only fuels our wish to know all!

I thoroughly loved this series, every week looking forward to the next episode (and every one I shouted at the TV!). However, I found the relationship between Emily and Mark a bit lacking. There is no real passion between the two and although there is a clear connection, it is not fully explored in the series. I also feel there is a divide in the opinion about the final episode.

Where I found it a good round up of the series, filled with high emotions, others felt it did not fully tie off all the loose ends of the series. I believe this is due to the final moments of the episode teasing us for the next series. If you haven’t seen it yet, there is a teaser trailer for the next series online on Iplayer. It is a small one minute video but will entice you into watching the next series with a whole new case to get hooked on.

Overall, this is great series that is well-worth the watch, especially if Broadside was your thing!