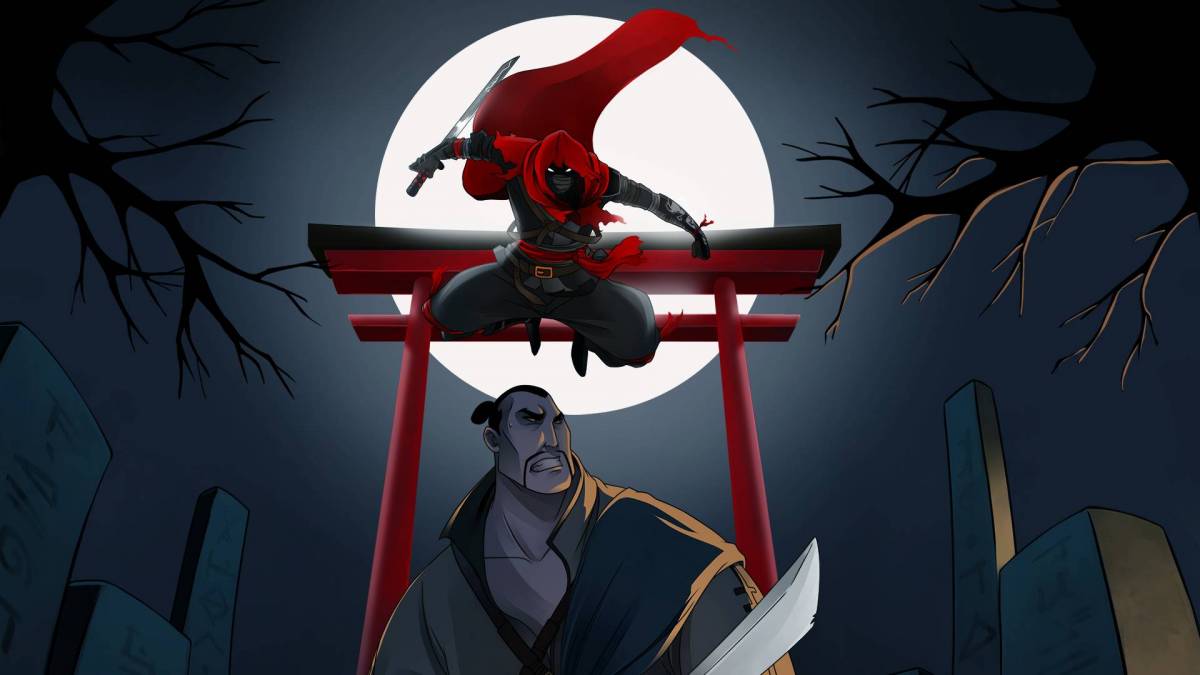 Just like they do for a lot of people, stealth games have a special place in my heart. For all the explosive bluster of most modern combat games, there’s something more to be said about sneaking around and being able to pick off your enemies one-by-one or avoiding them altogether. As mildly psychotic as that might sound, Aragami is a fine example of the excellence that can come from sticking to the shadows and leaving the bazooka at home.

Developed by Lince Works, Aragami is a passion project, which shows in almost every frame. There’s a clear adoration for the stealth genre to be found here, but it’s more than just a series of homages stitched together – this is a much cleverer beast and probably the best example of its kind of the current generation of video games. That’s high praise, but it’s warranted.

Playing as a god of vengeance called Aragami summoned to rescue a kidnapped princess in feudal Japan, the game asks more questions of you than an Italian plumber in a similar situation. Both of your stories are unfurled on a fascinating tapestry as the game progresses with gorgeous hand-drawn animations driving the flashback scenes. Gorgeous sums up Aragami as a whole; it harks back to the glory days of cel-shading with an added “inky” aesthetic, helping the game to get past its low-budget limitations and stand proudly beside its peers. Dialogue between yourself and the kidnapped princess Yamiko, who appears to you through projection, is spoken in a garbled mess of gibberish and hints of Japanese, and it’s an effective throwback to what video game dialogue was like before professional voiceovers were the norm. There’s a retro sense to a lot of Aragami and whether it’s possibly nostalgically manipulative or not, it completely enamours.

Owing a lot to the likes of Tenchu and Shinobido, Aragami doesn’t want you to be running around and chopping everything to bits without finesse or thought. It often requires you to sit back for a few seconds and contemplate your strategy, which sometimes feels like a lost art in gaming. Failure states will be a familiar sight if you think this is a game all about combos and killstreaks as there isn’t conventional combat: you can only dispose of your foes using stealth attacks. Despite being quite powerful as a character, Lince Works do a fantastic job of making Aragami feel just as vulnerable.

The main mechanic of Aragami involves shadows and how you use them to your advantage. Imbued with powers, you are able to transition between shadows with ease and even create shadow paths to avoid detection. Light is to be avoided at all costs as it will quickly drain you of your shadow abilities and leave you dangerously exposed. It isn’t too dissimilar to Dishonored and just like Arkane’s immensely satisfying action-adventurer, there’s plenty of variety to be found where skill progression is concerned. With enough scrolls, often hidden in devilishly secluded areas or out in the open, Aragami can unlock new abilities.

In the game’s early stages, stealth is the focus -avoiding enemies altogether is the path to success- as patrols will detect corpses and put themselves on high alert. When you discover the ability to turn bodies into shadows, however, Aragami opens up in many different ways. You can either meticulously stalk all opposition within an area and pick them off or selectively rid yourself of problematic ones instead: it’s all about how you want to play. Depending on what other abilities you have, the game transforms into different experiences, which makes all of its eight hours feel fresh and inviting.

In the initial version of the game given to us for review by the publisher, Aragami was in trouble. Framerates were alarmingly bad and seemed to be working against it, dipping to the point where it was difficult to feel like you weren’t being pulled out of the game. Luckily, after a couple of patches to smooth things over, it runs far better, if not perfectly. There’s still the odd dip on PS4, but that’s pretty much to be expected on any console game these days and it doesn’t detract from the fluidity of traversing shadows or embarrassing whole squads of foes with ease.

Once you have a feel for Aragami, it errs on the easy side, which is mainly down to the less than perfect AI. It’s easy to exploit their limitations as the opposition can sometimes have an opaque view of the world: unless you’re directly facing them or in their nearby vicinity, you can slip by without issues. This is inconsistent, however, so sometimes you can get away with it, other times you cannot. No stealth game has ever had perfect AI and Aragami is no different, but that obviously shouldn’t excuse its sloppiness at times.

There are other small nitpicks to be found with the game, such as the inability to get up ledges without habitually falling to your death and the occasionally frustrating camera angle, but these don’t hamper the game too much to bring it down a few pegs. For those who pine for the days when stealth games were just that, Aragami is the perfect example of what can be achieved with enough heart and desire. Don’t let this game fade away into the shadows.