Remnant: From the Ashes (PC) REVIEW – Time To Die (With Friends)

From the Ashes is a brilliant game that takes what is good about Soulsborne and combines it with a satisfying co-op shooter. 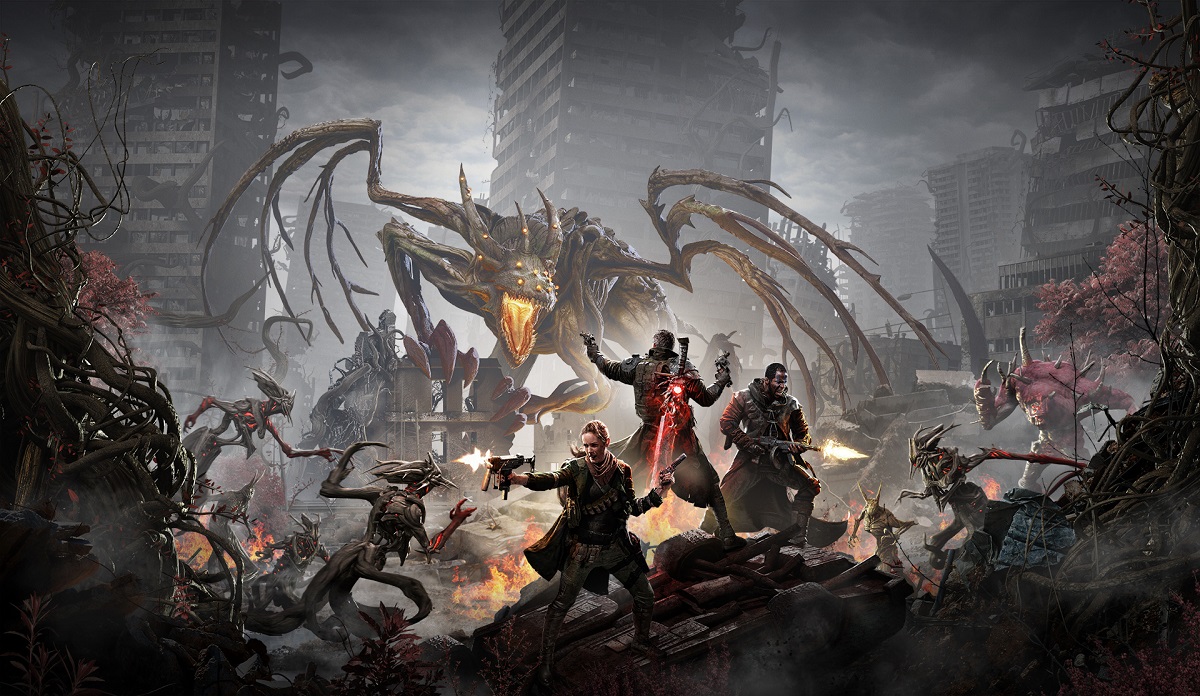 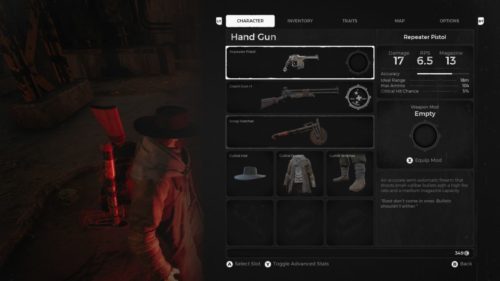 The Root keeps raining down from the broken subway ceiling, shotgun blast after shotgun blast reverberating through the tunnels. They die in droves but still keep coming. One of the fungi-looking bastards sneaks up from behind and self-detonates in my face. Root Rot infects my body just as a fresh mob comes around the corner. I level my shotgun again but instead of the reassuring boom, there is only a mocking click. I dry fire a couple of times before realizing I am out of ammo. Time to die.

That is an all too familiar encounter in the early hours of Gunfire Games’ Remnant: From the Ashes, a game that slipped by largely unnoticed throughout the year, yet now has readily become one of my favorite games to date. Reduced to a one sentence description, Remnant is a Soulsborne with an emphasis on co-op and ranged combat. 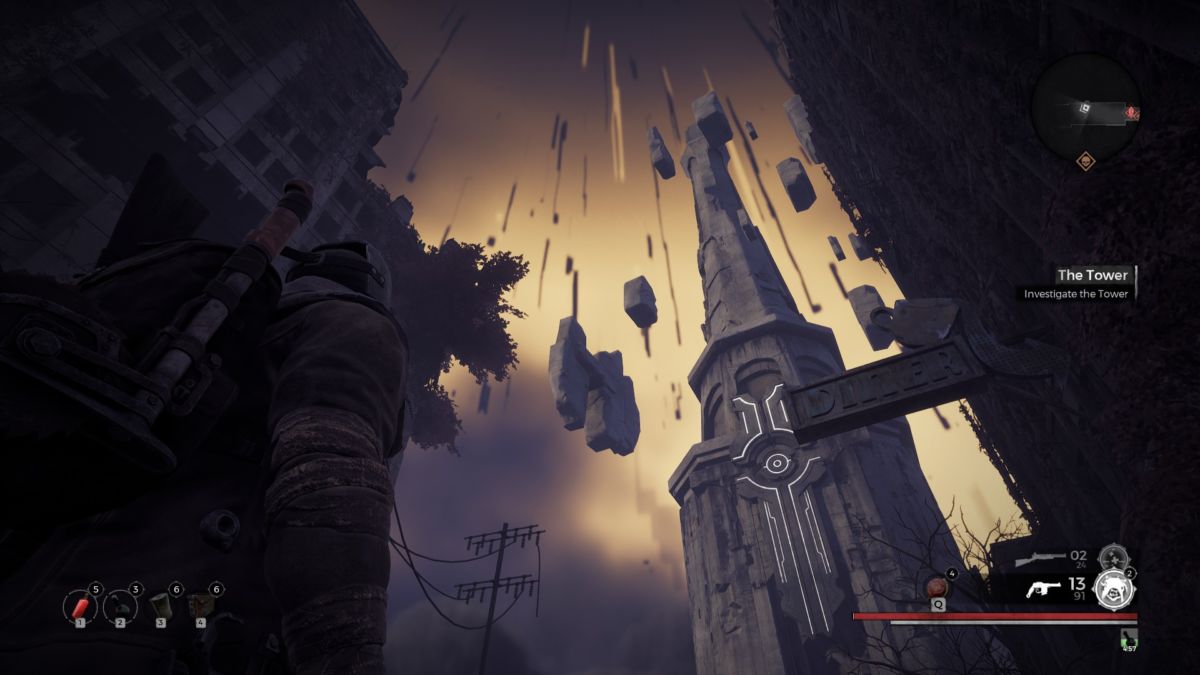 Indeed, anyone who has played the games that From Software put out will feel at home with many of the mechanics that Remnant will throw at you. Crystals are your Bonfire equivalent and Dragon Hearts are used as Estus flasks. The seemingly insurmountable odds which you face are likewise reminiscent of those games. But to reduce it to a simple clone or a derivative work would be to criminally undersell just how good Remnant is on its own terms.

For one, the gunplay and combat feel incredibly satisfying to engage with. All the weapons I tried had a satisfying oomph to them and they are generally great to play around with. This is especially impressive considering ranged weapons have never really worked well in Soulsborne or Soulslike games. They are mostly relegated to cheesing dragons or other terrifying beasties with. Here, they are put front and center and become the de facto way to engage in combat. Sure, there are melee weapons, and they have their uses, but the main way to deal death in Remnant is by flinging hot lead at anything that dares to come your way. 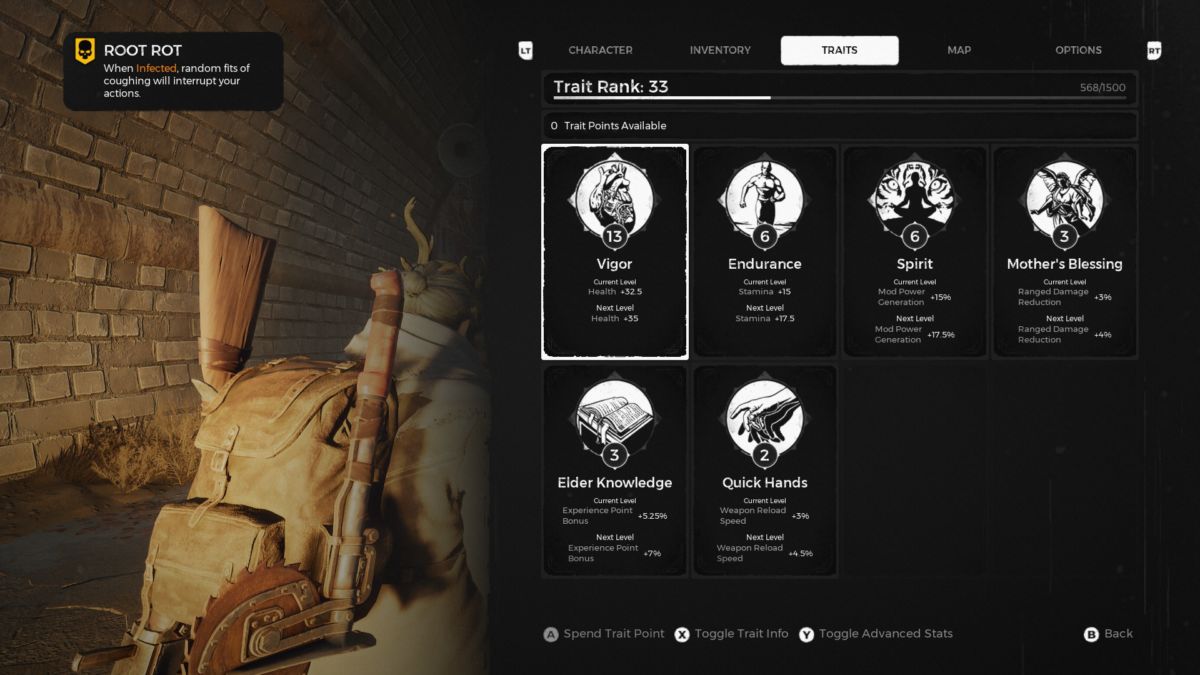 Remnant has balanced the powerful boomsticks you wield by limiting your ammo. Encounters and whole dungeons become like small combat puzzles to solve. Do I use the Long Gun to clear out the first group of enemies or do I save it for the nastier things up ahead? It is great fun and the game gives you just enough ammo so that you feel like you need to keep an eye on it, but not stopping you from blasting away when necessary. It is not a survival horror game.

Additionally, they manage to avoid forcing you to farm ammo by replenishing it at each checkpoint or when you inevitably die. For someone who spent too many hours collecting consumables in FromSoftware games, this is a welcomed change. 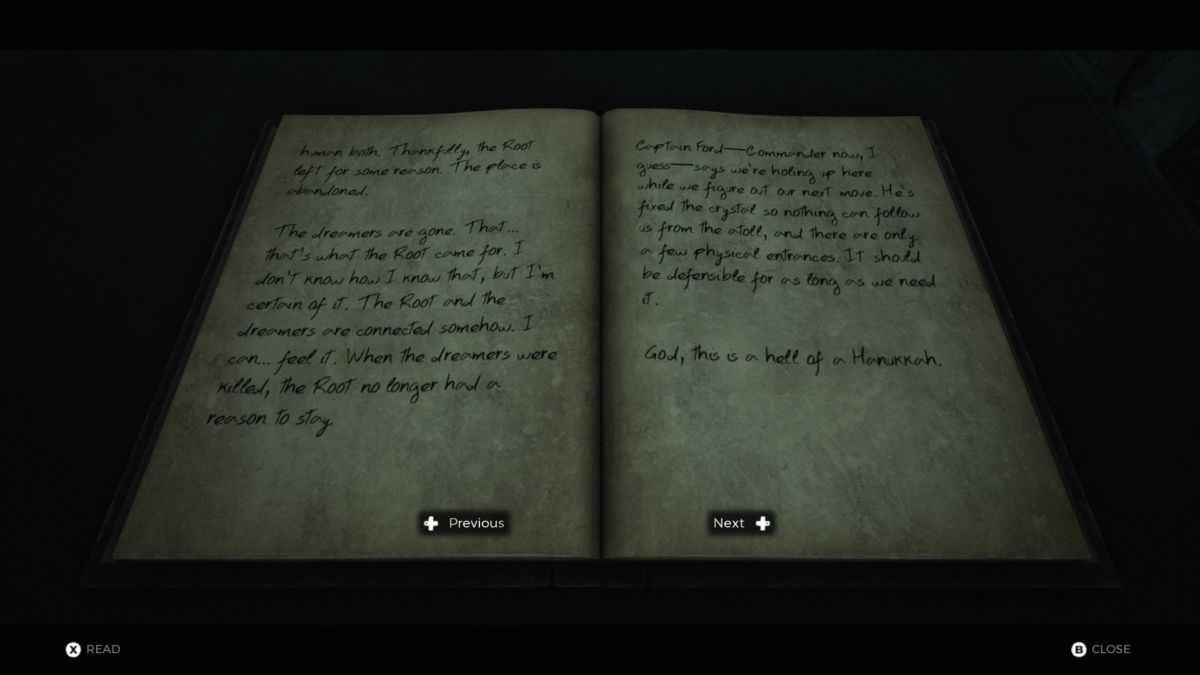 Unlike other Soulsborne games, Remnant: From the Ashes can be a fully fledged co-op multiplayer game. You can summon other players in FromSoftware games, but it’s more of an aid against bosses, rather than something that is supposed to be leaned on throughout the entire game. Remnant, on the other hand, is fully playable and perhaps best experienced together with a friend. Remnant is still a fun experience alone, but a lot of the abilities and traits makes more sense while playing in co-op. Things like AOE heals and abilities to draw aggro from enemies become a whole lot more useful when you aren’t alone.

Gunfire Games also implemented something rather interesting with the campaign in Remnant. Each player has a campaign generated for them when they create a character. This means that every player will have a slightly different experience going through the main story. Some areas, bosses and even NPC encounters are different depending on the campaign generated for you. This makes for a lot of replayability and Gunfire have said that each playthrough will only let you see about 40% of the game. To get the rest, you would either have to join another player’s world or play through the story again. While this might sound tedious to some, they manage to fill the world with enough mystery and intrigue that you will want to keep digging to uncover the truth about the world and what has really happened to it. 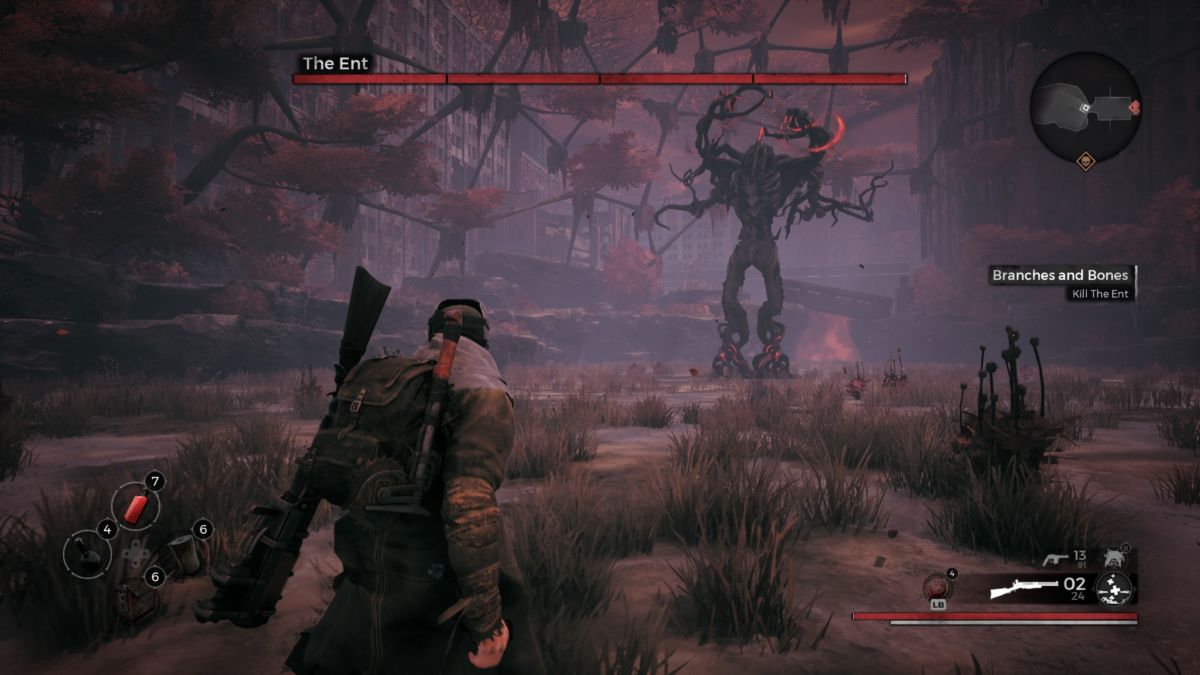 Remnant takes place in a post-apocalyptic world that has been invaded by a demonic entity called The Root. These tree or plant like creatures killed most of humanity and are slowly starting to infect the very land itself. At first glance, they might look a bit grey and generic, but as the story progresses you uncover more about what they are and how they managed to invade Earth. It is all rather masterfully done and again something they probably picked up from the Soulsborne games. I don’t want to say too much about the story as part of the fun is uncovering it by yourself, but I encourage anyone to keep an eye out for journals and exhaust dialogue trees with any character you encounter. Be careful with what you say, though, as I have had at least one encounter end very poorly because of what I said.

Another area in which Remnant surprises is in the way it handles progression. You start out the game with only three traits to improve, which increase your health, endurance and the efficiency of your special abilities. Very straightforward, simplistic even. However, as you progress, you learn that traits are things you discover throughout your journey. Talk to a specific NPC and that might give you the ability to improve resistances, beat a boss and you might get a reload speed trait. I even earned one for listening to a tape at one point. In other words, it behooves you to explore the world; a brilliant way of interweaving character progression with world building. 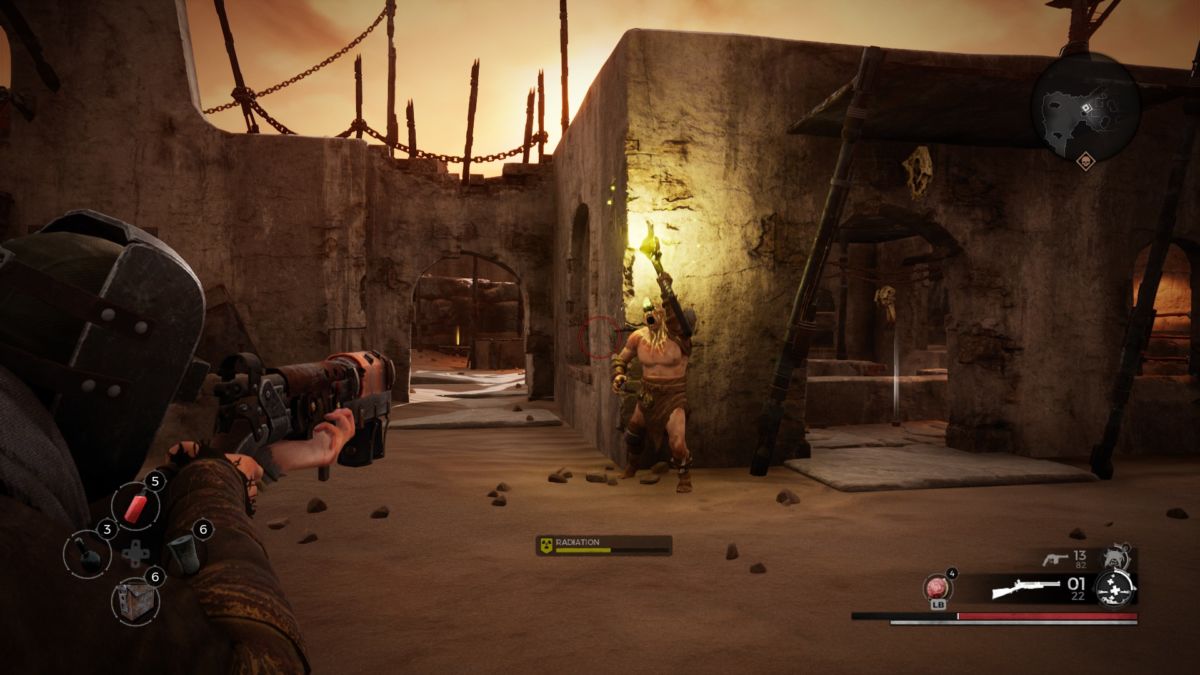 The only thing I have a real gripe with in the game is that the opening hours can feel a bit bland aesthetically. The world and the enemies are mostly just shades of brown and rust and the tree looking enemies are also not that interesting to look at. Give it a few hours, though, and the game opens up significantly as you gain access to more areas and knowledge of the world.

Remnant: From the Ashes is this year’s definitive sleeper hit. I went into the game with zero expectations and was very impressed with what I found. Not only have Gunfire Games managed to solve Soulslike gameplay with ranged weapons, they also created a world and a narrative that had me genuinely intrigued.

Verdict
From the Ashes is a brilliant game that takes what is good about Soulsborne and combines it with a satisfying co-op shooter.
8