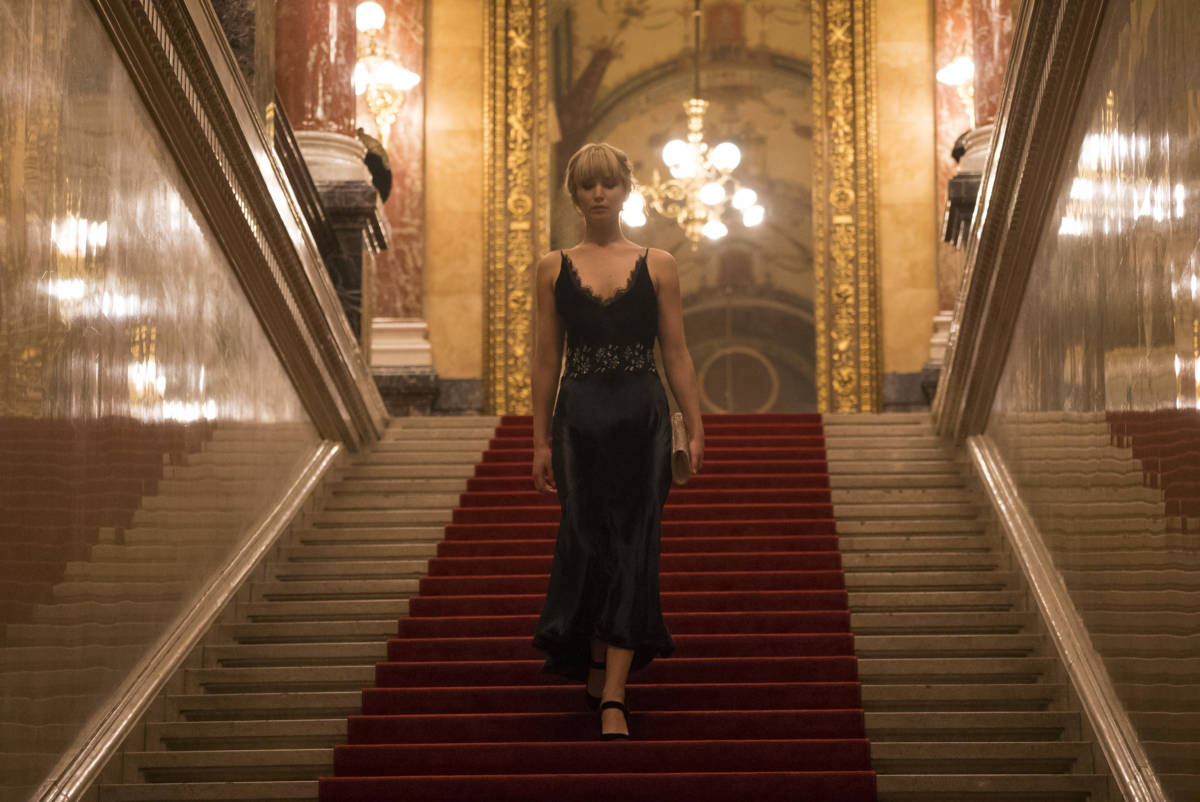 Jennifer Lawrence once again teams up with the director of the Hunger Games sequels, Francis Lawrence, for the spy thriller Red Sparrow, a film about the prima ballerina of the Bolshoi ballet who, after witnessing something that should not be witnessed, was given a choice: to die, or to become a Sparrow, a Russian spy who uses one’s body as a means of seduction and a weapon.

It’s important to know what film you’re getting with Red Sparrow. These days when you hear “spy thriller”, it’s common to then think about the Mission: Impossibles or the James Bonds: action-heavy films with impressive stunts. Red Sparrow has maybe one scene that you could qualify as an “action scene”, two at a stretch. This is far from a straight action film, so if that’s what you’re expecting, you might walk away disappointed. This is a movie that is carried purely by the intrigue of the story, and in this, the film excels.

Following on from her career best performance in Darren Aronofsky’s mother!, Lawrence once again proves herself as a completely fearless actress, absolutely committing to becoming ballerina-turned-spy Dominika Egorova. Her performance adds another layer of intrigue to the movie, as well as providing some moments that quietly hint at her true intentions, despite the film’s best efforts to keep it hidden.

And that is the core of what this movie is, a clash of agendas between some powerful people, with Egorova directly in the centre of it. The movie is consistently unpredictable, as these people’s agendas, Egorova’s own especially, is kept as a mystery, always keeping you guessing.

In any movie of this nature, there are usually some moments that need to happen in service of the story building to its end. In some of those films, these moments are kept brief, running the risk of tipping you off to the film’s twists and turns ahead of time. Red Sparrow, however, expands on these moments and integrates them into the story very well. While this does lead to a runtime of t2 hours and 19 minutes, these moments now cease to be obvious clues sticking out of the story, retaining the film’s suspense. It’s a long movie, but when you’re on the edge of your seat time does fly (eh? Sparrow, fly? Moving on).

Woven through this intricate story is an exploration of Egorova’s own personal struggle. This is a character that has been through some dark moments, one with a substantial weight on her, which she adapts to, learns from, and is driven by through the story.

The film holds no punches when it calls for some of the more sensitive material, and the film attempts to warn you of this very early on. While the extent of the violence, or especially some sexually charged scenes, as of course the Sparrows do use sex as part of their arsenal, can be rather off-putting for some viewers (for the love of God, don’t take your young kids to this), it’s nothing if not ineffective, and it makes for some higher stakes.

Set to James Newton Howard’s incredible score, Red Sparrow is a riveting, Cold War era-esque spy thriller with endless suspense and a commanding lead performance. It’s a rather unique film, one that foregoes much of the flashy Hollywood spectacle, but one that also goes all in where most mainstream films tend to shy away. As long as you don’t spend your time waiting for that next big fight scene or that jaw-dropping stunt sequence and allow the story to completely engross you, you’ll most likely find yourself enthralled from start to finish.