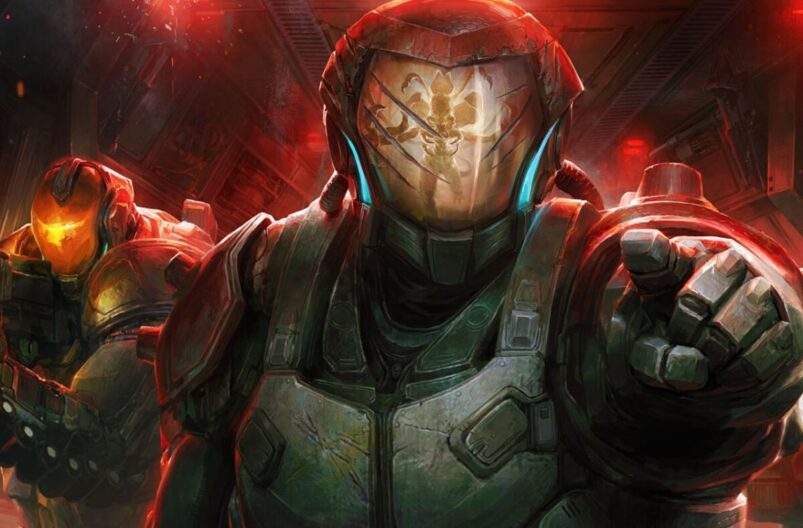 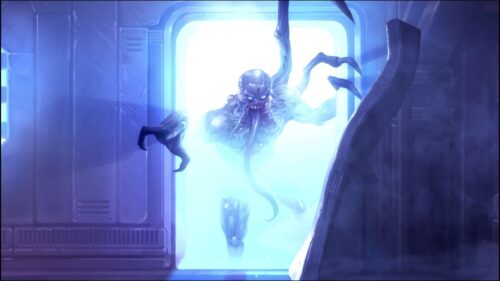 The action tactics sub-genre of strategy gaming has a well of untapped potential. It can bring an atmosphere of tension from a constantly shifting and evolving real-time environment, while also emphasizing teamwork to tackle the unknown. With Red Solstice 2: Survivors, does Ironward’s refined sequel to their flagship series succeed in energizing the action tactics sub-genre?

Red Solstice 2 is a real-time action tactics game (emphasis on the tactics) that takes inspiration from Firaxis’ XCOM, and Valve’s Alien Swarm and Left 4 Dead. Players will command an elite special operations unit called Cell (a la XCOM) and fight back against the virulent STROL virus on Mars, giving humanity a chance to survive after the fall of Earth.

While the premise is certainly intriguing and the voice acting is top-notch, the characters aren’t too memorable and the narrative isn’t very compelling due to its poor presentation and lack of cohesion.

Graphically, the game is a marked improvement over the original, with smoother and more detailed textures, as well as decent quality audio design, especially for the weapons. There are sections of the game, though, where the ambience is either too quiet or nonexistent, making it feel dead and empty, but luckily this is an uncommon occurrence.

Unlike most strategy games where single-player and multiplayer are two separate modes, the Ironward team took the bold decision of intertwining them. This merging is best seen in the drop-in co-op system in the campaign, where players can invite friends or open missions to the public for other players to replace AI followers with their own avatars. However, there’s still the option to play single-player and multiplayer separately and avoid their interconnected nature.

In single-player, players will gather resources, research technologies, improve the mobile landship headquarters, manufacture items, scout regions, build outposts and installations, all the while completing tactical story and side missions. This system is almost an exact copy of XCOM’s single-player offering and as such isn’t exactly innovative, but it’s a system that works as there’s always something to do.

Unfortunately, there are several annoyances that undermine the enjoyment of the strategic layer. For a game that has several things going on at once on the strategic level, it’s egregious not to have a clear time control system to give players the option to pause, examine the situation, and then act. It does seem that the game pauses automatically when players switch away from the world map, but this isn’t enough to offset the lack of a simple play/pause button.

The second annoyance on the strategic layer is that to check mission information after it’s popped up, players need to waste precious in-game time to fly to the location to get details. This is incredibly frustrating as many side missions are time sensitive and flying around the map trying to find the right mission to do is a nonsensical and needless waste of time. It’s doubly odd considering that when a mission first appears the game auto-pauses and the players are given a mission menu to examine, regardless of their position on the world map.

The core of the game consists of tactical missions where players deploy their avatar and allied marines (AI or human) and complete objectives, of which there’s a decent variety of primary and randomly spawning secondary objectives. Players can also loot the battlefield for additional equipment and ammo found in crates and lockers scattered across each map. There’s lots of potential for teamwork and coordination, as well as room for on-the-spot creative thinking to overcome progressively more intense challenges.

The enemy variety is another highlight of the missions as there’s an absurdly massive roster of mutants, ranging from standard slow-moving zombies to stealthy and swift assassin mutants all the way to giant burrowing worms. In fact, the bestiary is so stacked with enemy types it borders on the pointlessly granular and can feel like padding at times. Generally though, the enemy variety benefits the moment-to-moment gameplay as players will have to constantly adapt to any given tactical situation as new enemies start popping up.

The multiplayer mode can be split into two parts: drop-in co-op and individual missions. The drop-in co-op component allows friends or randoms to join and take part in missions found in the single-player, however, only the campaign’s host player will advance through the story, while everyone else benefits from XP gain. Alternatively, players can set up their own standalone missions without connecting to the campaign. Overall, it’s a flexible and easy system with the added benefit that players can join live servers that are midway through a mission.

Single-player and multiplayer are also intertwined with a semi-shared progression system, where some upgrades selected in single-player carry over into multiplayer and vice versa. Experience points and rank gain are fully shared between the two, but large swathes of class-specific and weapon unlocks stay separate. This means there’s always a benefit to playing one mode or the other without having to backtrack in progression.

Speaking of unlocks and ranks, there are a ton available, such as new classes, weapons, and buffs, though there are barely any cosmetics. While not an overly-complex or super-detailed progression system, there are enough items to unlock to fit a variety of playstyles and augment existing builds.

Another neat element to the progression system is that to attain new ranks, aside from simply completing more and more missions to earn experience points, players will need to complete mission specific challenges, which encourages players to try new approaches and team synergies to everyone’s benefit.

Sadly, while the concept of single-player and multiplayer integration sounds great on paper, these two modes and their design principles are very much at odds and make Red Solstice 2 a highly inconsistent experience. The game is clearly designed to be a multiplayer experience, which leaves the single-player lacking and poorly balanced, putting the relevancy of the single-player component in question. Where the single-player suffers most is in map design and AI companions, which cascade into smaller, but no less prevalent, design issues.

The side mission maps are gigantic (they also happen to be used for non-campaign multiplayer missions), clearly intended to act as a playground for long multi-stage affairs in multiplayer. But in single-player these maps are poorly utilized with long sections of just walking around to the objectives punctuated with very short firefights.

It’s not like objectives spawn in such a way that players can drop in, quickly complete the mission, and get out. Instead players will likely have to trek vast distances between objectives, without much challenge. This makes these side missions, a prominent part of the campaign, a grueling repetitive slog to play through. The multiplayer functionality does make the experience better, because playing with even a single friend generally makes any activity more fun, but in Red Solstice 2 it can be a hit or miss, especially if playing with randoms. It also doesn’t help that the chat system is barebones and there are no voice chat options for more convenient team coordination.

Another major issue with Red Solstice 2 is the inconsistent, if not outright poor relaying of information to the player, compounding some of the aforementioned problems. It’s ironic considering that soldier loadouts and the in-game archive give a lot of information and stat breakdowns (a perfect example of so much spoken without anything relevant being said).

Some examples of this are the complete lack of a tutorial on the sparse AI follower command system, dearth of information on dynamic in-mission secondary objectives, and little explanation given to the progression system. The lack of a tutorial on squad commands only adds to the sense that the game is intended to be played in multiplayer, further reducing any reason to play solo.

During missions, aside from completing the main objective (which can have multiple stages), secondary objectives will occasionally pop-up to up the challenge. However, the game doesn’t indicate the consequences of completing said side objectives, making them meaningless, especially for the single-player campaign.

A nice surprise is that for such a relatively small game, the options menu is pleasantly extensive, even if it doesn’t explain the difference between presets all that well. AI squadmate pathfinding works well enough, but they’ll get caught on outcroppings or take weird paths, though in the grand scheme of things it doesn’t harm the gameplay much.

The game ran smoothly and anyone that can meet the recommended specs or even lower should be able to run the game without much of a hitch. I didn’t encounter any crashes and the only bug I encountered was during a story mission where I needed to defend a location and the enemy hordes that spawned shut down and sat around doing nothing and not reacting to damage.

Ultimately, Red Solstice 2: Survivors has a lot of neat concepts, plenty of content for progression, and fun multiplayer dynamics, making for a commendable attempt at the action tactics sub-genre. However, the game isn’t just unpolished: it has fundamental conflicts in how it intertwines single-player and multiplayer. I get a similar feeling with Red Solstice 2 as I did with Radio Commander where the concept and practical game design felt at odds. These design conflicts lead to Red Solstice 2 feeling like an incredibly inconsistent game, and can only be recommended to players who intend to play with friends.

READ NEXT: The Best 4X Strategy Games of All Time 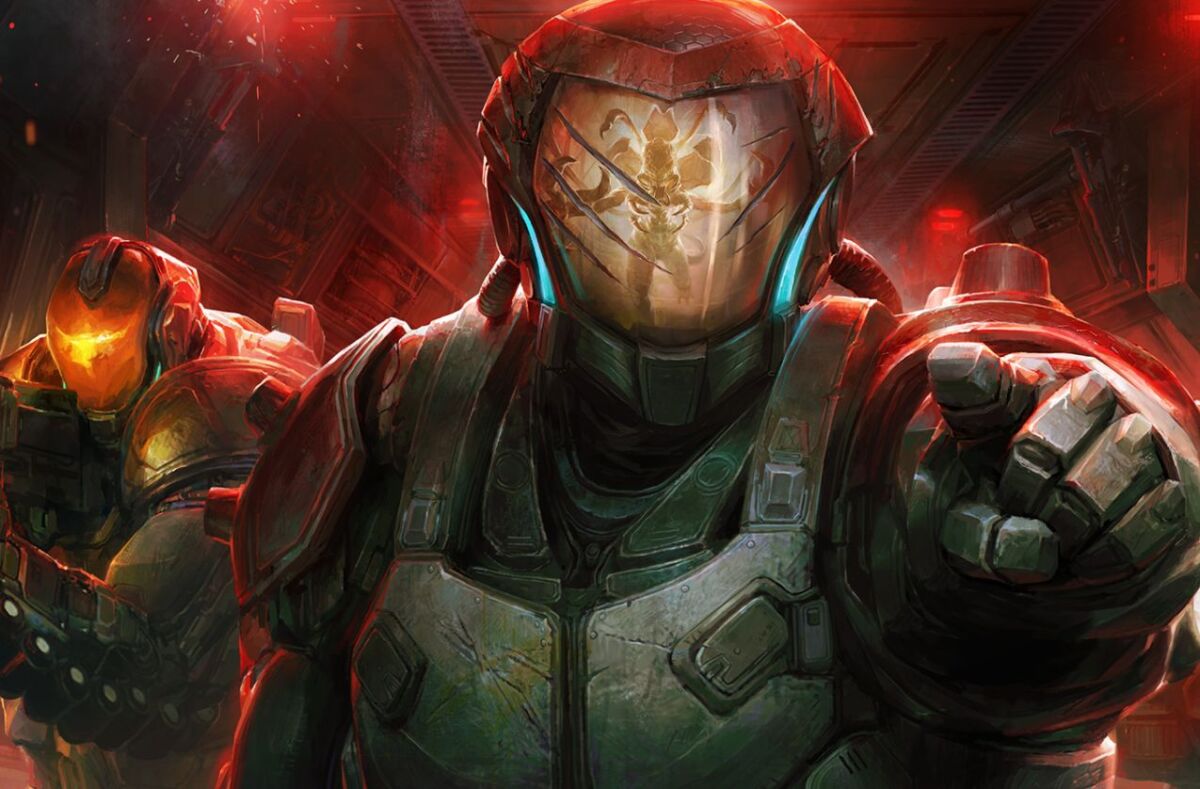 Verdict
While the multiplayer is where Red Solstice 2: Survivors shines, fundamental design clashes, lack of single-player focus, and poor information presentation make the game a highly inconsistent experience.
6
Cultured Vultures is a pop culture website established in 2013 covering all things gaming, movies, and more. We eat your words.
All The News On The Biggest Games