Ratchet & Clank: Rift Apart: How To Get Ricochet 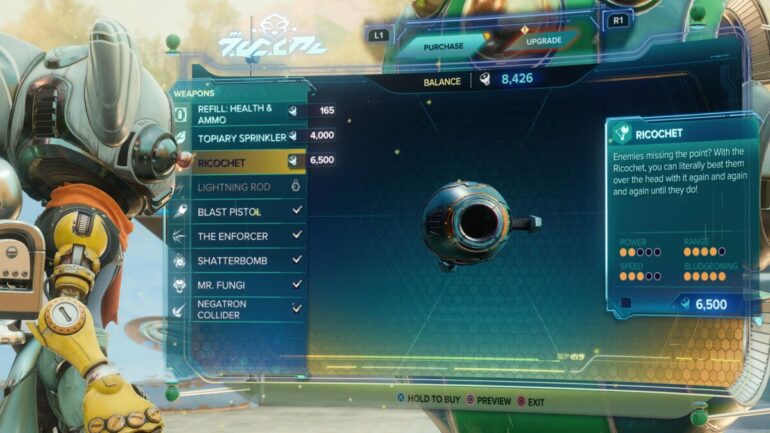 “Enemies missing the point? With the Ricochet, you can literally beat them over the head with it again and again until they do!”

Ricochet is a weapon in Ratchet & Clank: Rift Apart that’s available to buy from Ms Zukron on Sargasso after the boss fight for 6,500 Bolts.

Ricochet is an unusual weapon in that it will hone in on an enemy and then attack them over and over while you press R2. It’s pretty good for dealing with bigger enemies and also crowd dispersal.

You need the Richochet for the No Need for Multiball trophy, which asks you to kill two enemies with a single Ricochet round.

READ NEXT: How To Get Mr Fungi