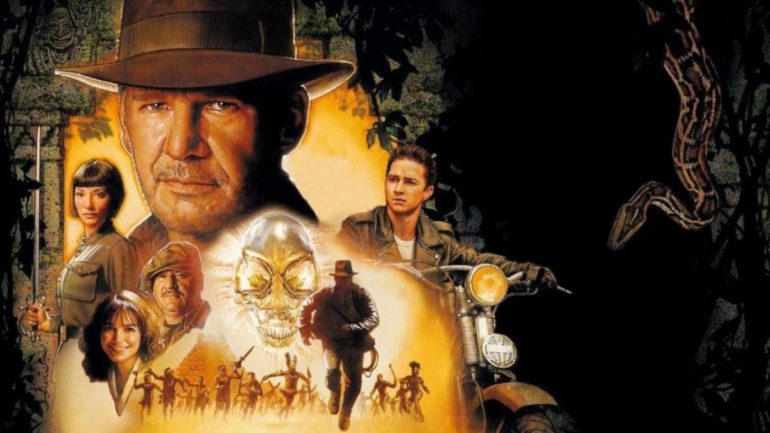 Whether we like it or not, we’re probably going to get one more Indiana Jones adventure. Harrison Ford will be damn near 80 by the time it comes out (assuming it does), but so what? To me, the least concerning element to all of this is the age and general condition of Ford. Despite being born before the end of the Second World War, Harrison Ford remains in better shape than just about all of us. Death has come repeatedly for Mr. Ford, failing to even break the man’s stride.

Harrison Ford playing Jones at this age is fine. Steven Spielberg leaving the project as a director is fine. That is particularly true if James Mangold, one of the most consistently excellent filmmakers working today, winds up taking over. What we didn’t want was Spielberg directing simply because he felt like he had to. Occasionally during Kingdom of the Crystal Skull, you could almost get a sense of that.

If anyone can give Doctor Jones a proper sendoff, at least as far as Ford is concerned, it’s James Mangold.

We will just have to wait and see. As cynical as I can get, I’ve always had an affection for all four movies in this franchise, which began in 1981 with Raiders of the Lost Ark. I’m going to rank them this month for Make the Case with the hope that Ford will go out with some semblance of style.

Kingdom of the Crystal Skull wasn’t that bad (more on that later), but I think the next one can do better.

No, I don’t think that includes bringing back Mutt.

The next installment will hopefully strip things down to the essentials. As I rank the franchise in descending order, I’ll try to highlight what I think those essentials are.

Raiders of the Lost Ark isn’t just the best of the Indiana Jones franchise. It is also one of the best movies of the 1980s. It seems a touch odd in hindsight that George Lucas and Steven Spielberg struggled to find a studio to release a bombastic tribute to the adventure films and serials of their youth. It also seems strange in hindsight to imagine Tom Selleck, who at least auditioned for the role.

He probably would have honestly done quite well in the role. However, at the end of the day, it becomes retroactively unfathomable to imagine anyone other than Harrison Ford in the role. From the literal second Ford appears on the screen as one of his most iconic characters, I am completely captured in what comes next.

The movie is truly Spielberg and Lucas at their very best on the blockbuster entertainment side of things. Ford is the center of this classic, but Raiders also features an incredible supporting cast (including Paul Freeman, Ronald Lacey, and John Rhys-Davies), one of the most crowd-pleasing scores in movie history, and the incredible, scene-stealing Karen Allen as Doctor Jones’ one true love.

If Marion isn’t back for number five, I’m going to be a little cranky. Indiana Jones is great as a character. He’s better with Marion.

No one but Harrison Ford will ever be Indiana Jones to me personally. The late, supernaturally talented River Phoenix, who died entirely too young, comes awfully close to reminding me how silly opinions like these really are.

Phoenix playing a young Jones in an extended flashback is one of the many reasons why I like Indiana Jones and The Last Crusade nearly as much as Raiders. It also helps that this third entry in the franchise returned Indiana to fighting Nazi douchebags, which is perhaps when we as an audience seem to like him best.

Of course, beyond lovely touches like the movie’s beginning, the wonderful Denholm Elliot as Jones’ colleague/sidekick, and the absolutely thrilling finale, The Last Crusade also features Sean Connery as Indy’s father.

I wouldn’t call this Connery’s best work as an actor. I will go so far as to say that Connery as Henry Jones Sr. is my favorite of any character he has ever played.

As far as some people are concerned, saying anything even remotely kind about the controversial fourth entry, released in 2008, is to embrace the firm buttocks of Satan himself. Honestly, while I don’t think the movie is perfect by even the most generous stretch of my imagination, I seemingly found more entertainment value than some did.

Let’s get into what I like about Indiana Jones and the Kingdom of the Crystal Skull. It’s nice to see Ford pick up the whip and fedora once again, after an absence of nearly twenty years. Ford has always played old souls, even as a young man. It is fascinating, and generally entertaining, to see his physical age catch up with his spiritual age. At the same time, and Kingdom of the Crystal Skull shows this in fairly clear terms, Ford was, and remains, in good enough physical shape to remain a viable action hero. Most of the film itself is enjoyable, even the infamous “Nuke the Fridge” scene, which I found to be too silly to hate.

Of course, Karen Allen returning as Marion Ravenwood is another highlight. The scenes with Indy and Marion are among the best, particularly when she’s part of the well-executed, well-paced action scenes.

What doesn’t work for me? Shia LaBeouf, a good actor, is insufferable as a greaser sidekick/son to Indiana Jones. There are several moments where it genuinely feels like LeBeouf doesn’t want to be there. I don’t blame him. His performance is annoying, dragging the movie down whenever he is close to being the focal point. While I didn’t have an issue with the fridge scene, I did, and still do, loathe the infamous scene in which LeBeouf as Mutt Williams meets a gang of greaser monkeys.

You also have performances and plot points from new characters Mac and Irina Spalko, played by Ray Winstone and Cate Blanchett respectively. I don’t dislike those characters, or their contributions to the plot, quite as much as some people do. However, at least with those two, I can see a lot of the complaints that audiences have brought up.

Kingdom of the Crystal Skull is a mixed bag, but I still don’t think it warranted an entire South Park episode. Indy’s fine, guys. He’s survived tougher scrapes than a mediocre movie. I guess saying so makes me Butters.

There is a problem with putting Indiana Jones and The Temple of Doom at the bottom of any ranking of the Indiana Jones franchise. The implication at this point is that it’s a bad movie. It’s not a bad movie. Not really. It just happens to be my least favorite entry in the series.

It was also the first one I actually saw. While I liked the movie then, which details Indiana Jones saving some children in a village in India from a cult, it hasn’t aged particularly well for me. The comparatively darker tone of this prequel to Raiders is fine, although you could make the argument that the movie leans too hard in that direction at times. If nothing else, it is nice to see that the character of Doctor Jones can be stretched to suit different types of movies. We’ll never see that again, but it’s interesting to see that fact in action here.

What ultimately hurts the movie the most is the lack of interesting villains. Amrish Puri was a great Indian actor, and he contributes heavily to the film’s unique atmosphere. He also just doesn’t get very much to do as a Thuggee priest who performs human sacrifices. The villain is mostly just a collection of weird, vaguely racist ideas. Indeed, the movie has received criticism over the years for racist depictions, cultural inaccuracies, and even the notion of the White Savior in popular entertainment.

I don’t think these elements keep the film from being entertaining. However, I would be lying if I said they weren’t a little cringey at times. This includes stuff like chilled monkey brains being served as an Indian dish (it’s not), an enthusiastic Asian kid (I do actually like Jonathan Ke Quan as the endearing, far-from-useless Short Round) for the sidekick, and more.

Nonetheless, the movie is still a lot of dark fun. What really drags this whole thing down for me, however, is Kate Capshaw as the relentlessly insufferable lounge singer Willie Scott, who becomes the love interest for Jones. A lot of my issues with the character come down to the writing, which forces Willie to be completely aghast at the long parade of indignities she feels she is made to suffer. Still, there is a screeching, exhausting quality to Capshaw’s characterization that forever makes Temple of Doom the final film for any Indiana Jones marathon I might be up for.

If nothing else, it is almost impossible for me to imagine the fifth film will annoy me as much as this one continues to.