Ranking The Super Monkey Ball Games From Worst To Best 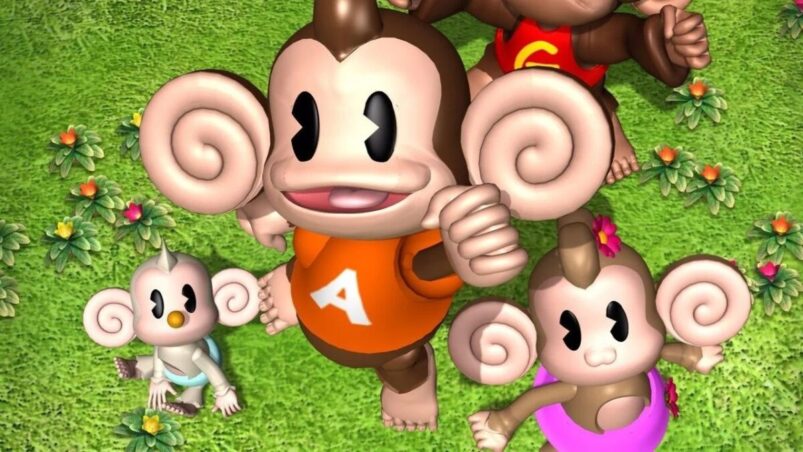 Fans of puzzle platformers will likely be familiar with the Super Monkey Ball series, SEGA’s classic franchise that bundles apes into spheres and forces them to complete intricate levels, all for the promise of some bananas. Truth be told, it sounds kind of sadistic out of context, but the whole series maintains a jovial sense of fun that’s wonderfully infectious. However, which is the best game in the Super Monkey Ball series?

For this list, we’re ranking main games in the Super Monkey Ball series, including all of the console releases, but we’re omitting mobile and flash games from the list because otherwise we’d be here all day. With that out of the way, here’s the definitive ranking of the best Super Monkey Ball games you can play.

If nothing else, Super Monkey Ball Adventure has to be commended for at least trying something different with the Super Monkey Ball brand. Instead of the usual maze levels, Adventure opted for a huge story mode with players exploring many different worlds, solving puzzles and completing missions. It was an ambitious move, but the execution really left a lot to be desired.

From poor controls to the game’s crushing difficulty, Super Monkey Ball Adventure was pretty much lambasted from pillar to post by everybody, and is widely considered to be the worst Super Monkey Ball game in the entire series. It’s not completely devoid of quality though, as the Monkey Cannon party game was actually incredibly fun.

Think Angry Birds but with monkeys in big balls and you’re about there.

Consider this your reminder that the N-Gage existed, albeit for a brief period. It also wasn’t very good, so it stands to reason that the Super Monkey Ball game is one of the worst entries in the series. Despite launching after the Game Boy Advance release, Super Monkey Ball Jr, the N-Gage version of this classic game felt like a pale imitator instead of a proper release, with terrible graphics and awful controls.

Essentially a scaled down version of the normal game, Super Monkey Ball for the N-Gage includes 50 levels across the usual difficulties of beginner, intermediate, expert and master, along with three party games. However, for a Super Monkey Ball release, that’s a shocking lack of content compared to other games.

If it wasn’t for the fact that the N-Gage is all but forgotten, it would probably be at the bottom of this list. Adventure likely did more reputational damage than this footnote in Super Monkey Ball’s history.

From one dismal handheld platform to one that massively underperformed, Super Monkey Ball: Banana Splitz debuted the iconic series on the PS Vita.

Banana Splitz had some good ideas, like the ability to use motion controls to move the monkey instead of the joysticks, and the Creation mode used the Vita’s in-built camera to create levels based on real-life environments.

While these sound like good innovations that would help Super Monkey Ball evolve as it moved through the early 2010s, Banana Splitz nearly killed the SMB series as we know it. Reviewers weren’t too kind to the motion controls and level editors, while woeful sales for both this game and the PS Vita in general has meant that there’s been no new traditional Super Monkey Ball game ever since.

As the name Super Monkey Ball 3D suggests, this game was developed specifically for the 3DS in mind, utilising the dual screen gameplay to display information on one screen while you focused on avoiding obstacles with the other. While it might seem like we’re bagging on all the handheld games, Super Monkey Ball 3D tried to accommodate both motion controls and regular thumbstick play, diminishing both as a result.

The motion control gimmick didn’t pair well with the 3D feature of the 3DS, which is the main selling point for the entire handheld, as players would be left with migraines after a while. However, the levels were designed with motion controls in mind, with huge grooves in the level design to prevent motion control players from zooming into oblivion every 10 seconds, meaning thumbstick players were left with no challenge.

They also changed Monkey Race to look like a Mario Kart knock-off, which is the biggest offence of all.

Of all the games to make use of the Wii’s Balance Board peripheral, Super Monkey Ball is perhaps one of the least expected, but Step & Roll introduced Wii Balance Board controls that kind of make sense.

Leaning in specific directions would cause the level to tilt that way, which in theory makes for an intuitive experience. There were even plenty of minigames designed around one Balance Board player versus 3 Wiimote players in asymmetrical multiplayer, making for a unique party game experience.

Unfortunately, Step & Roll’s controls left a lot to be desired for many players, as some found the controls to be incredibly imprecise, while others hated the stage design that promised innovation but actually delivered levels with ideas you’ve seen before in previous Super Monkey Ball games. All in all, Step & Roll wasn’t a huge highlight for the series.

A solid 6/10, basically, but nothing worth balling out for.

If you were to look at footage of Super Monkey Ball Jr without knowing it was a Game Boy Advance game, you’d likely be shocked.

Despite being made exclusively for Nintendo’s diminutive handheld, Super Monkey Ball Jr looks downright incredible. For a console that was basically a SNES in your pocket, those graphics are brilliant. The game itself wasn’t too bad either.

Essentially a shrunken down port of the first game with some changed levels, Super Monkey Ball Jr includes dozens of levels along with party games such as Monkey Duel, Monkey Fight, Monkey Bowling and Monkey Golf. While the lack of an analog stick makes controlling your chosen monkey a bit more difficult than it would be on consoles, there was still plenty to enjoy with SMB Jr.

The Super Monkey Ball series has seemingly been synonymous with Nintendo, having made its console debut on the Gamecube, so the reveal of a new game on the Wii left fans very excited. The end result was a game that, while still enjoyable and worth checking out, didn’t match up to the standards set by the original games. To the untrained eye, Banana Blitz feels just like more of the same, but some changes to the formula didn’t leave the best impression.

Instead of just controlling a monkey moving through mazes, Banana Blitz introduced a jump mechanic that was designed to circumvent some of the game’s obstacles. However, the game’s physics engine would mean that some jumps would be a lot more risky than others, leading to a lot of unfair bounces off the map, especially with the game’s motion controls. Also, the game introduced some terrible boss battles that just didn’t mesh well with SMB’s regular gameplay.

Banana Blitz is a good game, but there’s plenty of issues here too.

We typically wouldn’t include ports as their own entries, but there’s enough of a difference between the regular version of Banana Blitz and the HD port which revitalised the series. First and foremost, the game doesn’t use weird motion controls, so it’s instantly a huge improvement, but the game includes a new time attack mode and revamps the levels to make the levels a bit harder.

The game that started it all, Super Monkey Ball still holds up as an all-time great platformer, with no gimmicks or flashy mechanics like boss battles or jumping getting in the way of its brilliance. While the series originally started as an arcade release, Super Monkey Ball brought the franchise to consoles in a big way, with heaps of praise and generous sales launching SMB into the stratosphere.

Players navigate through mazes of increasing difficulty, from beginner, intermediate, expert and secret extra and master levels for players who can beat the game without using continues, which is a hard feat to achieve.

Super Monkey Ball defined the easy to learn, hard to master mentality, with simplistic controls and devious levels designed to challenge. With six mini-games also included, all of which are incredibly enjoyable, Super Monkey Ball helped define a legacy.

Right now, we’re going to establish a pattern. Super Monkey Ball’s core gameplay and formula was pretty much nailed the first time around, so the only real distinctions between games are how much content there is.

Super Monkey Ball 2 took everything great about the original game and added so much more content to the formula to make it an even bigger hit. More levels, more minigames, more fun. On top of all the additional levels, Super Monkey Ball 2 added a story mode to the game which was filled with enough Saturday morning cartoon slapstick to make it one of the most entertaining games on the Gamecube.

With more content and six additional minigames adding to the fun, Super Monkey Ball 2 would be considered the definitive version of SMB until PlayStation and Xbox got a taste of what SMB had to offer.

On top of all that, there’s all the minigames you love from previous games, additional modes that switch up some of the more challenging levels, and you can play as Kazuma Kiryu running inside of the ball. It’s not quite the game you remember, but it’s a wonderful tribute all the same.

Deluxe didn’t do much to reinvent the formula from the first two games, but it didn’t need to, and if subsequent games were proof of anything, reinvention hasn’t exactly been good for Super Monkey Ball. Super Monkey Ball Deluxe offered more of the same, with some additional exclusive levels thrown in for good measure. With so much content, and the best gameplay the series has ever seen, Super Monkey Ball Deluxe is the best entry in the entire series, hands down.