Ranking The Burnout Games From Worst To Best

Think number 1 will be obvious. 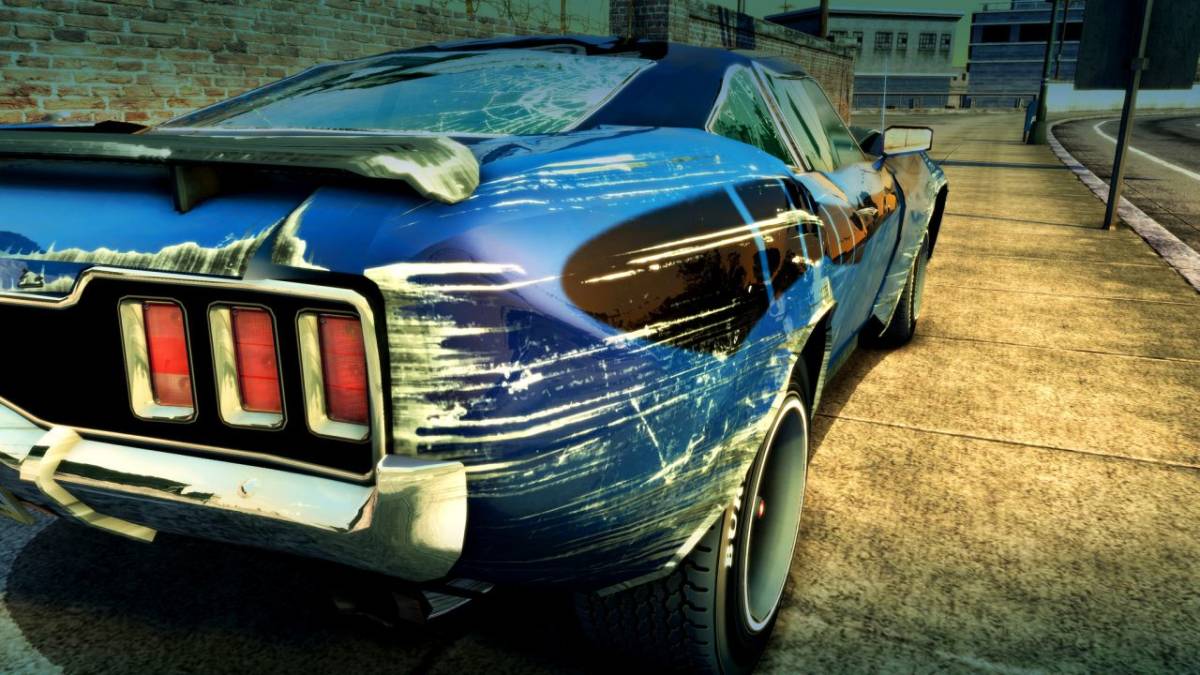 For a lot of gamers, the Burnout series exists on a pedestal above all other racing games as the greatest series in gaming history. The mix of fast cars, arcadey and drift-heavy physics and excellent soundtracks have created a sense of nostalgia that’s remained unbeaten for well over a decade. With that in mind, we’re here to give you the definitive ranking of every Burnout game ever made to let you know which ones are the best.

With eight games spread across a decade, the Burnout series left a huge impact in such a brief amount of time, but there’s been a noticeable hiatus ever since (one remaster not included). We’re going to rank the Burnout games from worst to best, and hopefully that’ll prompt Criterion (or another dev if EA wants to lend the license out) to make a ninth entry.

To many, this is a sad end to a historic legacy, as the last Burnout game ever released (again, not including the remaster) isn’t even a Burnout game at all, really. It bears the Burnout name, and the gameplay is based on a mode in the series, but for all intents and purposes, Burnout Crash is a complete departure from what made the Burnout series special, leading to the series’ death/hiatus as a result.

Burnout Crash was modelled after the Crash mode in the main Burnout series, which saw players launch cars at high speed into busy highways. Crash (the game, not the mode) takes this concept and applies it to a top-down party game that features a few different maps and modes.

There’s certainly fun to be had with Crash, but it’s a far cry from the rest of the series.

It’s not that the original Burnout was a bad game, but it was incredibly barebones compared to the follow-up games, and lacking in the “in-your-face” identity that the Burnout series became known for later on. It was still a street racing game, with fast cars, nitrous boosts and crash cameras, so the formula was already there from game one, but the polish and overall production needed work.

Players would compete in championships across tracks in the US and Europe, with a small selection of cars that would increase in speed as you progressed. It’s all fairly standard racing game stuff, which is why it’s so low down on this list. Burnout is anything but standard, and the bells and whistles that were added to the game’s fabric in later iterations became integral to its success.

Burnout did introduce Burnout Chains though, a method for skilled players to continually boost, and that’s pretty fun at least.

Often considered a forgotten entry in the series, Dominator is vastly overshadowed by another Burnout game on this list, which launched just a year later.

Dominator is the only game in the series to not be developed by Criterion, with EA UK stepping up to helm this new installment. The issue was, aside from the PSP release, Dominator would launch on the PS2 during the same month that the PS3 came to the UK, meaning it’s been almost lost to history.

Dominator was, for lack of a better description, a scaled down version of Burnout Revenge, with no Crash mode, no online play and no support for steering wheel controllers, which were all supported by Criterion Burnout games. Players would progress through different classes of cars, travel across the world and compete in a variety of events. It’s all the usual Burnout stuff, but without Criterion overseeing the game, it didn’t live up to the same standards of its forebears, and the reviews showed that.

Let’s just throw it out there right now: the DS version of Burnout Legends alone should probably be below Burnout Crash, but because the PSP version is pretty darn good, all things considered, it sits higher on this list.

Essentially a kind of trilogy collection for the PSP, Burnout Legends compiles a lot of the best cars, songs, tracks and Crash mode levels from the first three games and bundles them together in one enjoyable handheld package. For PSP owners, Burnout Legends was simply a must have game, condensing the incredible gameplay from the series into bite-size chunks.

While Legends was certainly a great Burnout game, its success is predicated on the work done in other games. In short, Legends is only good because Burnout 2 and 3 are stellar. Legends doesn’t really build on those games as much as repackage them.

The last Burnout game to be published by Acclaim before going under, Burnout 2: Point of Impact was a marked improvement over the original game, with the sequel finally introducing one of Burnout’s most recognisable features: the Crash Mode. Finally, players would be able to throw cars into busy intersections without a care in the world, scoring points for doing so. It’s the same as in real life, only the points in Burnout won’t go on your license.

While still a step forwards for the series after the decent, if unspectacular first game, Burnout 2: Point of Impact is still a little bit shy of the perfection that was to come. However, it could be argued that Point of Impact is a much more enjoyable racing game for those who played local multiplayer, as boosting was more about skill than who gets the flukey takedown.

Definitely the series’ first big high moment, but it’s not the last or the biggest.

For a mainline Burnout game sandwiched between two of the franchise’s most enduring and popular releases (Dominator and Legends notwithstanding, of course), Burnout Revenge seems to have fallen by the wayside, which is a shame. With all the features on offer, Burnout Revenge could’ve genuinely made the case for being the best Burnout game of all time. There are some flaws, granted, but there’s so much to love in this version of the game.

Perhaps the most exhaustive additions to Burnout Revenge included traffic checking, which allowed you to rear-end small cars without consequence, and Aftertouch, a move that sees crashed players controlling their cars post-pile-up to try and smash into other racers. It’s all the fun you’d expect from Burnout, but the additional features and some iffy track design made the game sometimes a bit too chaotic.

Also, the Crash Mode was overhauled and it wasn’t great, but these are minor gripes as Revenge is still a thoroughly enjoyable racing game.

For many, Burnout Paradise is seen as a divisive entry in the beloved series, as the game ditched closed tracks in favour of an open world. Granted, it wasn’t a perfect formula, particularly when it comes to race events. Each race event ended in one of eight key destinations, so it felt like each event was robbed of a chance to be unique by using a specific track.

However, Burnout Paradise’s open world was one that openly encouraged exploration above all else, with brightly coloured gates and billboards often pointing towards faster routes or, if nothing else, the chance to build a lot of boost to keep your speed up. In this context, Burnout Paradise rewards map knowledge above racing skill and aggression, which makes the game endlessly replayable.

The more recent version of the game, Burnout Paradise Remastered, updates the game for modern consoles, and while certain aspects are a little bit dated (the inability to send waypoints is certainly annoying), it’s still hard to find a better racing game that’s readily available. Unfortunately though, it falls shy of being the best.

Picture the scene: I’m Not Okay by My Chemical Romance blasting at full volume as you race around cities and countryside at speeds approaching 200mph, slamming rivals into walls and oncoming cars with reckless abandon. How could this be anything other than the top spot? To put it simply, Burnout 3: Takedown is pure, distilled aggression, which makes for arcade racing perfection. There has never been, and may never be, a better game than this.

As the name would suggest, Burnout 3: Takedown saw the series place a greater emphasis on aggressive racing as opposed to pure speed, with players now encouraged to slam their fellow racers in a bid to ram them off the road. Doing so rewarded players with an extended boost bar, meaning they could drive faster for longer and win races more easily. The Crash mode was also in its best form here, giving players enough control without overwhelming them. Absolutely brilliant stuff.

Unfortunately, unless you’ve got access to a PS2 or original Xbox, or you dabble in the dark arts that are emulators, Burnout 3: Takedown is a hard game to play in 2021, which sucks. While the remaster of Burnout Paradise was certainly well received, seeing a re-release of Burnout 3: Takedown would likely send the world into meltdown.

It’ll never happen, but it’d be lovely to see regardless.

READ NEXT: Where To Play the Burnout Games