The Legend Killer's hitlist is in play once again. 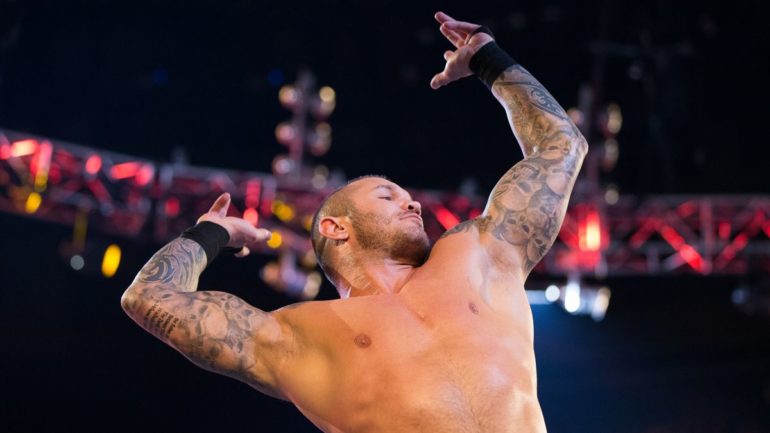 Randy Orton made a name for himself in 2003/4 as WWE’s resident Legend Killer. At the tender age of 24, Orton competed against some of pro wrestling’s biggest names and scratch them off his hitlist one by one, forging the foundations of his own legacy that will eventually lead him to multiple world championships reigns. Since re-entering his long-standing feud with Edge this year, Orton has dipped his toes back into his Legend Killer days, claiming that Edge would be the latest addition to his ever-growing list of wrestling icons that have fallen at the hands of ‘The Viper’.

With Edge seemingly confirming one last blow-off between the two at an upcoming pay-per-view (presumably Extreme Rules), this begs the question whether this will be the final time we see Orton giving us a throwback to his original gimmick, or whether this is the start of a new era of culling for WWE’s alumni assassin.

We’re going to take a look through 5 potential legends that Randy Orton could step in the ring with to help add some notches to his proverbial bedpost. Over time, certain superstars have stepped away from the ring or have accepted more of a part-time status, giving them that aura of a WWE legend whenever they do happen to perform. These kind of wrestlers would be the ideal opponents for Randy Orton to start picking away at, reinstating the popular Legend Killer character and renewing his threat on the main roster.

Make sure you throw down your own legends that you’d like to see Orton face off against in the comments below.

‘The Big Red Machine’ might have other mayoral duties to keep himself busy, but that doesn’t stop Kane from occasionally showing up for the odd cameo or two. Last we saw of Kane, he fell to The Fiend after his alter-ego Glenn Jacobs captured the 24/7 Championship in Knoxville, a huge day in that county’s history. Since then, he’s been MIA. Providing that this wasn’t WWE’s way of writing Kane off TV for good, I’m sure no sane WWE fan would turn away an appearance from the masked demon in the near future.

Kane has always been a selfless performer that has put over more guys that we can count. Kane has even had a brief history with Randy Orton himself, having competed against one another at WrestleMania 28 and sharing status within The Authority. Kane could easily jump into a mini-feud with Orton, perhaps to avenge a fallen comrade or just to give the Legend Killer a run for his money.

Naturally, Kane would likely be quipped with an RKO or two and become one of the first new additions to the Legend Killer’s list. There’s no doubt Kane has acquired that legendary status and quite frankly I’d just love to see him in the ring once more.

Even though the Master of the 619 still has a place on the full-time roster, it seems to be that Rey is in the process of winding down his in-ring career. With his latest feud against Seth Rollins seemingly positioning his son Dominik for a RAW debut, we must start wondering when the masked man will decide to compete in his final match.

Mysterio’s career is indeed stuff of legend. His respective tenures in WCW, Mexico and WWE made him one of the key innovators of the Cruiserweight style, bringing lucha-libre to a whole new audience throughout the 90s and 2000s. Without doubt, Rey will end up in the Hall of Fame at some point, but before then, perhaps he’s got a job to do for the Legend Killer.

Rey and Randy have had somewhat of a love-hate relationship over the years, and I personally believe that they have a fantastic chemistry whenever they happen to share a ring. I’d love to see Orton goad Mysterio into giving him one last match so Randy can add his name to his list of fallen legends. Perhaps this would be the ideal retirement scenario for the former World Heavyweight champ?

A match that has been rumoured for several WrestleManias past, the clash between former Evolution stablemates is something that should definitely happen before either man choose to hang up the boots. Orton and Batista have had battles in the past but none have been given the prolific build that they would likely receive in today’s WWE. Batista has of course become an icon of Hollywood since departing from the wrestling business and would easily be able to sell the dream match factor in a match against Randy Orton.

Having had that history of growing up on the main roster together, Randy would certainly have a burning desire to be the one to put Batista away for good, proving that he was always the shining star of Evolution. Batista might have wanted the match against former mentor Triple H to be his very final in-ring performance, but as every perspective retiree likes to remind us, you never say never in wrestling.

One legend that doesn’t seem to know when to quit is WCW’s former flag-bearer, Goldberg. Recently causing a stir across the wrestling world by dethroning The Fiend for the Universal Championship, Goldberg seems to always be a looming shadow over the main roster, always ready to knock someone off their pedestal with a devastating spear and botched jackhammer. The Legend Killer could be a blessing in disguise.

Randy Orton’s RKO vs Goldberg’s Spear, an easy scenario to pitch to the big-wigs of WWE who’d be looking for that inter-generational clash for a big-time pay-per-view. Regardless of your thoughts on Goldberg, he’s earned the title of legend in today’s industry, having competed against a plethora of wrestling’s biggest stars and still over enough to warrant a big match.

But there’s surely a point where someone says enough is enough. Orton could very well be his last opponent and Goldberg could be Randy’s biggest victim to date. Plus, the WWE Universe need some vengeance on the former undefeated Goldberg for his wrongdoings against Taker in Saudi Arabia.

But The Undertaker’s really retired this time, right?

Of course not. As per every wrestling retirement, it’s only short-term until a new dream match pops into Vince’s head or Undertaker gets the itch to jump back into the squared circle. Believe me, I’d love for Undertaker to go out on the high-note he deserves, but quite frankly, a Network documentary isn’t really the right way for him to leave his legendary career behind.

He deserves one final match, one final entrance, one final dance. If anything, Randy Orton has proven himself a dab-hand at performing with a slower, methodical, old-school pace that Taker adores, if anyone can get the ageing Deadman through a match, it’s the Legend Killer.

Randy was supposedly the opponent who was meant to bring an end to the Undertaker’s WrestleMania streak at ‘Mania 21, but that never came to pass. His subsequent feud with ‘Taker in 2005 became a surefire highlight of SmackDown during a time where plenty of main-eventers was out with injury. Since then, the two have rarely touched, but I’m sure it wouldn’t take much to justify another Taker/Orton scuffle.

If the Legend Killer truly is back to claim some new names, then he absolutely needs to stop with The Undertaker. What a trophy to round off an already impressive list of legends, there’s quite possibly none more prestigious than The Undertaker himself. Then, he can ride off into the sunset like the icon he is.