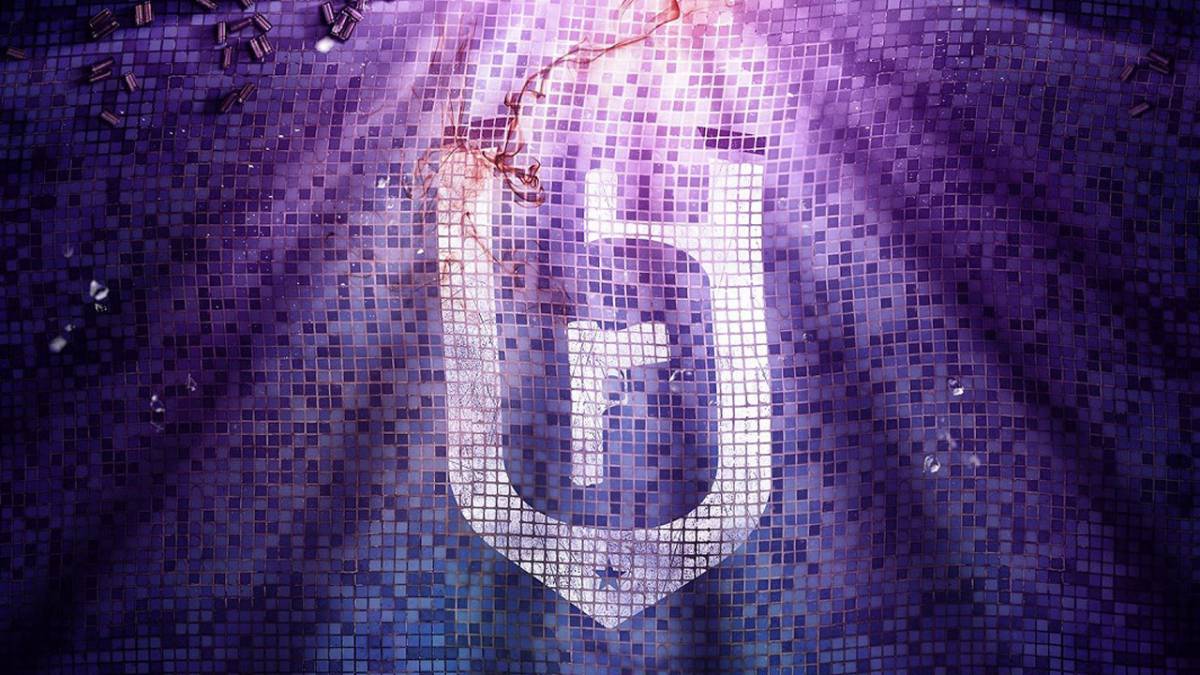 There isn’t long left to wait until the first season of Year Two of Rainbow Six Siege gets underway, so ahead of Operation Velvet Shell‘s release tomorrow, Ubisoft have shared an extensive list of patch notes, which include the standard bug fixes and a whole host of fascinating gameplay tweaks.

The two new operators, Jackal and Mira, are obviously the main attraction, but let’s not forget about Coastline, which is the new map that will be available to everyone from the off. Jackal is able to see defender footprints while Mira can put up mirrors to see the opposition through, which is going to be interesting to see how that comes off. Both Operators have shotguns, so a mid-season nerf is practically guaranteed. 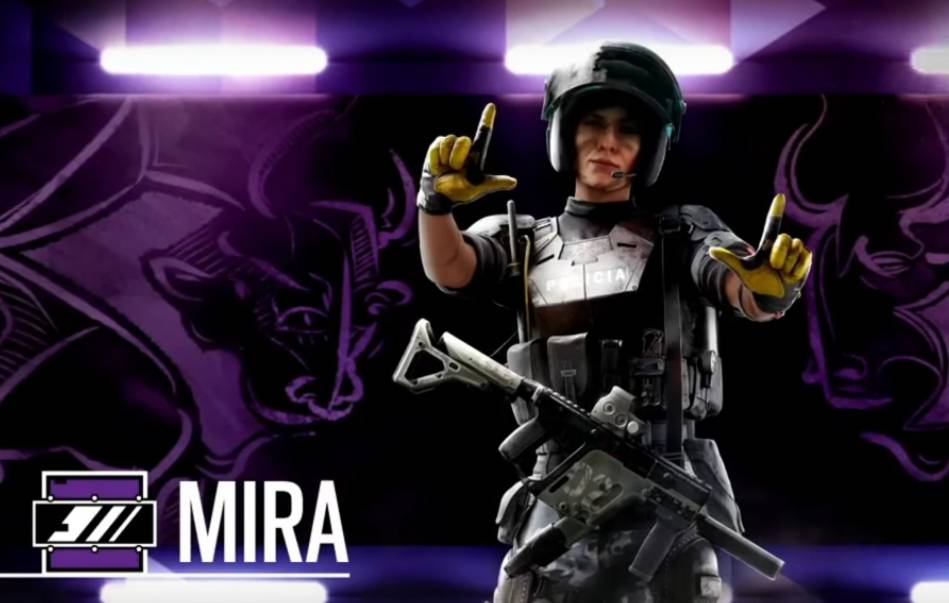 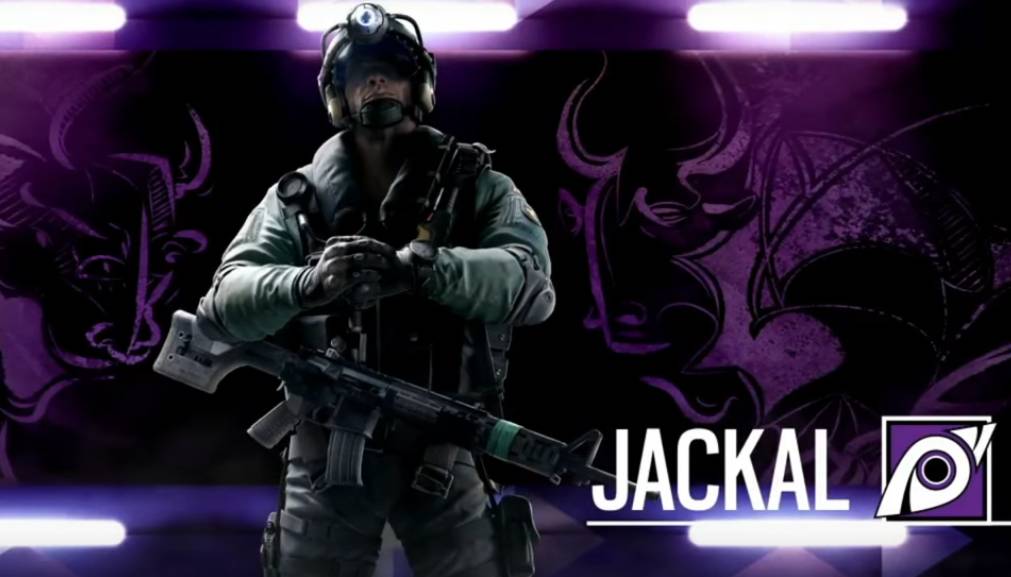 Along with the new and fancy menus, Siege players will be able to get their hands on four Signature Spain-inspired weapon skins: Chupinazo, El Dorado, Leon Furioso, and Crossfader. Elsewhere, Rook will get his own Elite set that will set you back a small house to buy.

Another huge change and one that’s probably going to create a huge difference for the game’s eSports scene is the phasing out of the realistic weapon sights. As you probably already know, some of the sights in Siege are cumbersome and impact the POV, so the patch will now make all sights look exactly the same.

“Our intention is that each sight should be comfortable, different but equally viable, and that when you select a sight you have a precise idea of what it will look like whatever the weapon is.”

And now for the main event: the incredible amount of bug fixes that will be worthless in five minutes because the game breaks after every damn update.

Fixed: Operator’s head is missing in drone view during Situation 7 and Situation 10.
Fixed: Tachanka’s view can be misrepresented, preventing his shots from registering.
Fixed: 556xi and AUG A2 are sometimes unable to destroy a distant camera.
Fixed: Weapons equipped with a Suppressor, Heavy Barrel, or Muzzle brake have no muzzle flash.
Fixed: Jager’s gadget can be deployed on an Operator’s shield, and remain in that place after the shield moves.
Fixed: Nitro Cell damage radius is much higher on hardwood walls.

Terrorist Hunt
Fixed: The reload crate in Lower Library 1F (University) will spawn inside of a sofa.
Fixed: Smoke grenades will sometimes bounce off of invisible collision when thrown by Terrorists.
Fixed: Some Terrorists remain idle and do no attempt to engage with the players.
Fixed: Terrorists are stuck while rappelling during the second wave of Attackers while playing Hostage Protection on University.

Secure Area
Fixed: While contesting an area, the overtime countdown is not synced for all players.

Kapkan
Fixed: EDD will be destroyed when placed on the right side of the door in the Passport Check room [Border] if Bandit places an electrified reinforced wall on the right wall.

Tachanka
Fixed: Tachanka suffers from a broken weapon animation when his LMG is destroyed by Sledge’s Breaching Hammer.
Fixed: The ammunition count for the LMG is reset when it is redeployed.

Echo
Fixed: Yokai drone can pass through the ceiling on Plane.
Fixed: Yokai loses signal in the vent between 2F Model Hallway and 2F Vista Hallway on University.
Fixed: If the Yokai drone is picked up while hovering, the Terrorists will attempt to fire on the drone’s former position.

Hibana
Fixed: X-KAIROS pellets will destroy gadgets on the opposite side of the wall from where they land.

Ash
Fixed: Breaching rounds can destroy gadgets on the other side of the wall from where they land.

Valkyrie
Fixed: A Black Eye camera is still usable for approximately 10 seconds after being picked up.

IQ
Fixed: The outline and distance of other gadgets cannot be seen on IQ’s gadget while she is prone.

Sledge
Fixed: Sledge’s Breaching Hammer can be used to breach walls from behind Montagne’s extended shield.

Caveira
Fixed: Green effects are not appearing for players being killed.

Fixed: Ladders disappear when looking at them from a certain height.
Fixed: Players are able to shoot through door frames attached to indestructible walls.
University
Fixed: Defuser can be disabled by destroying the tiled floor in Piano Room.
Fixed: Wooden beams in 2F Classroom do not stop bullets, or show bullet impacts.
Fixed: Light sources are glowing too brightly.

Chalet
Fixed: It is possible to vault over a railing and hide under Green Room stairs.

Consulate
Fixed: The carpet in 2F Meeting Room is visible on the Spectator Camera from the floor below.

Skyscraper
Fixed: It is possible to clip through and hide under Main Stairs in the Restaurant.
Fixed: Hostage clips through the adjacent bed.

Favelas
Fixed: Users are able to clip through a specific wall while using a deployable shield.

Yacht
Fixed: Bullet impacts are not registering on walls properly.
Fixed: It is possible to vault through the slot machine wall in 3F Casino.

Fixed: The compass does not move while operating Tachanka’s LMG.
Fixed: Using Alt + Enter during the Operator Select would allow players to change Operators during loading.
Fixed: Corrupted melee animation while running on stairs.
Fixed: Level of detail issue on various headgear.
Fixed: Level of detail issue on Sledge, Capitao, and Caveira when moving away from these Operators.
Fixed: Ubisoft Club challenges would appear as available, even though they were not.
Fixed: Chinese writing overlaps at the start of rounds.
Fixed: Players are sometimes not awarded XP and Bonus Renown.
Fixed: After completing a Terrorist Hunt match, some players are stuck at an infinite loading screen.