This could be the pick me up you need. 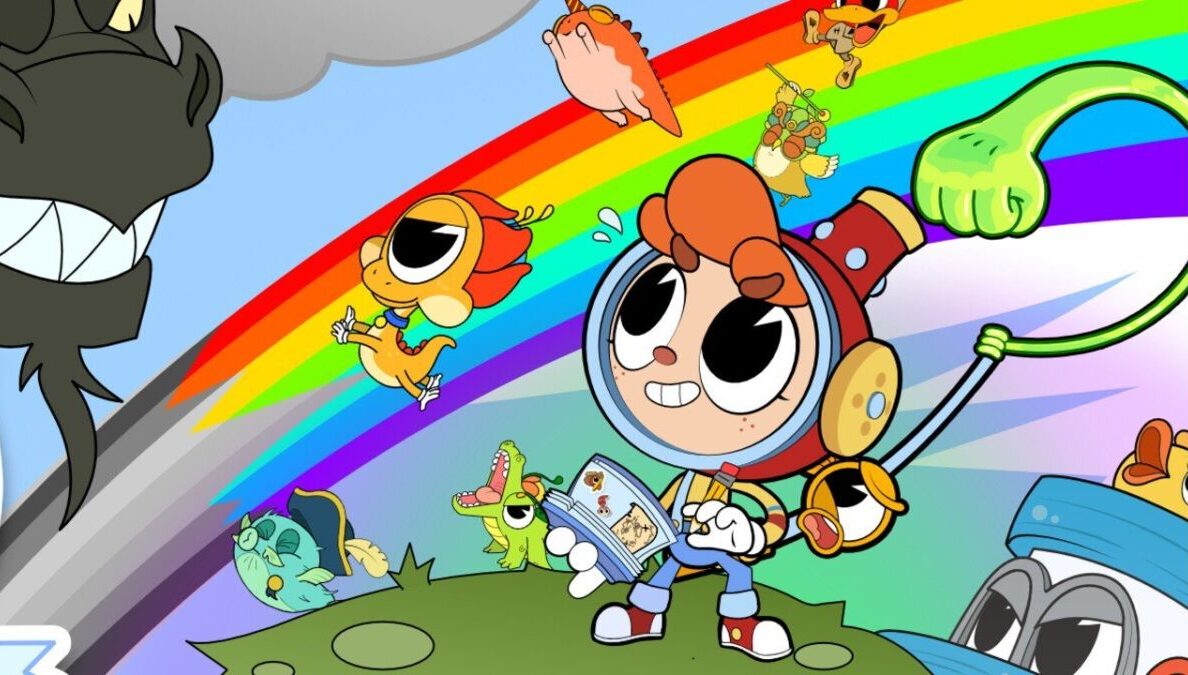 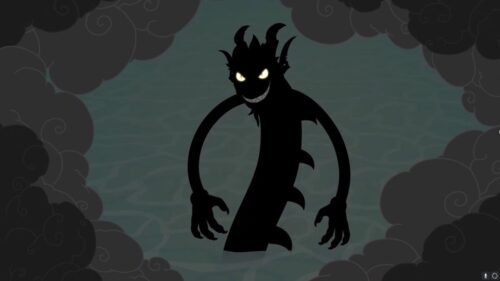 Kindness is contagious. Even people in the most rotten of moods might respond well to genuine understanding and compassion. In Rainbow Billy: The Curse of the Leviathan by Manavoid, these are your tools of choice in your quest to restore color to a world cursed to live without it.

You play as Billy, a colorful and carefree kid who lives in the World of Imagination. One day, the villainous Leviathan emerges from his deep-sea slumber to plunge the vibrant world of wonder into a melancholy monochrome with a dastardly curse. Leviathan uses his magic to trap the colors of the world in 3 color orbs and entrusts them to his most reliable and callous underlings, which causes a violent storm. After boarding the Friend-Ship and retreating from the epicenter of the curse, Billy travels into the mysterious seas of the cursed world. Following a daring escape, our hero meets up with Rodrigo, a standoffish “punching rod” with a heart of gold, and decides to team up to save the world.

The World of Imagination is split up into 3 worlds, each with a lot of ground to cover. You’ll traverse each world with Paper Mario style platforming, using a 2D hero in a 3D environment. These worlds are packed with collectibles, such as coins to buy items, negative thoughts to purify, and hidden areas to find. Each one is very well crafted, with textures in 3D that spring to life when the color is returned. The cursed black-and-white locales make the Friend-Ship smile with glee as you sail freshly-colored locales that glow up to fit the sunny soundtrack. Characters in the world also pop off the screen with a Cuphead-inspired rubber hose aesthetic, while they evoke a more vicious appearance when drained of their vibrancy.

Rodrigo will also learn new abilities to help his new friend move across the varied locales as their friendship grows. These include a shovel-hand and a copter-style hover technique. Since each world is packed to the brim with secrets, you’ll always want to come back with your new powers to get any missed or inaccessible treasures. While Rodrigo has ample punching power that’s useful throughout the adventure, it isn’t how you’ll resolve conflict in Rainbow Billy.

When you encounter a colorless individual, they’ll usually be confrontational. While they’ll want to fight you, Billy will never resort to violence and instead talk with them. By listening and empathizing with these distraught folks, Billy can come to understand their disruptive insecurities and help them see a reason to overcome them. Confrontation is the nonviolent combat system of Rainbow Billy: The Curse of the Leviathan, a turn-based Slay The Spire-style system where Billy and friends come together to comfort the cursed people of the World of Imagination. Each friend becomes a token that is added to a deck of tokens you draw and are sent out on a grid in front of you during a conflict.

While the game begins with only one or two slots for friends, the grid eventually expands into three rows, with each row able to hold three friends to help color the heart of the cursed character. Each friend triggers a unique mini-game if they lead a row which gets tougher for each additional friend who backs them up in their row. Every friend in a row can add up a potential two extra colors to each action, making tough mini-games worth the reward. On a few special occasions, a friend of yours may even pop out of your hand of tokens to volunteer to help you get through to your current adversary. When it all comes together, it makes for a surprisingly deep combat experience that will satisfy fans of Undertale-style RPG gameplay.

After reaching a nonviolent conclusion, they’ll become friends and help Billy out with future confrontations. These allies are able to level up 3 times with the use of various gifts and gummy fish found in shops or by fishing in the ocean while travelling. Levelling up gives the friend a new color, which they can use to color a troubled person’s heart and helps Billy get to know them even better. This will also help them unlock their own special ability, such as the power to summon their friends to the field when played.

This theme goes hand-in-hand with the tender and wholesome narrative of Rainbow Billy: The Curse of the Leviathan. As Billy explores the world, he’ll try to understand even the most distressed and cruel individuals. Each time you cure a key character, you’ll color the area they’re linked to with a lovely rainbow. Winning these even colors the ocean, which gives fuel to the Friend-Ship to explore more of the high seas. Boss battles will see Billy reclaiming one of the three Color Orbs from a general of Leviathan, who embodies a strong negative emotion such as loneliness or self-doubt, and who’ll restore the color to that part of the World of Imagination.

While losing a battle isn’t too punishing and most big storyline boss battles can’t be lost, Rainbow Billy still has a very palpable learning curve. The turn-based battles can become intense when you’re trying to clear tough mini-games and the feeling of failing a critical attack hits hard. It can also be tough if you don’t keep up with levelling up your friends and finding extra thoughts off the beaten path to get Billy some upgrades, since single-color friend tokens become a liability by the second world. Special confrontations can also be hit-or-miss experiences, with some featuring cheap mechanics such as the ability to negate perfect mini-game clears.

Rainbow Billy: The Curse of Leviathan is a fun platformer-RPG for everyone. Colorful visuals, varied gameplay and a nonviolent premise make this game perfect for young kids or fans of Warioware style mini-game based gameplay. While it has a few gameplay quirks and unconventional cues in the confrontation system, Rainbow Billy is a fun and wholesome gameplay experience that’s sure to satisfy anyone with its bright, vibrant charm and tender coming-of-age narrative. 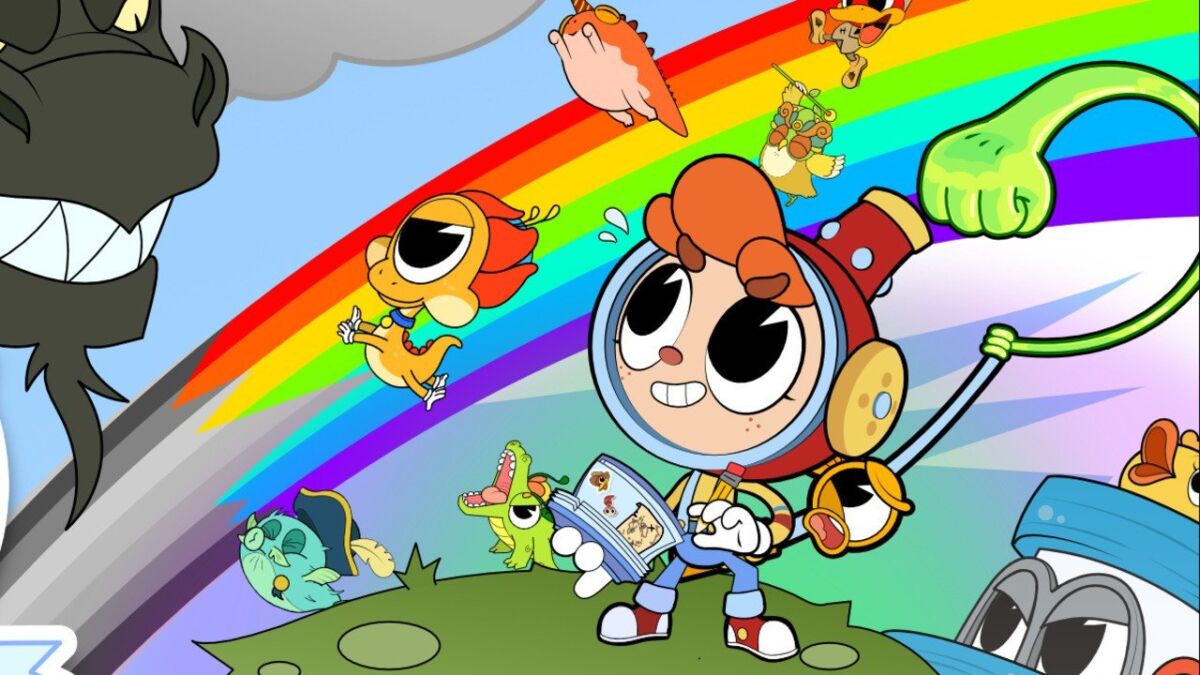 Verdict
Rainbow Billy: The Curse of the Leviathan is a fun and wholesome platformer-RPG with a charming aesthetic and engaging nonviolent gameplay for gamers of all ages.
8.5
Cultured Vultures is a pop culture website established in 2013 covering all things gaming, movies, and more. We eat your words.
All The News On The Biggest Games