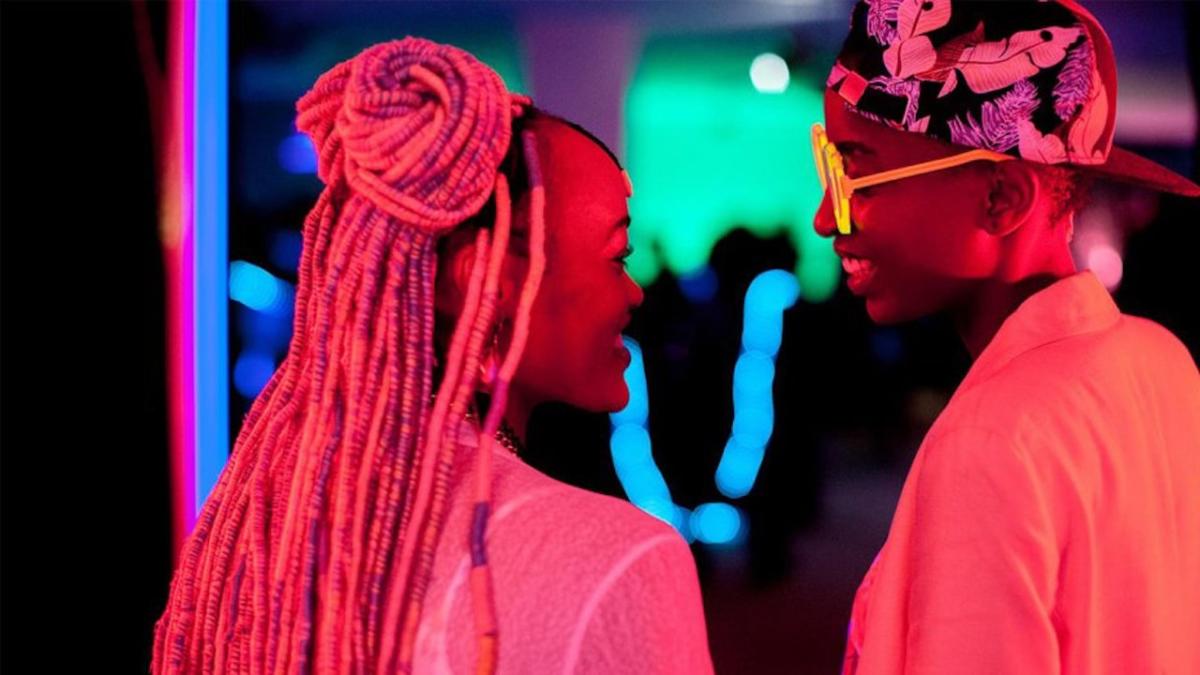 Rafiki sure comes with some impressive credentials. Even though it was the first Kenyan film to screen at Cannes, it was banned in Kenya due to its depiction of the lesbian relationship between its two young protagonists.

Their love is somewhat star-crossed from the start, as their fathers are political opponents in a local election in Nairobi. In many ways, Kena (Samantha Mugatsia) is coping with many familiar adolescent trials. Her father John (Jimmy Gathu) has left her mother and has a new, younger wife, who is now expecting a boy. Their bond is frayed at times, but they remain close, and he is surprisingly far more supportive than her mother after she meets Ziki (Sheila Munyiva) and they quickly fall in love.

Homosexuality may be illegal in Kenya, but both girls have a good sense of who they are, including their desire for more than the path that’s clearly laid out for them. So at first there seems to be few obstacles. That is, until some vicious gossips discover them together. Within seconds, a group gathers to give both of them a severe beating, after which they’re both arrested, and their choice becomes very clear. Do they stay and conform to what’s expected, or do they try to fight to remain together?

Director Wanuri Kahiu is from Nairobi herself, and she is able to capture the beauty and danger of her hometown without sinking into caricature, with the gentle tenderness of Kiki and Kena’s love standing in stark contrast to the response it brings out in the people around them. At times some people come off as somewhat cartoonish in their villainy, but otherwise it’s a dizzyingly beautiful love story of two young women coming of age in a place that’s hostile to what brings out the best in them.

Verdict
Rafiki is a beautiful love story between two teenage girls that beautifully and heartbreakingly captures a place that sees their blossoming relationship as unnatural.
9
Cultured Vultures is a pop culture website established in 2013 covering all things gaming, movies, and more. We eat your words.
All The News On The Biggest Games