A stellar trailer cut from a disappointing film. 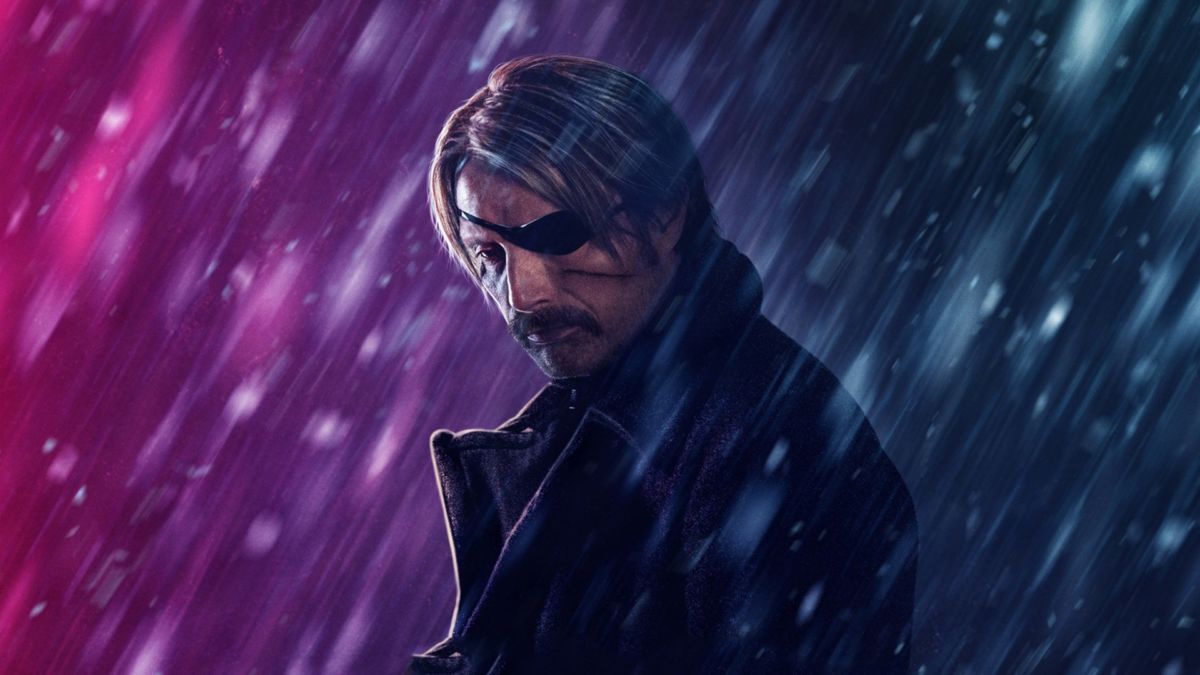 In this day and age of fandom gatekeeping, it’s ballsy for a director to choose to adapt an original work to film. With any adaptation, the stark reality is that given how volatile fandoms can be, a director must juggle the expectations of fans while not alienating newcomers alike. This is something that Polar never gets right as it’s trying to appeal to both camps, the result is the audience gets caught in the crossfire.

An adaptation of Victor Santos’s Dark Horse comic of the same name, Polar stars Mads Mikkelsen as the legendary international assassin Duncan Vizla. Also known as “The Black Kaiser,” Duncan is 14 days from retirement and an 8 million dollar retirement severance. That is until his employer, the fiendish Mr. Blut (Matt Lukas), devises a plan to have Duncan killed to keep his retirement package for himself. Dispatching a team of degenerate assassins after Duncan and his timid neighbor Camille (Vanessa Hudgens) ignites a cross-country and international series of shootouts.

Director Jonas Åkerlund attempts to emulate other hyper-violent comic book movies such as Sin City, though his overall execution is flawed and a detriment to Polar’s tone and consistency. Every scene of Polar contains some combination of ham-fisted dialogue, comical levels of violence, or blatant T&A that is cringeworthy in its execution. Every aspect of the film is a display of excess, from the violence to grandiose villain monologues to its sex scenes. This excess works to its advantage during fight scenes, but the journey to get to those scenes is a grueling test of endurance.

It’s inevitable that some will attempt to compare Polar to John Wick, given its middle-aged protagonist and trailer promising exciting and stylized shootouts. Unfortunately, this couldn’t be less of an apt comparison. Polar’s action scenes, which should be the draw of the film, are not only technically inferior, but few and far between. Except for one prolonged hallway fight, which is an excellent display of Mikkelsen’s signature physicality, scenes lack the finesse and technical proficiency films like John Wick have made a genre standard. Polar’s action feels mostly tame, which is in direct contrast to the film’s overall erratic tone, which is puzzling. His execution of them is the only memorable part of the film and highlights his ability to impart memorable performances upon even the most disappointing of films. Super-fans of Mikkelsen will get the most out of Polar, and hopefully, these glimpses of his ability to handle action roles will inspire other, more capable directors to utilize him in this manner.

And that’s where the praise ends, as describing Polar’s narrative as a complete mess is kind. Its pacing is far too choppy to establish any tone, making the entire thing feel like a comedy skit. Scenes will quickly cut from a group of assassins shooting a morbidly obese man in comical excess to Duncan and Camile having a down to earth conversation. It’s this disjointed contrast from scene to scene and lack of consistent tone that results in Polar’s pacing being the equivalent of an adolescent off their Ritalin. This hyper traversal of exposition is painfully imparted upon the viewer and exposes Akerlund’s inept lack of grace or nuance in expressing anything to the viewer.

Not helping matters is Polar’s heavy-handed implementation of its mean-spirited and juvenile humor that doesn’t aid in elevating any of the boredom that quickly sets in. This brand of humor doesn’t offend me, but given the slick comic book aesthetic Polar so badly wants to give off, this humor comes off as lame. This “humor” spills over into its characters-one character is simply referred to as “Junkie Jane”- and while Duncan is spared mainly of this, the band of exuberant antagonists hunting him are not. There is not a single interesting or engaging character in the entire film and this, unfortunately, does not exclude The Black Kaizer himself. Despite his smooth Solid Snake esque appearance, Mikkelsen could not look more bored with his role throughout the entire film, and honestly, I can’t blame him given the one-dimensional nature of his character, but also Polar’s plot. This can be said for just about any other aspect of the film. Polar’s premise is a half-decent one, and if you are familiar with the source material, you know it’s capable of telling an engaging and dangerous world of assassins, but the film fails to translate that.

Some movies are self-aware dumb fun, and then there’s dumb that thinks it’s edgy. Polar’s inflated ego of itself infects every part of it and somehow manages to make the action take a backseat to its unlikable characters and goofy plot. As just about every element of the film ranges from underwhelming to bad, I would be hard-pressed to recommend Polar to anyone other than hardcore fans of Mads Mikkelsen, and even then, there are countless better action films.