We're going on an adventure! 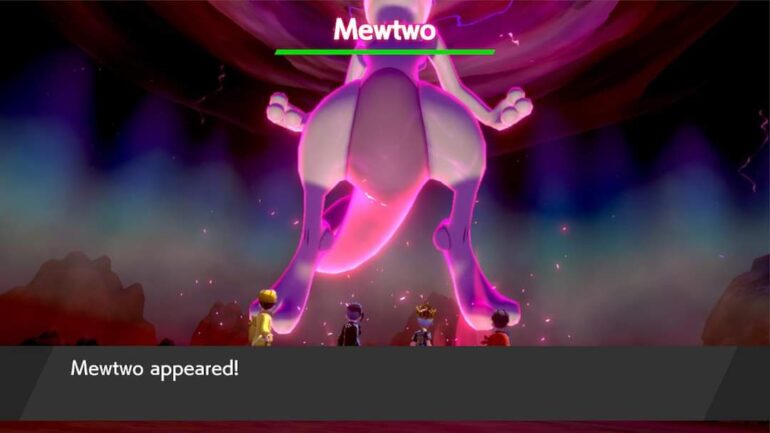 The Crown Tundra expansion brings a brand new frontier to the Galar region in Sword and Shield. Along with frozen hills and caverns comes a plethora of treasures and mysteries to find. The biggest new addition to the game comes in the form of Dynamax Adventures which combines the excitement of raids with classic nostalgia.

Many fan-favorite Pokémon can be found in these multiplayer dungeons, from high-profile legendaries such as Lugia and Mewtwo to iconic favorites like Nidoking and Sceptile. These gauntlets are not to be taken lightly though, as they will test your knowledge of Pokémon and battling.

Dynamax Adventures are 4-player dungeon experiences that offer a gauntlet of Dynamax Pokémon battle with a Legendary Pokémon at the end. Entering these can be done with a group locally or online, or solo with NPC allies. You do not use your own Pokémon in these dungeons, but rentals given to you by the scientists at the gate. After all of the players have entered the Adventure your team will be given a selection of rental Pokémon to choose from with the host player picking first. Whenever a Pokémon is picked, another will take its place.

Be sure to pick Pokémon complimentary to your teammates if you do not get the first pick. Just like in a normal raid 4 KOs will eject you from the Adventure but here your losses persist until the end of the last fight, so always be mindful of your monster choices.

Pokémon with moves such as Life Dew, Aromatherapy, Reflect and Light Screen make for excellent support style Pokémon to minimize damage and keep the team from fainting. Also be aware of diversifying the type coverage in your team. You don’t want to pick a Pokémon of the same type as another member of your team to avoid the risk of moves like Surf hitting your entire team and KO’ing multiple players because they both picked Fire or Ground-types.

You are given multiple branching paths that offer a selection of mystery Pokémon based on a given type and silhouette. While all of these Pokémon are Dynamax, not all of them are fully evolved monsters or of a single type, making identifying who is hiding behind the pink clouds a valuable asset for picking a path. Whether it be an enemy that is weak to your teams’ composition or you take on a more challenging foe to catch it and strengthen the squad, you’ll always want to be on-point with your predictions. Especially since each capture in an Adventure is a guaranteed one.

With this in mind, it’s important to also know the increased chances of finding a Shiny Pokémon in these dungeons. Without the Shiny Charm obtained from completing the original Galar Pokédex, the chances of a monster being its Shiny variant is 1/300 and 1/100 with it. These odds are infinitely better than normal so be sure you’re catching every Pokémon you defeat as you’ll only know if a Pokémon is shiny when you’re picking one to take home. Don’t worry about ditching the legendary boss Pokémon for another one or a Shiny, as the scientist will give you the coordinates to encounter the boss again at a later time. With all of this complexity to adventuring, it can seem quite daunting until you learn about the events that can occur during your Dynamax Adventure.

The dungeons are not just home to wild giant Pokémon. There are also backpackers, scientists and berry bunches you can encounter while delving through these monster lairs. These helpful happenings are key to salvaging bad runs and getting as far as possible in the Endless Mode as each gives a game-changing bonus. Running into a berry pile will heal your entire party, while running into a Backpacker will present you with a selection of items for your Pokémon to hold. The items are strong battle items such as a Sitrus Berry, Quick Claw or a Weakness Policy which can change the outcome of a battle substantially. A Scientist will offer a new replacement Pokémon at random, giving it to a random recipient if there is more than one player asking for it.

Endless Dynamax Adventures are the best way to accrue Dynite Ore. This item serves as a new form of currency, much like Armorite Ore from the Island of Armor, and can be used to buy incredibly rare and powerful items, such as the Ability Patch and Beast Ball. These adventures function exactly the same way as Dynamax Adventures, except after each boss you enter a new dungeon setting, resetting all of the encounters. The catch is that you can’t take home any of the Pokémon to capture.

To make up for this, bonus Dynite Ore is given after each run and the deeper you get the better your rewards, so make sure you know your Pokémon before attempting to go deep into the dungeon. This is one of the most challenging aspects of the game outside of online competitive battles so make sure you bring your friends.

With the information in this guide, you should have no problem jumping into Dynamax Adventures. These are some of the most challenging trials in the game, making it a worthy endgame activity for the trainers looking for more outside of online tournaments and ranked battles. With nostalgic Pokémon, Dynite Ore and a real test of your knowledge of Pokémon, The Crown Tundra has been the best thing to happen to these games. Well, what are you waiting for? Get out and adventure.

READ NEXT: Pokémon Sword & Shield: The Crown Tundra: How To Catch Secret Pokémon