Pokémon: Let’s Go is a super fun stopgap until we get a full-fledged RPG sometime next year. 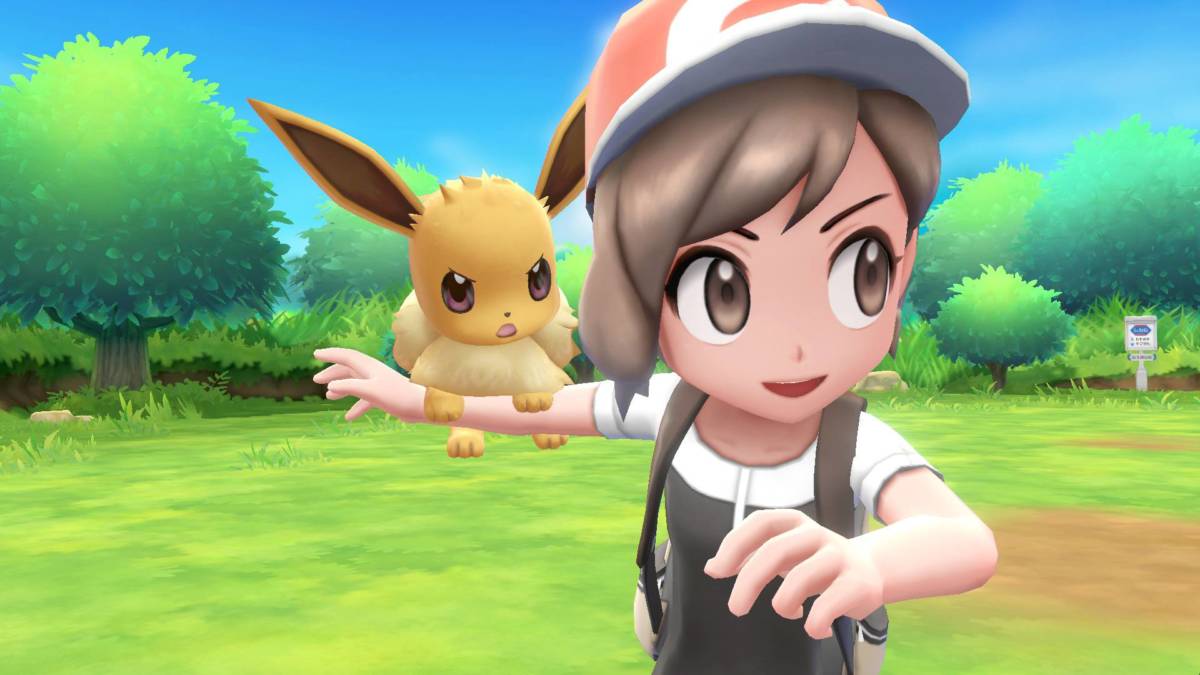 My favorite image of this holiday season has been seeing box art of Arthur Morgan pointing his gun clean at your face with nothing but an aggressive red backdrop on shelves next to a brightly colored adorable electric rodent and an equally heart melting scarf fox-squirrel-dog.

Pokémon: Let’s Go, Pikachu! and Pokémon: Let’s Go, Eevee! launched a few weeks ago as one of the season’s biggest releases, as it is Pokémon’s first real venture on the Switch and would have been Nintendo’s biggest game of the year were it not for some little low-budget game called Smash something-or-another. The Let’s Go games are a remake, or rather, a reimagining of Pokémon Yellow from the original Game Boy where you can start the game with series mascot Pikachu or the always underappreciated Eevee. Together with your chosen starter, you explore the region of Kanto and take on the Pokémon League Challenge, stop the villainous Team Rocket, and collect all of the original 150 Pokémon.

It must also be said that in a world of video games constantly jumping on new trends such as battle passes, microtransactions, and battle royales, it’s nice that Nintendo and Game Freak haven’t really changed up the Pokémon formula at all in the twenty years they’ve been around. One of the most highly touted changes to this year’s installment, however, was the removal of random wild Pokémon battles and encounters. Instead, we have overworld sprites so you can see every Pokémon in the grass, waves, and caves, as well as the wild battles being replaced by a catching mechanic similar to Pokémon Go. 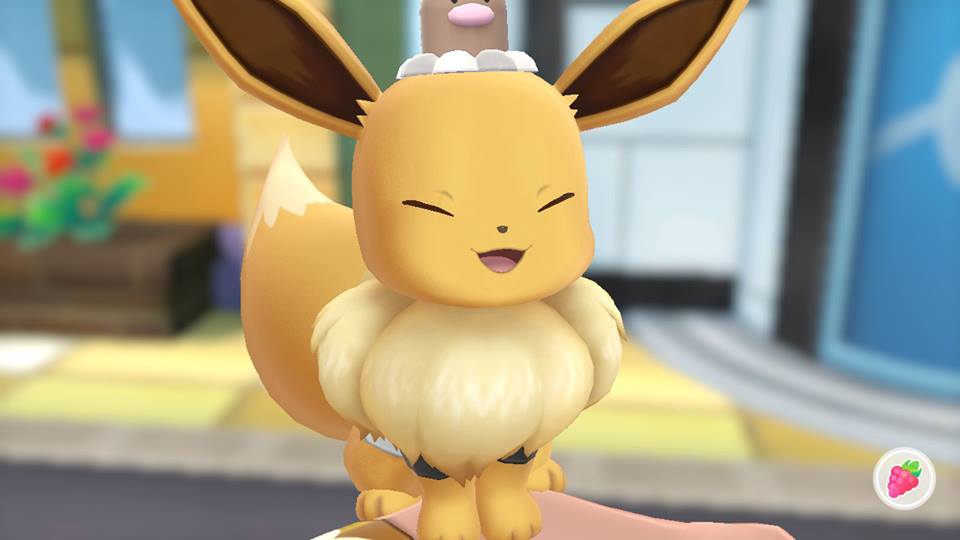 These baseline changes caused quite a stir among the Pokémon community, and the stir only quickened when it was revealed the game was not truly aimed at age-old Pokémon fans, but rather newcomers to the series. That said, as a longtime fan of the franchise, there was no way I wasn’t going to get my hands on this game and give it a whirl. My starter of choice was Eevee, who melted my heart immediately as the game booted up. It’s like a cat and a baby mixed together, except it actually likes and listens to you. Eevee becomes broken relatively quickly because despite not being able to evolve, it can learn a move from every single element it could potentially evolve into, giving it a sweeper moveset as early as the second gym.

The basic story is the same as the original games, though it has some minor tweaks that make it very endearing to players both new and old. The catch system is fun, if a bit tedious after a while, and the games also marked the main series debut of Jessie and James from the Pokémon anime. There are nods all over the place to events both in the original set of games and teasing that this is some sort of alternate timeline and more in the “reimagining” mold. The most notable events occur when meeting Blue for the first time, who is not your rival, but rather, an entirely separate character and actually running into members of the Kanto Elite Four and an Alola Trial Master very early in your adventure.

Because the story and game structure is relatively timeless when it comes to this franchise, some of the biggest newer features are things I want to focus on. As stated, the catching system is a bit tedious considering the huge focus on things such as catching the same Pokémon over and over to make combos that bring out stronger versions of that Pokémon. There’s also the entire ordeal of catching the Pokémon in general, seeing as how they attack and move all over the screen and having to manage these new elements with the Switch’s great-but-not-perfect motion controls. 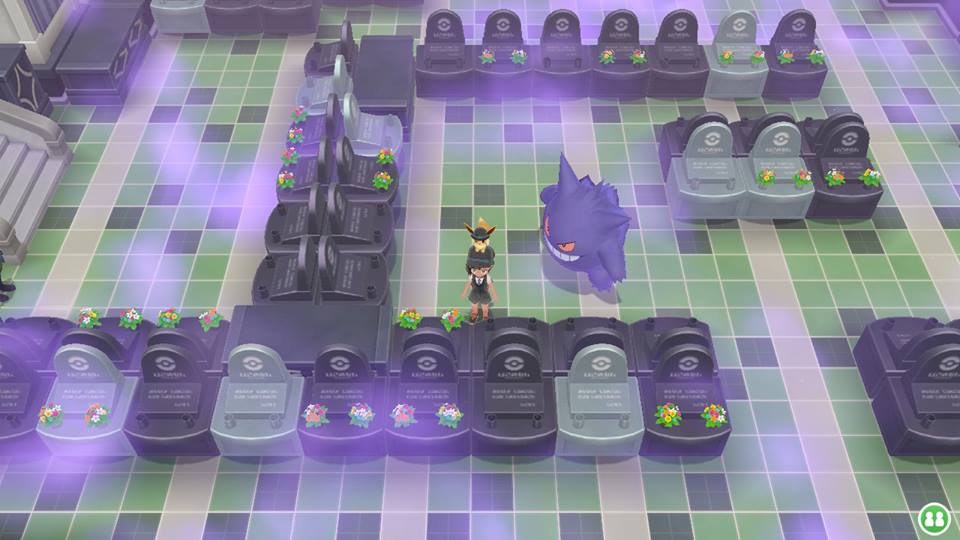 Despite getting rid of random wild encounters, they can still be as surprising as in the regular core series games. Just because you can see something, doesn’t mean it won’t run directly at you (Machoke seem to love doing this), spawn right in the path where you’re heading, or even spawn on the exact space you’re on. On that note, I have to rescind what I wrote about Zubat in a separate article being potentially redeemed in this game, as caves offer tighter spaces to walk and Zubat (and Golbat, for that matter) still spawn all over the place with erratic flight patterns. When I thought they couldn’t possibly be more annoying than they have been memetically known to, I was proven horribly wrong.

Integration with Pokémon Go is another huge feature of the game. It is an incredible idea in theory, especially for those of us who have still been playing the mobile phenomenon, but in practice it is honestly the hardest and most annoying part of the game. The amount of help threads and how-to videos on how to fix it is a little staggering. There are quite a few hoops one needs to jump through to get their Go account hooked up with their Switch and have the console actually identify it with its rather shoddy Bluetooth capabilities. Once you know what to do, however, filling out your Pokedex has never been easier.

Speaking of “easier,” this is probably the simplest Pokémon game or remake in the entire series. Again, this has a lot to do with being aimed at first-time players and has been a cause of derision among the fanbase – for no real reason, in my eyes. Pokémon Sun/Moon/Ultra Sun/Ultra Moon were also criticized heavily for holding players hands a lot, and while this one allows more freedom, it is still very easy but I don’t see why that’s an issue. Every RPG style Pokémon game has had a very easy main plot with a more complex and challenging competitive scene, so why all that is such a big deal now is a mystery to me. 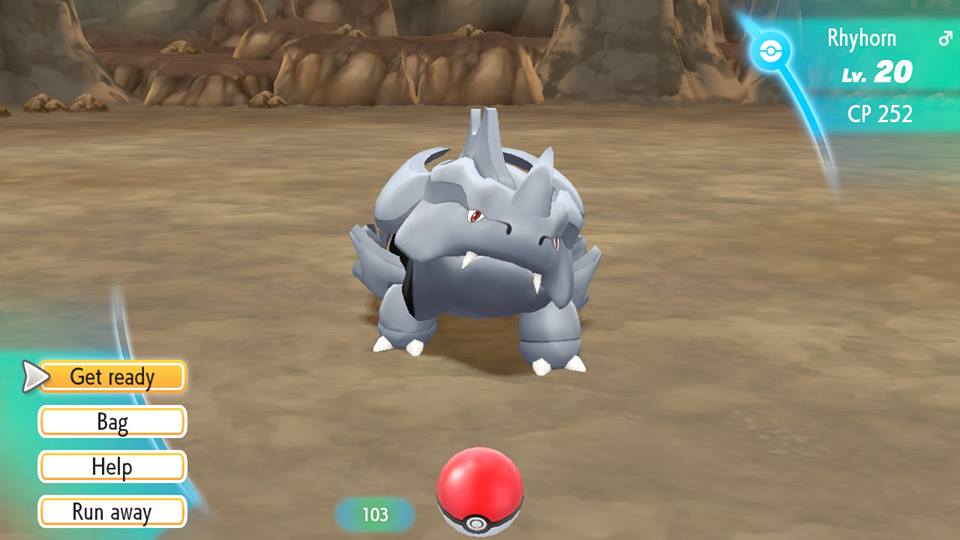 Perhaps one of the coolest – and most terrifying – features with the new catch system is there is still a battle system for wild event Pokémon. That means that before catching Articuno, Zapdos, Moltres, or the two sleeping Snorlax, you actually have to fight them and get their HP down to zero before the catching game starts. Why this is terrifying is because you also have to do this with Mewtwo. You can’t just chuck the Master Ball at it like you could back in the day — you have to actually fight and survive against the perfect genetic killing machine before making it your friend that can sniff out berries in bushes for you.

It’s also incredibly refreshing to return to Kanto with so many new innovations and upgrades from the series. Gone are the days of grinding tirelessly, as EXP is shared among all party members. No more running to Pokémon Centers to swap out party members, as you can simply do that on a whim from the start screen. Even battling Trainers for EXP is no longer an issue, as you get more EXP for catching wild Pokémon anyway. TMs are, of course, infinite use and there are no HMs, just adjacent moves your starter learns and they don’t even have to be in the party to use them. What many people could criticize as “getting easier” can easily be described as “anti-frustration upgrades.”

There really aren’t that many criticisms for this game beyond the same one that has plagued almost every game in the series to date: it’s just so short, especially as it features only the original 151. The game offers a sort of post-game with the Master Trainers, who are Trainers who specialize in certain individual species of Pokémon. There’s one for every single Pokémon, from Bulbasaur to Caterpie to Gengar to Magikarp. Other than that, and a few bonus events, the game is relatively brief. It may be even briefer if you’ve been playing Pokémon Go and have enough Pokémon to transfer into the game that you don’t have to tirelessly travel around or trade with friends to fill out the PokeDex. The brevity of the game is the only thing that really made me hesitant to drop $60 on it, considering that no other game in the Pokémon canon has really been more than $45. 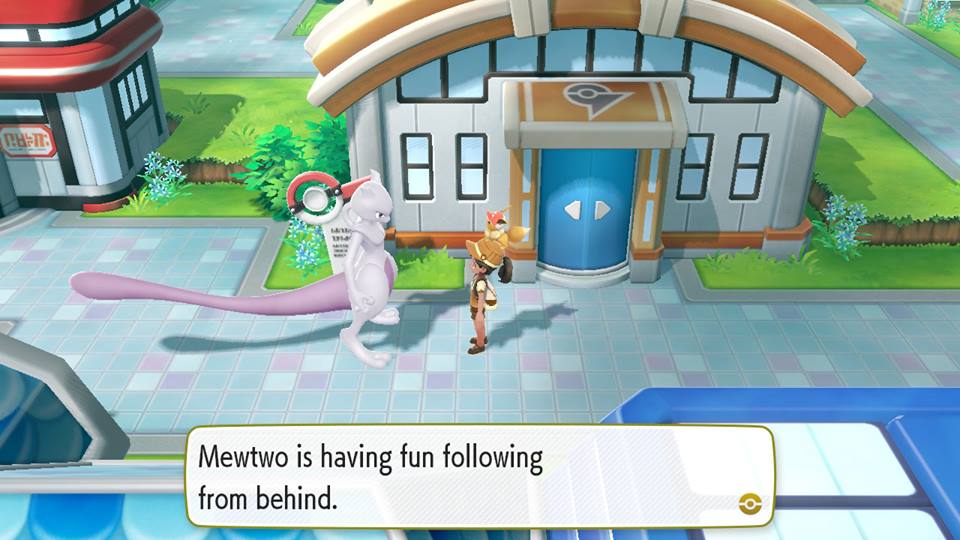 Personally, I put a factor of fun above and beyond any and all criteria for how good a game is. This is probably why I have and will always have Pokémon at the top of my list of my favorite games and my favorite video game franchise is because the games are immaculately fun. The fact that this game features co-op play made it even more fun. Though I’ve played every Gen to date, I went through this game with my girlfriend, who had never taken part in a Pokémon game outside of Pokémon Go. While everything in the game was something I’ve long since experienced, watching and being involved with someone going through all that magic for the first time honestly enriched the experience for me.

All in all, the Let’s Go games offer a beautiful counterpoint to many of the trends going on in modern gaming and is just something staying so true to itself. Pokémon is, and always has been, a franchise centered on exploring, making friends, and having a blast while doing it the way you want to. It’s the same adventure you remember from so long ago, but made infinitely better with the passage of time. For veteran players, it’s an incredibly fun stopgap until we get the full-blown Pokémon console game we’ve been promised for 2019, but for younger or first-time fans, it’s a joy that shows just how incredible this franchise has been for 20+ years.

Verdict
For veteran players, just experiencing the original games one more time in a brand new way is enough to put a smile on your face and reawakening that inner child. Playing along with a newcomer or first-timer makes it even more inviting and enjoyable, reminding you why you fell with love with Pocket Monsters in the first place.
9