Where To Play The Ratchet & Clank Games 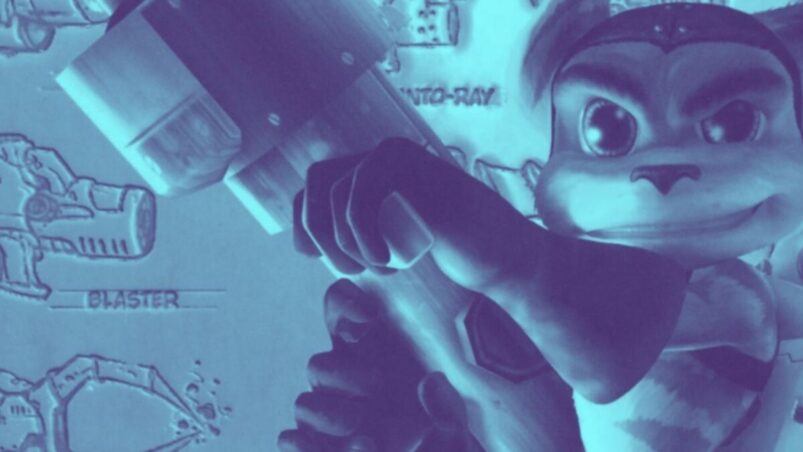 After Sony’s marsupial mascot exchanged Sony exclusivity for multi-platform mediocrity in early 2000, the Japanese console maker turned to two mascot platformers to fill the bandicoot-shaped hole he left behind: Jak and Daxter and Ratchet & Clank.

Jak and Daxter targeted teens and young adults with a look that was edgier than most of its peers, but Ratchet & Clank proved that adorable anthropomorphic heroes would never go out of style. And while both series would go on to have success in the 2000s, Ratchet & Clank was the bigger winner, eventually spawning multiple sequels, a whole series of side stories, and even a full-length animated kids movie.

Now, Ratchet & Clank are back in a dimension-hopping adventure that’s bigger and more ambitious than any its anthropomorphic hero duo have been through before. Ratchet & Clank: Rift Apart recently landed on the PlayStation 5 to glowing reviews, introducing a new generation of gamers to the series’ unique brand of weapons-based action platforming. If you’ve finished Rift Apart and are looking to jump into the history of one Sony’s most iconic franchises, here’s where to play the Ratchet & Clank games now.

Where Can I Play the Ratchet & Clank Games Now?

If you want to play the game that kicked it all off, physical copies of the original Ratchet & Clank for the PS2 can be easily found online.

Physical copies of Going Commando’s Greatest Hits release on the PS2 are available on the internet, but brand-new copies are a bit pricey, with some copies going for more than $50.

Ratchet & Clank: Up Your Arsenal

Ratchet & Clank: Up Your Arsenal (also known as Ratchet & Clank 3 in Europe) is most notable for being the first Ratchet & Clank game to feature online multiplayer (its servers were shut down in 2012). The game is the biggest and best-looking game of the series’ original trilogy and very highly rated by critics and fans.

Physical copies of the PS2 version can be easily obtained via online shopping platforms.

Ratchet & Clank Collection contains a remastered version of Up Your Arsenal for PS3 and Vita. Again, it’s a buggy bundle, so you might want to consider other options first.

Deadlocked is the last mainline Ratchet and Clank game released for the PS2. In a series first, Clank is not a playable character. Deadlocked’s darker tone and the shift toward more combat-focused gameplay resulted in some backlash from fans of the bright atmosphere and traditional platforming of its predecessors, but the game is still considered a solid addition to the franchise.

If you have a PS2, you can find plenty of physical copies of the game online. The PS2 version of Deadlocked is also playable on a fat PS3 via backwards compatibility. Online servers for the PS2 version were shut down in 2012.

A HD remaster of Deadlocked was released on the Playstation Network and made available for free to those who purchased Ratchet and Clank: Full Frontal Assault on the PS3. Online servers for the HD remaster were deactivated in 2018.

Ratchet & Clank: Going Mobile was a 2005 side scrolling platform shooter for mobile phones.

You’ll have to get your hands on an old Java phone (something like a mid-2000s Nokia or Sony Ericsson) and manually download the original app onto it if you want the authentic experience. If you’d rather play it on your modern smartphone, emulation’s the go-to solution.

Ratchet & Clank: Size Matters was the first Ratchet and Clank game for the PlayStation Portable.

The PSP version was positively reviewed, with critics praising its graphics and gameplay, and it would later go on to become one of the best-selling games of 2007. The PS2 version, however, suffered from technical issues and was poorly received. If you’re going to play Size Matters, play it on the PSP, if you can.

Physical copies of both the PS2 and PSP versions of Size Matters are available online.

You can play the PS2 version of the game on your PS3 via backwards compatibility (requires a “fat” PS3).

Ratchet & Clank Future: Tools of Destruction was the first PS3 installment in the franchise and kicked off the Future trilogy.

Currently, Tools of Destruction is only playable on original PlayStation 3 hardware. You can find physical copies online. New, unopened copies of this game can go for more than $120, so you might want to opt for a used version.

Clank is the star in this 2008 James Bond spoof for the PlayStation Portable. For the first time in the franchise, Ratchet plays a reduced role, but he’s still playable for a few segments. The PSP version of Secret Agent Clank received middling reviews, but the PS2 port wasn’t well-received by fans or critics. If possible, play the PSP version.

Physical copies of both the PSP and PS2 versions are readily available online.

The PS2 version of the game also runs on a fat model PS3 via backwards compatibility.

Copies of the original physical release of Ratchet and Clank Future: Quest for Booty are available online, though brand-new, unopened copies are pretty hard to find. The game is also available digitally on the PlayStation Store.

Quest for Booty can be played via Sony’s PS Now service, which lets you stream the original PS3 version on your PS4, PS5, or PC.

You can find tons of physical copies of Ratchet & Clank Future: A Crack in Time on online shops, including brand-new copies at reasonable prices. The game is also available digitally on the PlayStation Store.

A Crack in Time can be played via Sony’s PS Now service, which lets you stream the original PS3 version on your PS4, PS5, or PC.

Used physical copies of Ratchet & Clank: All 4 One on PS3 can be found online, though it’s fairly difficult to find brand new copies. The game can also be purchased on the PlayStation Store.

All 4 One can be played via Sony’s PS Now service, which lets you stream the original PS3 version on your PS4, PS5, or PC.

There are plenty of used and new physical copies of Ratchet & Clank: Full Frontal Assault for purchase on online stores.

Full Frontal Assault can be played via Sony’s PS Now service, which lets you stream the original PS3 version on your PS4, PS5, or PC.

Ratchet & Clank: Into the Nexus

Brand new physical copies of Ratchet & Clank: Into the Nexus are easily found online, but they’re quite pricey, with some sealed copies going for more than $150. Used copies are cheaper, but most will still cost you as much as a brand new game.

Into the Nexus can be played via Sony’s PS Now service, which lets you stream the original PS3 version on your PS4, PS5, or PC.

This 2016 “re-imagining” of the original Ratchet & Clank can be found in stores or online shops. The game is super cheap — you can get brand new, unopened copies for under $20.

Ratchet and Clank (2016) is also playable on a PS5 via backwards compatibility.

Ratchet and Clank: Rift Apart is the most recent game in the series and is a PlayStation 5 exclusive.

You can find new physical copies in stores or download the game via the PlayStation Store.

READ NEXT: Where To Play the Burnout Games