Where To Play The Jak and Daxter Games 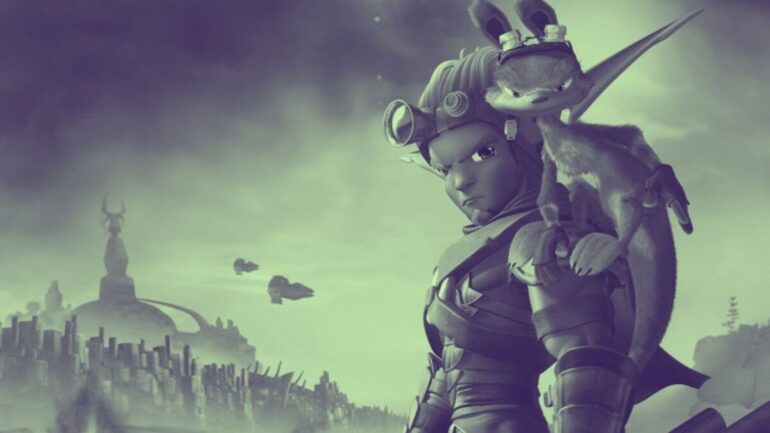 Let’s take a quick trip back to the late ‘90s. Sony’s exclusivity deal with Vivendi Universal for Crash Bandicoot was coming to an end, leaving the Japanese tech giant without a mascot for their upcoming PlayStation 2 console. In dire need of a killer app to fill Crash’s big, red, empty sneakers, Sony turned again to the veterans at Naughty Dog hoping that lightning would strike twice for the team that had brought them Crash Bandicoot.

Naughty Dog’s solution: Jak and Daxter, an open-world action platformer starring the elfish teen, Jak, and his human-turned-otter-weasel companion, Daxter. With its genre-bending mix of platforming, puzzle-solving, brawling, and racing elements, the Jak and Daxter series was a massive hit for Sony. It would go on to become a defining franchise for the PlayStation 2, spawning four mainline games, several spin-off titles, and selling over 15 million copies.

If you’re looking to replay this classic PS2 series or missed the games when they first came out, here’s a complete list of where to play the Jak and Daxter games now.

What Happened to the Jak and Daxter Series?

Although nearly all of the Jak and Daxter games have been well-received by critics and fans alike, sales reflected a waning interest in the franchise, with numbers steadily falling with each subsequent release. Yet, despite dwindling sales, members of Naughty Dog still expressed an interest in continuing the franchise well into the PlayStation 3’s life cycle. So, why has it been more than a decade since the last Jak and Daxter game?

Well, once the seventh generation of consoles came around, mascot platformers were long out of mode. And although Naughty Dog were keen to continue the saga of Jak and Daxter, the team eventually decided to move on with new IPs that would become Uncharted and The Last of Us.

As of the time of publishing, it’s been more than a decade since the release of the last mainline title, 2009’s Jak and Daxter: The Lost Frontier. In a recent interview, Evan Wells, co-President of Naughty Dog stated that no new Jak and Daxter project is currently in development.

Where Can I Play the Jak and Daxter Games Now?

Where To Play Jak and Daxter: The Precursor Legacy

The Precursor Legacy is also available digitally on the PS Store for the PlayStation 4 under the “PS2 Classics” brand.

A physical, limited run Collector’s Edition of the game is available for the PS4, but prepare to spend a hefty sum of money for it.

The PlayStation 2 version is readily available on eBay and Amazon. If you’ve got a working PS2, you can enjoy the original experience without much hassle.

Additionally, all PS4 versions of The Precursor Legacy are playable on the PlayStation 5 via backwards compatibility.

Where To Play Jak II

Jak II is also a “PS2 Classic” and can be bought digitally on the PS Store for the PlayStation 4. A Limited run Collector’s Edition of Jak II is available physically, but it’s hard to find and will cost you a pretty penny.

Alternatively, the PS2 version can be easily found online if you want to play on the original hardware.

All PS4 versions of Jak II are playable on the PlayStation 5 via backwards compatibility.

Where To Play Jak 3

Jak 3 is part of the PS2 Classic brand and can be purchased digitally for the Playstation 4 via the PS Store. Like The Precursor Legacy and Jak II, there is also a limited run Collector’s Edition of the remastered version of Jak 3 for the PS4.

All PS4 versions of Jak 3 are playable on the PlayStation 5 via backwards compatibility.

Where To Play Jak and Daxter: The Lost Frontier

The Lost Frontier received lukewarm reviews from critics and the reception from players wasn’t too hot, either. The original PS2 and PSP discs are relatively difficult to find online. They’re also rather pricey due, but if you just have to play the worst rated game in the franchise, you’ll have to do so on the original hardware.

Jak X: Combat Racing was the vehicular combat spin-off featuring gameplay inspired by the Twisted Metal series. You can find a HD remaster of it in the Jak and Daxter Bundle for the PlayStation 4.

Jak X: Combat Racing is part of the PS2 Classic brand and can be purchased digitally for the Playstation 4 via the PS Store.

A limited run Collector’s Edition of the game exists for the PlayStation 4, but it’s extremely difficult to find.

Like The Lost Frontier, the PlayStation 2 version of Jak X: Combat Racing is a bit harder to find a physical copy of.

All PS4 versions of Jak X: Combat Racing are playable on the PlayStation 5 via backwards compatibility.

Where To Play Daxter

Daxter was the spin-off platformer featuring Daxter as the primary protagonist for the first time. Released as a PlayStation Portable exclusive in 2006, Daxter is yet to be remastered for modern consoles.

READ NEXT: The Best PS5 Games For Kids of All Ages