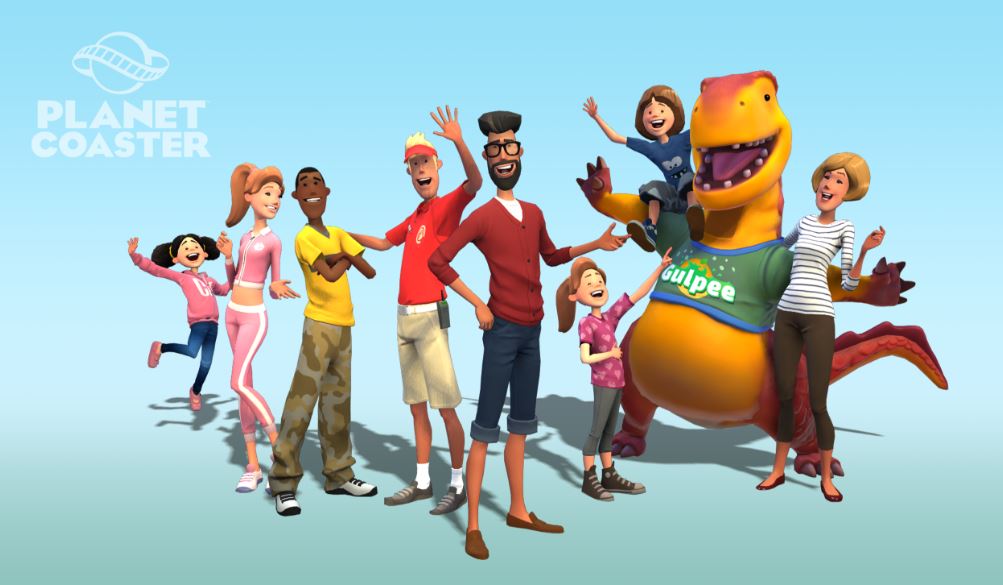 There’s an old saying: you wait years for a sandbox theme park building game and four come along at once. Well it was a saying in my household.

I personally own all these titles. I admit I may have a theme park building problem, though it gives me the ability to compare all these games. I won’t go on about them too much as they’re all in an Early Access state (although Rollercoaster Tycoon World has suddenly been ‘released’), but it is interesting to note that Planet Coaster was the last game to be announced and the first game to be released from the bunch. That’s nothing major to be honest, both Parkitect and Theme Park Studio are being made by smaller studios, Texel Raptor and Pantera Entertainment respectively. But both Planet Coaster and RollerCoaster Tycoon World have bigger studios behind them, Frontier who are fresh off Elite Dangerous and Atari who have persuaded Nvizzo Creations to make their game, who I’d assume don’t have as much experience in the genre, which could explain the longer development cycle.

Planet Coaster feels like a proper sequel to RCT3. It brings back a number of features that made RCT3 such a success, whilst building upon many other features. I’ve read a number of opinions that the game doesn’t advance the genre very much, it’s a difficult game to improve upon as Rollercoaster Tycoon was pretty much perfect first time. But that said, the game does make a number of small but important improvements.

There are three modes in Planet Coaster. Career mode gives you a number of half finished parks and gives you tasks to complete, much similar to those in earlier RCT games. Sandbox mode is easily the best mode. Here’s all the rides, here’s all the money, here’s a massive piece of land. Go build the most awesome park ever. Good job! Challenge mode is somewhere in-between the two, it gives you open land but also provides challenges to complete, like earn X amount of profit from roller coasters.

The main thing you’ll notice is the lack of a grid. In a similar way that the SimCity reboot (and Cities: Skylines) threw away the grid based gameplay of SimCity 1-4, Planet Coaster has moved away from the grid=based gameplay of the RCT series. As silly as it sounds, I never thought that the game would work without a grid. I’ve always envisioned crazy paths uneven queue systems, things that make my theme park based OCD go crazy. But the path making of Planet Coaster works perfectly – it’s open and free enough to let your creativity go wild, paths curve with ease and look good, and queue paths are just as easy to put together, giving you the freedom of path making but also giving you enough precision to make snaked queues that don’t look terrible and make use of space to allow you to jam in more people into each queue.

Another minor feature is being able to adjust the sequence of any given ride. For instance, my Rocktopus ride was making a loss. So the ride’s sequence goes spin, bounce, wave, spin, bounce, wave. I simply removed the last three sequences, which meant the ride didn’t take as long to complete and I was able to get a quicker rotation of customers on the ride, which meant more profits. However, do be aware that patrons will recognise this and if a ride doesn’t look good value for money, they won’t ride. Staff work mostly the same as they did in RCT3. Hire them and place them: they’ll wander freely unless you give them an area to patrol. This is easier in Planet Coaster: simply select the rides or buildings for them to work around and they’ll do it. So much easier than having to select areas of the floor to patrol.

The rollercoaster builder has also been tweaked, and while it was pretty perfect to start with, Frontier have added some basic features to make building your custom coaster easy. There’s a lower panel that handle angles of the track, loops, twists, breaks et al. There are also blue circular icons at the end of the current piece of track which when clicked and held will adjust height, length and direction of the track. Within minutes I was creating my very own coaster. Okay, I admit it made everyone sick and too scared to go on it, but it was mine!

Planet Coaster looks wonderful. Frontier decided to continue with the style that RCT laid down. Keeping the aesthetic cartoony and cute, the worlds give you the impression of those theme park guide maps you always get: bright and breezy and always fun. The graphics, while impressive, ran well, and only really struggled when there was multiple things happening on screen and that issue was more to do with my dated graphics card than anything else. he sounds are pretty standard fare, the twinkly fun fair style music which might seem annoying in other titles seem to work well here.

There are a few downsides, the amount of rides in the game is much less than original and I believe that they may well be held back for DLC. It’s a bit of a disappointment to see seeing as to many fans this game is meant to be the ‘proper’ sequel to the RCT series. But then again, that’s the video game industry in 2016 for you.

Planet Coaster doesn’t innovate, but it doesn’t need to. There are several minor improvements within the genre which are enough to see Planet Coaster become the best theme park-simulator-manager game on the market today. Frontier have swept aside any rivals in this genre – although most of the competition is in Early Access, many of them won’t get close to this game. This game is a must have for RCT fans and fans of building management games are likely to highly enjoy Planet Coaster.