ST Cartledge’s Pixel Boy in Poetry World is a collection of poetry divided into two themed sections. The first part, for which the book is titled, is a series of narrative poems about the adventures of a character called Pixel Boy. The second, called “It’s Raining Basho in My Mind,” is a collection of poems themed around the 17th-century Japanese haiku poet Matsuo Basho.

In the story of “Pixel Boy in Poetry World,” a video game character called Pixel Boy finds himself thrust into a land called Poetry World, a world filled with poems and words. He finds himself confused, being a video game character unfamiliar with the rules of poetry. He meets a girl called Poetry Girl who helps guide him and eventually the video game and the poetry worlds collapse in on each other, forming a hybrid unwelcoming to both Pixel Boy and to the poets.

“This level is like no other one he has come across before.
The other side of the portal is a strange place.
It touches him beyond the pixels which make up his image.
It scratches like a tortured widow’s pen, madly, across
a page.”

This section could best be described as a bizarro story told in poems. Pixel Boy is a video game creation who is aware he is such. He knows he is made out of pixels and stepping into Poetry World, a world made entirely of words, is a shocking experience to him. The story is a fairly basic one, a character journeying into a strange world and fighting for survival. However, it’s told in a unique way, from the form of a series of poems to descriptions of the worlds.

The story of Pixel Boy makes for an entertaining read and examines the lines between artistic mediums. Video games and poetry are two creative forms which many would perceive as incompatible, and in Pixel Boy’s story, they make for a strange and often unpleasant experience when the two collapse in on each other. They are both, however, means of creativity and Cartledge compares and contrasts the two in a fascinating way.

“It’s Raining Basho in My Mind” is a collection of poems all themed around the Japanese poet Matsuo Basho who is often considered one of the greatest writer of haiku. It tells a loose, surreal narrative of Basho traveling to various times and locations with references to the common themes of his poems and his influence on Japanese culture.

“Basho disappears into the pond
becomes it
becomes everything around it.

He leaves a trail of haiku in his wake.”

Cartledge makes use of some excellent imagery here, paying tribute to the poet in a unique way. Though Basho’s medium was haiku, there are only a couple actual haiku here. While making this section entirely haiku would have been too obvious, it could have had a couple more. However, it still does a great job of presenting the poet through its own mostly free verse form. I found myself very interested in reading more of Basho’s work after reading this section. 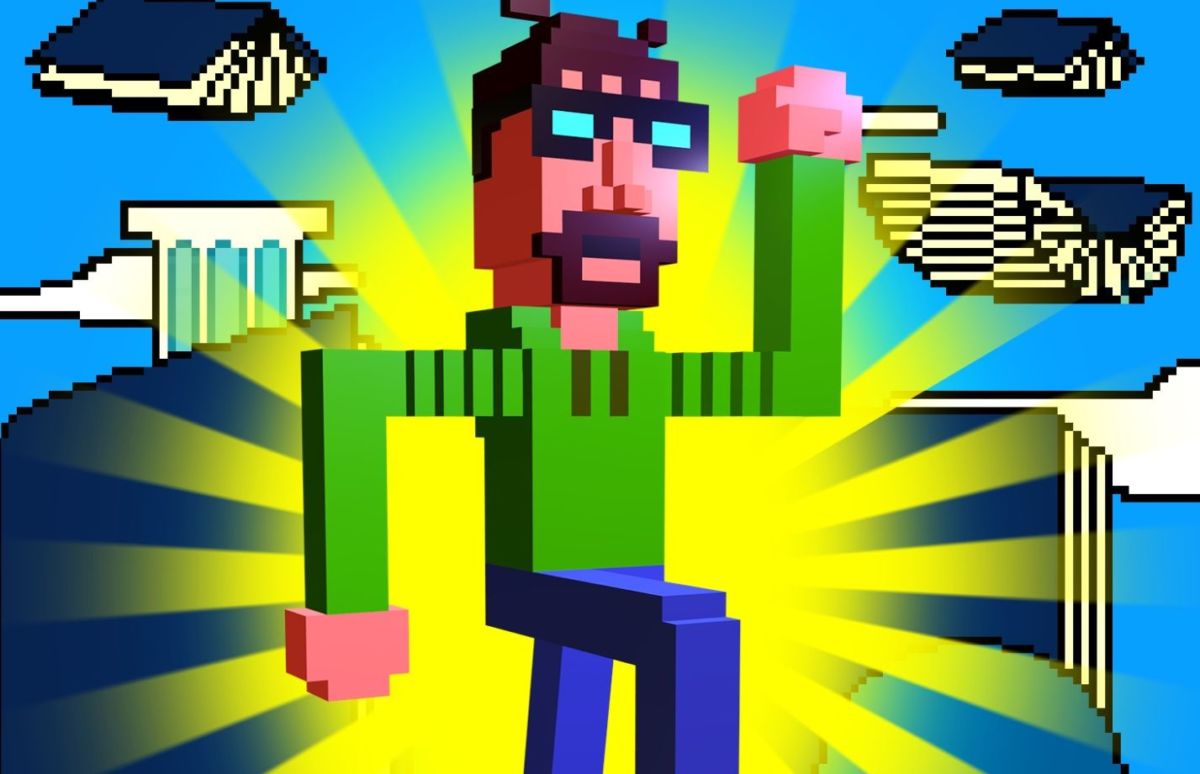 Verdict
Pixel Boy in Poetry World is a solid, unique collection of poetry. ST Cartledge shows a great command of language, tells an enjoyable story about video games and the nature of creativity in the first part, and does an engaging examination of a Japanese poet in the second. It's an unusual set of subject matter, but Cartledge pulls it off. I believe even many who aren't normally fans of poetry will also enjoy this
7.5
Cultured Vultures is a pop culture website established in 2013 covering all things gaming, movies, and more. We eat your words.
All The News On The Biggest Games