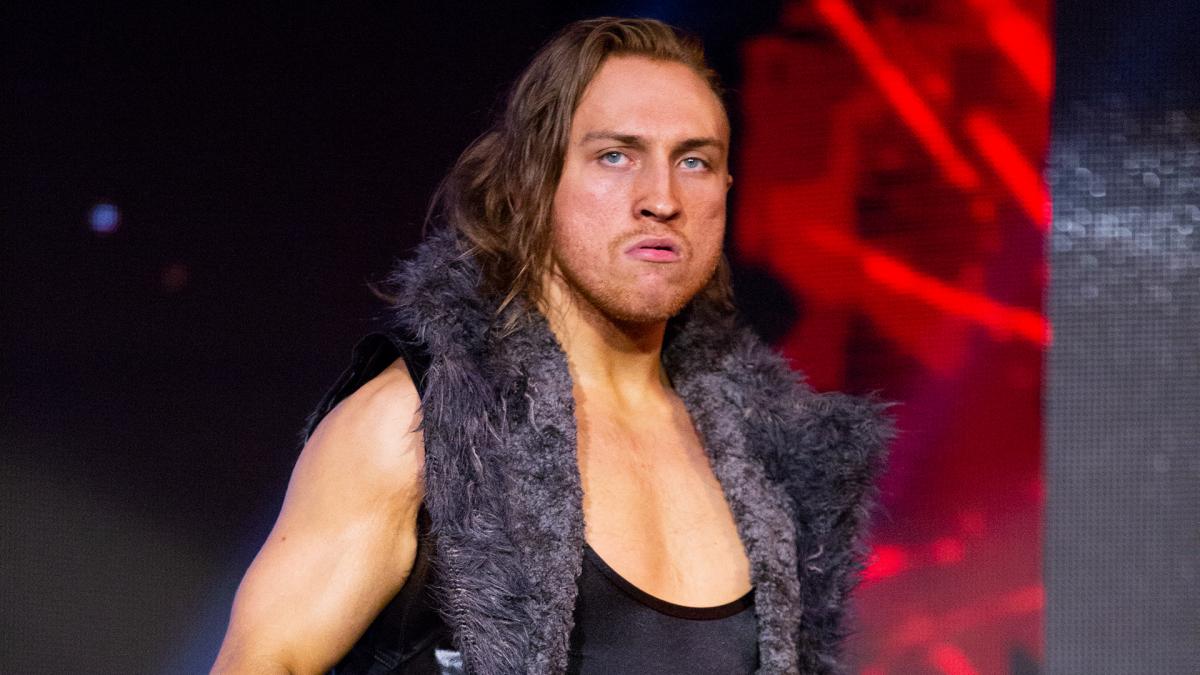 At NXT Halloween Havoc, ‘The Bruiserweight’ Pete Dunne finally made his return to the US branch of the black and gold brand.

Having been kept on the shelf due to travel restrictions, Pete has been itching to get back in the ring and carry on doing what he does best. Before COVID hit, Dunne was on an absolute tear in the NXT Tag division, having won the NXT Tag Team titles alongside Matt Riddle to form The Broserweights.

Now that Riddle has left for the main roster, it leaves Dunne in a bit of an awkward position. Luckily, the longest reigning champion of the modern era wasn’t waiting for the booking department to come up with something for him to sink his gumshield into. Aligning himself with Pat Mcafee’s new stable, Pete joined the new NXT Tag Team champions, Oney Lorcan and Danny Burch, to keep the Undisputed Era from regaining any momentum, battering Kyle O’Reilly to the shock of the NXT Universe.

A heel Pete Dunne is absolutely what the world needs right now, the more vicious and bitter kind of ‘Bruiserweight’ that he became famous for.

With his new, leaner physique to boot, this should only be the beginnings of a very successful run in NXT, but who exactly could the BritWres legend start feuding with as he makes his return to American wrestling? We run down 5 potential return feuds for Pete as he re-establishes his dominance on the black and gold brand.

I think it goes without saying that ‘The Bruiserweight’ is about to enter a feud with UE’s Kyle O’Reilly, and what a way for Dunne to return to form than with a grapple-fest against one of the best in the business today. Kyle has just started to scratch the surface of his singles potential, having competed in the main event of TakeOver 31 against NXT Champion, Finn Balor.

A match between him and Dunne could help further establish both men as dependable stars, giving them the chance to steal the show with their mat-based skill-set. This should be an absolute classic from the get-go, with both men opting for a more physical match that would make Bret and Austin a little jealous.

Even if they’re going to use this as a prelude to an even bigger match between McAfee’s crew and The Undisputed Era, perhaps culminating at the next instalment of NXT WarGames, then this should be a fantastic taste of what’s to come.

‘The Time Splitter’ has evolved into a meaner, more brutal version of his former jovial self. The Japanese star has picked up some huge wins as of late over the likes of Velveteen Dream and Tommaso Ciampa, a huge nod to the potential of KUSHIDA and the faith that the backstage presence has in him.

KUSHIDA could very well be working his way towards a mid-card championship in the near future, so what about a hard-hitting affair with ‘The Bruiserweight’ to help him on his way.

KUSHIDA and Dunne have yet to collide, despite sharing a very similar style that’s heavily based on MMA. Much like the match with O’Reilly, this could steal the show and get people talking about these two being the future of WWE’s third brand.

I personally see both of these superstars as future champions, getting them to have to go through each other would be nothing short of a dream match.

‘The Irish Ace’ is soon to be returning to action as part of NXT UK, with the intention of proving that he is the rightful Cruiserweight Champion. Of course, we’re eventually going to see the champion vs. champion match between Devlin and Santos Escobar, but should Devlin walk away with the victory over the leader of Legado Del Fantasma, then what if Pete Dunne were to step up to capture his second singles championship?

Dunne and Devlin could absolutely kill it in the Cruiserweight division, bringing that flavour of British Strong Style to WWE once again to sweep up those match of the year awards. Devlin was set to become a breakout star in the 205 division, with COVID bringing a huge halt to that following the global travel ban.

Now that Devlin is returning to NXT UK, and has his sights set on bringing the black and purple belt back overseas, a brutal, bloody match with Pete Dunne could be on the cards in due course. 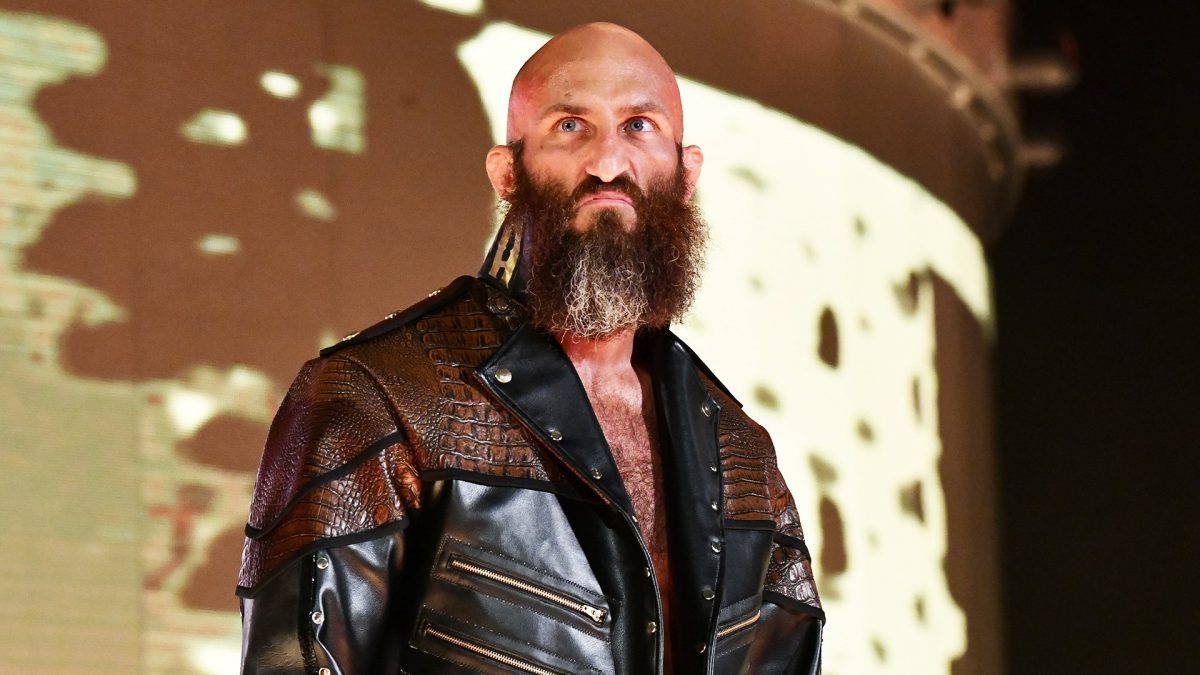 While ‘The Bruiserweight’ was killing it as NXT UK Champion, ‘The Blackheart’ was tearing things up as NXT Champion. There’s no doubt that a clash between these two titans of NXT would be marquee, with both men using their villainous tactics to one-up each other.

Ciampa has had some phenomenal matches in the past against British wrestlers, just look back on his series against Zack Sabre Jr. if you need a reminder of how great Ciampa can be. If he and Dunne were allowed 20-25 minutes to go all out on one another, then we’d have ourselves a potential career match for both men.

Ciampa has been in dire need of a big feud to help propel him back into the main event scene, and Peter needs a big return feud, surely this is a win-win for all involved.

The current NXT Champion has been sidelined with an injury, but interestingly, NXT hasn’t stripped him of the championship. Hopefully we’ll see Finn Balor return to action sooner rather than later, especially now that one of BritWres’ greatest exports is back to challenge the old guard. If Dunne is delving back into heel territory, then a stiff affair against ‘The Prince’ could be exactly what Pete needs to whip himself back into gear.

‘The Bruiserweight’ has challenged for the NXT Championship in the past, in the first ever main-roster NXT title match against Adam Cole at Survivor Series. That helped Dunne look like the star he deserves to be on the brand, not just the token British guy. Without a doubt, Dunne is a big enough talent to warrant another shot at the gold, once he’s found his feet again on the US roster. A match with Balor is almost inevitable, maybe even making him the only credible opponent who can dethrone the champ.

As far as dream matches in NXT go, this is a pretty big one.