Pet Sematary has solid scares and performances, but never manages to reach greatness the way other recent Stephen King adaptations have. 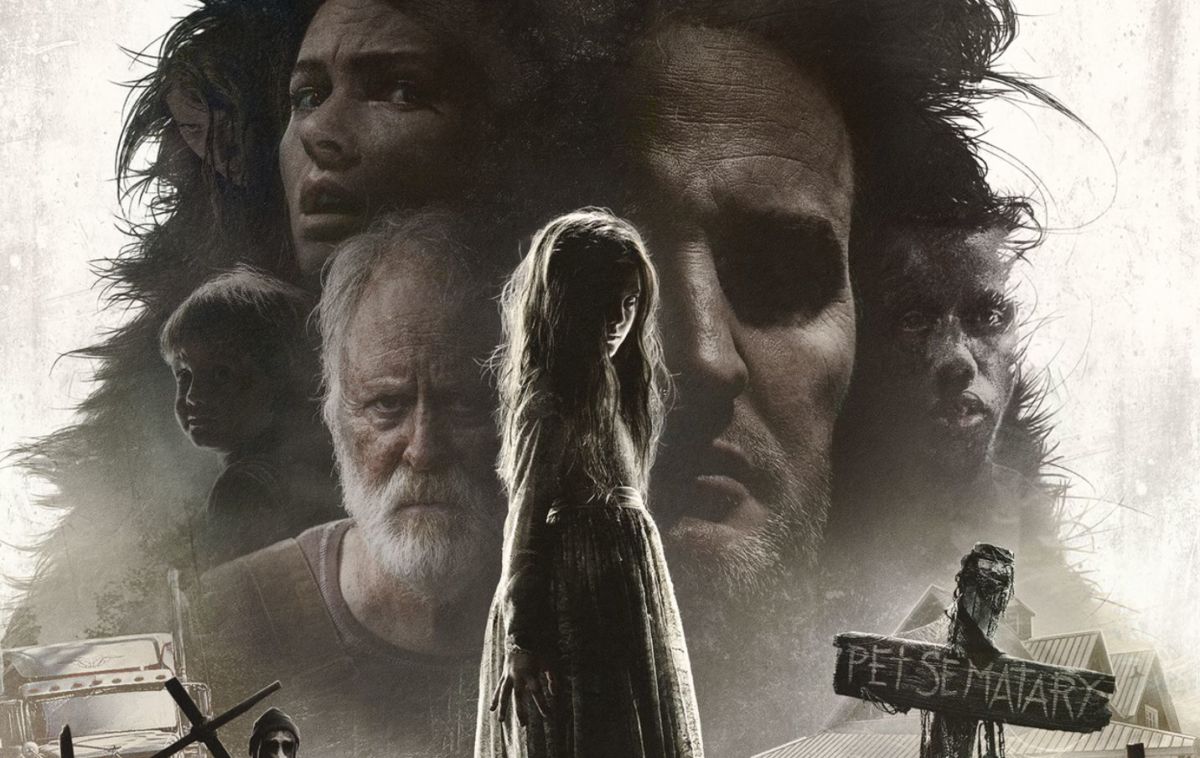 Stephen King has been frightening readers and moviegoers alike for decades now, but to me, he’s always been at his scariest when the real monsters of his books are ordinary people. You can throw as many evil clowns, demons, possessed cars, and alien creatures at audiences as you want, but the true terror comes from King’s human characters, and the evils that we know they’re capable of.

Pet Sematary is one of the writer’s most unsettling and memorable stories he’s ever written, in part because it’s significantly different than his usual flair. It’s a story about making sense of one’s mortality, dealing with grief, and the constant human mistakes that we make. This most recent adaptation, put together by the directing duo of Kevin Kölsch and Dennis Widmyer, offers some good, chilling scares, but doesn’t reach far enough into what really makes this story as chilling as it is.

That’s not to say that the film doesn’t make a solid attempt. This adaptation shifts the focus almost entirely to inward reflections on mortality and how difficult conversation about it can be, rather than ruminating on grief as the book does. When the film is taking its time with dialogue about death, what happens when our lives end and what’s beyond it, it’s great. Pet Sematary is a real slow burn of a story: most of it is spent creating an atmosphere of unease and dread while setting up the chain of events that lead to its explosive ending. Not much actually happens until the final act, so this adaptation pads out the first two thirds of the film with lots of jump scares to keep your attention. That can work, and the scares aren’t necessarily as cheap as you might find in another run of the mill horror flick, but it’s still a problem: it makes the film feel a bit too conventional, when the story it’s based on isn’t your standard brand of horror.

Louis Creed (Jason Clarke) has just moved to rural Maine, in a house right off the freeway and far enough away from civilization. He’s brought his wife, Rachel (Amy Seimetz), his daughter, Ellie (Jeté Laurence), his son, Gage (Hugo Lavoie), and their cat, Church. They only have one neighbor, the old and mysterious Jud (John Lithgow), and he makes them aware of the pet cemetery (misspelled by the children who frequent it), a final resting place for the town’s beloved animals, that lies on their new property. But beyond the cemetery, deep in the woods, lies an ancient area where the ground itself is bad, or “sour” as Louis calls it at one point. When tragedy strikes the Creed family, poor decisions are made and the ancient burial ground is put to use, setting off a chain reaction that awakens a terrifying evil.

Most of the film’s weight is carried on Jason Clarke’s shoulders, and he’s more than up to the task. Louis is the one who makes the decision to shield his daughter from death and grief, leading to terrible consequences, and it’s also Louis who slowly loses grip of his sanity as he goes through grief of his own. Clarke is brilliant in the role, but I was pleasantly surprised to see a decent of time spent with Rachel as well, allowing her own experiences with death to help ramp up the tension. There are a couple deviations from the source material (and the 1989 movie), which the film acts tongue-in-cheek about, but nothing so major that it really changes anything about the story.

All of the right elements are present and accounted for – great performances, a chilling score, interesting themes – but something about this adaptation just falls flat. There’s not enough meat on its bones. The third act never feels as grand or scary as it should, it just plays out, and, despite the time spent leading up to it, never feels truly earned. The jump scares littered throughout the first two acts take away from the terror of the third. It should feel like the film has built up to this explosive and relentless ending, but it’s been popping out at you the whole time already, so the finale just ends up on the same level and energy as the rest of the film.

Still, there’s enough good happening that makes it a passable horror film. But now that we’ve been spoiled by this sort of renaissance of Stephen King adaptations, and with audiences wanting a more cerebral and unconventional approach to the horror genre in general, passable doesn’t quite cut it. Perhaps Pet Sematary should’ve stayed buried, at least for now.

Verdict
Pet Sematary has solid scares and performances, but never manages to reach greatness the way other recent Stephen King adaptations have.
5.5
Cultured Vultures is a pop culture website established in 2013 covering all things gaming, movies, and more. We eat your words.
All The News On The Biggest Games