Palm Springs REVIEW – Worth a Repeat (Many Repeats)

Hulu and Neon strike rom-com gold with this gem of a film. 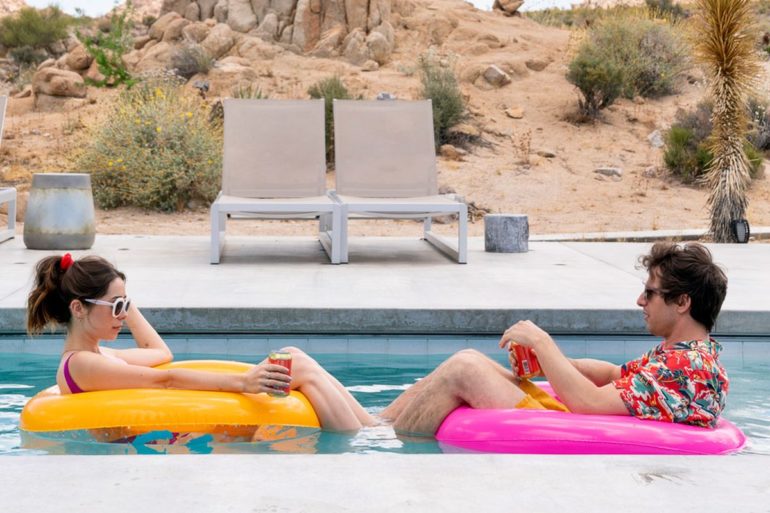 Palm Springs is a time loop movie, a concept that has been tackled in a myriad of ways since Groundhog Day. We had Edge of Tomorrow, Happy Death Day, Before I Fall – all of which brought a little something new and different to the premise. Palm Springs is right up there with the lot of them, though it is slightly more nihilistic in its portrayal.

In all the other movies (besides The Edge of Tomorrow), the protagonist is stuck in these time loops so that they are forced to be better, to learn and grow from this process. Palm Springs isn’t about that. Yes, there is some measure of growth, as is the case with most rom-coms, but Palm Springs dares to offer a commentary on life itself.

The movie begins with Andy Samberg’s character Nyles partaking in an unsatisfying romp with girlfriend Misty (Meredith Hagner). He doesn’t appear happy, and we learn that the couple is there to attend the wedding of Tala (Camila Mendes) and Abe (Tyler Hoechlin), since Misty is one of Tala’s bridesmaids. Nyles doesn’t seem to care, dressing for the wedding like he’s going for a luau, yet somehow saving Cristin Milioti’s Sarah from having to make a wedding speech she didn’t prepare for. The two head off for a bit of nookie in the wilderness, before shenanigans ensue, and Sarah finds herself drawn into the same time loop that Nyles has already been living in.

The structure of the movie is really top-notch. Oftentimes events will play out from either Sarah or Nyle’s perspective, before the film rewinds itself to show us things from the other’s point of view. In framing the movie in such a manner, it strongly asserts the presence of the time loop, with the day forever turning back on itself, dooming those stuck in it to play through it over and over again. Samberg and Milioti are a great comedic duo, and the film has a lot of fun in letting their characters just run amok.

There are so many laugh-out-loud moments, but for me, the dance scene involving the two in a bar is top-notch – as we know, any rom-com worth its salt needs to have a dance scene. Also, J.K Simmons, minor character or not, simply steals the show whenever he’s on screen. I never thought I would see him and Samberg in a bathtub together, and if that’s the type of thing you want to see, then you know what you need to do, which is sign up for Hulu (hey, that rhymed). I jest of course, it isn’t as salacious as it sounds.

As Sarah and Nyles spend more time together, being stuck in a time loop doesn’t feel so bad. But there are hiccups, of course. Sarah can’t seem to let go of the baggage of her past; her two year marriage that didn’t work out, the horrible things she’s done since then. Every single day when she wakes up, she is forced to acknowledge that she isn’t a good person. Nyles, on the other hand, doesn’t want to look back. He says he wants to move forward, yet he doesn’t want to budge from where he is. He is stuck in this mundane, routine existence since he has convinced himself that this is all there is.

But this isn’t the case. Even when things seem impossible, there is always a way out of the box we find ourselves trapped in. Maybe it involves some kind of destruction in order to escape it, but we need to move forward while rising above our past. Life can be a bit of a rut sometimes, but Palm Springs reminds us that if we have someone to share it with, things get a little less mundane. And with the right person, even the most boring of days can seem like the time of your life. 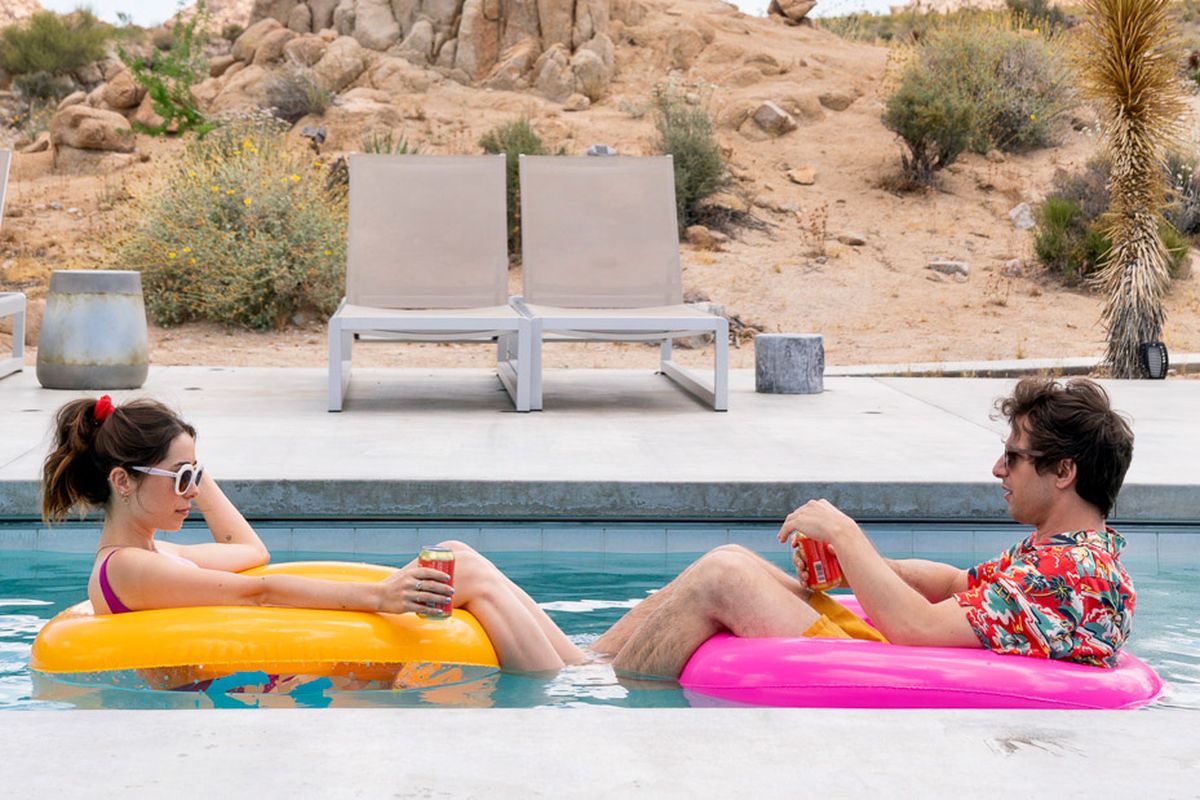 Verdict
Palm Springs is a reminder of what the romantic comedy does best: bringing the laughs and teaching us a thing or two about love and life.
8.5
Cultured Vultures is a pop culture website established in 2013 covering all things gaming, movies, and more. We eat your words.
All The News On The Biggest Games